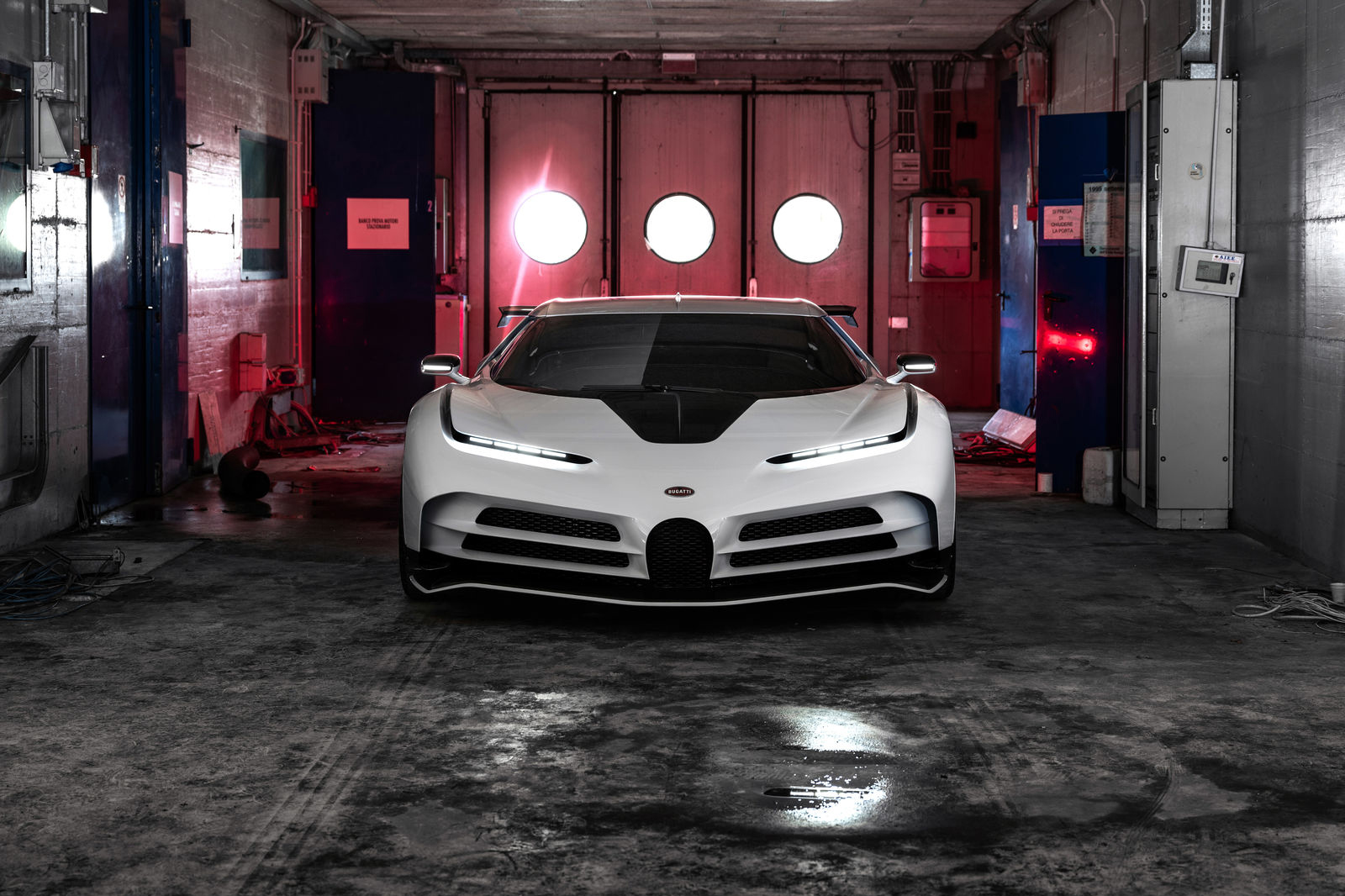 You couldn’t miss the big car news from this past weekend: Bugatti set a world speed record for a “near production” car when factory test driver Andy Wallace drove a modified Chiron to 304.773 mph on Volkswagen Group’s Ehra-Lessien test track in Germany.

That’s it. There will be no coming back to try for an even 305 mph, according to Bugatti president Stephan Winkelmann. He says the marque will now focus on “other areas,” which you can interpret as you wish.

The record, which was set in a one-off, specially outfitted “long tail” Chiron, comes on the heels of Bugatti’s unveiling at the Pebble Beach Concours d’ Elegance of another ultra-limited production model, the Centodieci. This car has the same higher-powered engine tune as the record setting Chiron, but a lower top speed. 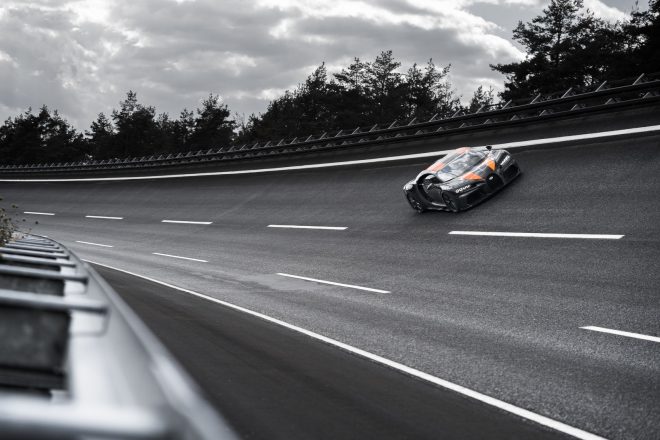 The most successful high-line car makers are experts at leveraging brand heritage. In recent years, we’ve witnessed an long parade of cars that celebrate, commemorate or honor something from the past. Customers, it seems, generally embrace the tactic when it yields memorable limited-production models.

Bugatti has mastered this “art,” as evidenced even in its model names. Their latest model links to the original Bugatti marque that made its last car in the early 1950s. Now, current Bugatti is honoring the one model made by the first Bugatti revival of the early 1990s, the EB 110, with a car called Centodieci, Italian for “110”.

Here are two more numbers for translation: Bugatti will make just dieci (10) of these, each priced at $9m. And, of course, all dieci of them have already been sold. The unveiling at the Pebble Beach Concours d’ Elegance was more of a marketing message; customers will not get their Centodiecis until duemilaventuno (2021), by which time there could well be another Bugatti model to top it. 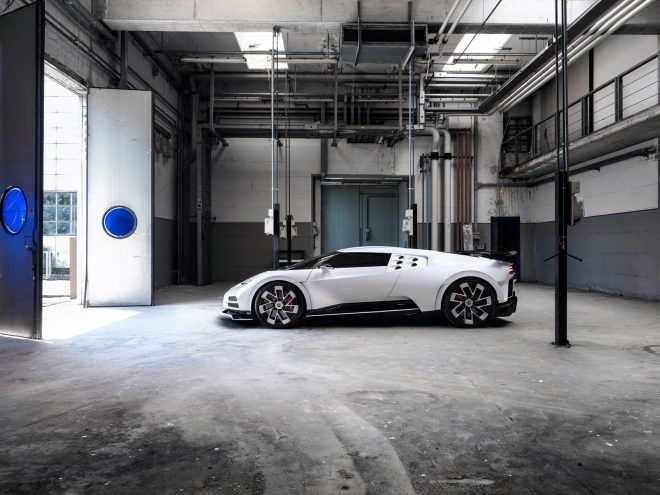 The original Bugatti marque was French, but the Bugatti name itself is Italian. This already had some people confused about the marque’s country of origin. Then along came Italian entrepreneur Romano Artioli, who acquired the dormant brand in the late 1980s. Artioli put the EB 110 on the market a few years later, and built his cars in Campogolliano, Modena, Italy. Hence,  the new Bugatti chose to honor that period of the marque’s history with the Italian translation for 110 “centodieci.”

Although just 139 Bugatti EB 110s were made, the car left its mark as the kickstart to a new hyper-car era. The EB 110 was certainly innovative built around a carbon fiber structure and powered by a bespoke 553-horsepower V-12. It boasts five valves per cylinder and four turbochargers. In 2011 when VW revived Bugatti and took it back to its ancestral home of Molsheim, France, it chose the hyper-car route with the Veyron. 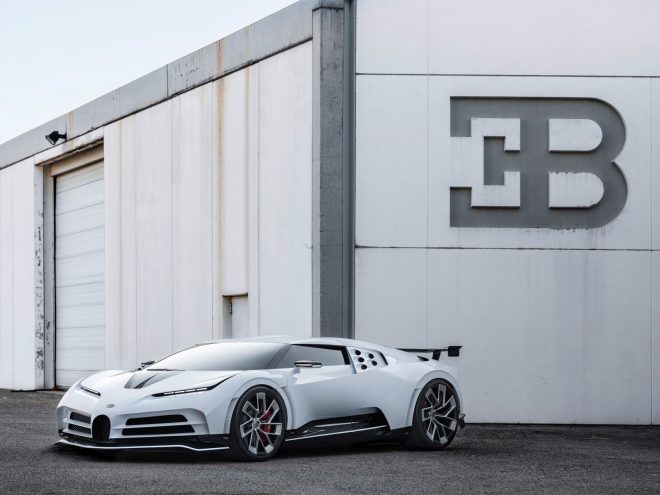 Another Year, Another Nod to Heritage

If it seems like only last year when Bugatti was introducing the Divo, a $6m special model, it was. That happened at the 2019 edition of The Quail: A Motorsports Gathering. The Divo honored a Bugatti race driver from the 1930s and with 40 made, it’s practically mass-market compared to the Centodieci.

The Centodieci is based on the Bugatti Chiron,but with a body design that resembles the EB 110. You see it in the less bulbous shape, narrow headlights and downsized horseshoe-shaped grille. The cheese grater design element behind the side windows was also inspired by the EB 110.

Bugatti introduced journalists to the Centodieci at the long-closed and now derelict factory in Modena where the EB 110 was made. The old plant is where the featured photos were taken. This shows that there might not be a limit to how far you go to drill in the heritage message. 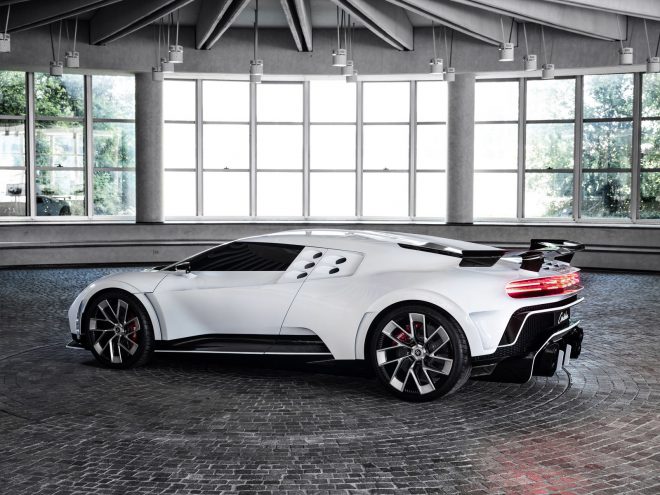 “Polarizing, to Say the Least”

Not all will like the look of Bugatti’s newest maching. As Motor Trend noted, “While the Centodieci is undeniably cool, its design is polarizing to say the least.”

But then only 10 people have to like it, right?

For $9 million, you should expect more power than the paltry 1,478 horsepower in the Chiron and Divo. The Centodieci boosts the W-16 to 1,577 horsepower but the car’s 236 mph top speed is 25 mph lower than the Chiron’s. Its 44-lb. weight reduction from the Chiron equates to about a 1 percent of the total mass and is as insignificant as it sounds.

Considering how much inertia must be overcome in a 2+ ton car with 16 cylinders churning away, plus four-wheel drive, those numbers are simply mind boggling. Could this be a last hurrah before electric hypercars steal that mantle? 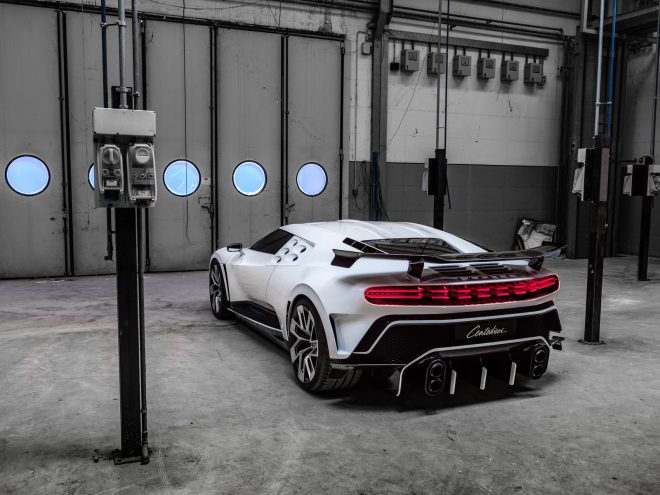 The Centodieci is no one-trick pony. That giant rear wing, Bugatti says, generates nearly 200 pounds of peak downforce at really high speeds. This gives it cornering prowess on par with the track-focused Divo. Are Centodieci owners really going to test that capability? These 10 cars are tomorrow’s auction stars.

Maybe if you offer Bugatti enough money, they’ll make a special model that looks like the Type 57 Atalante.