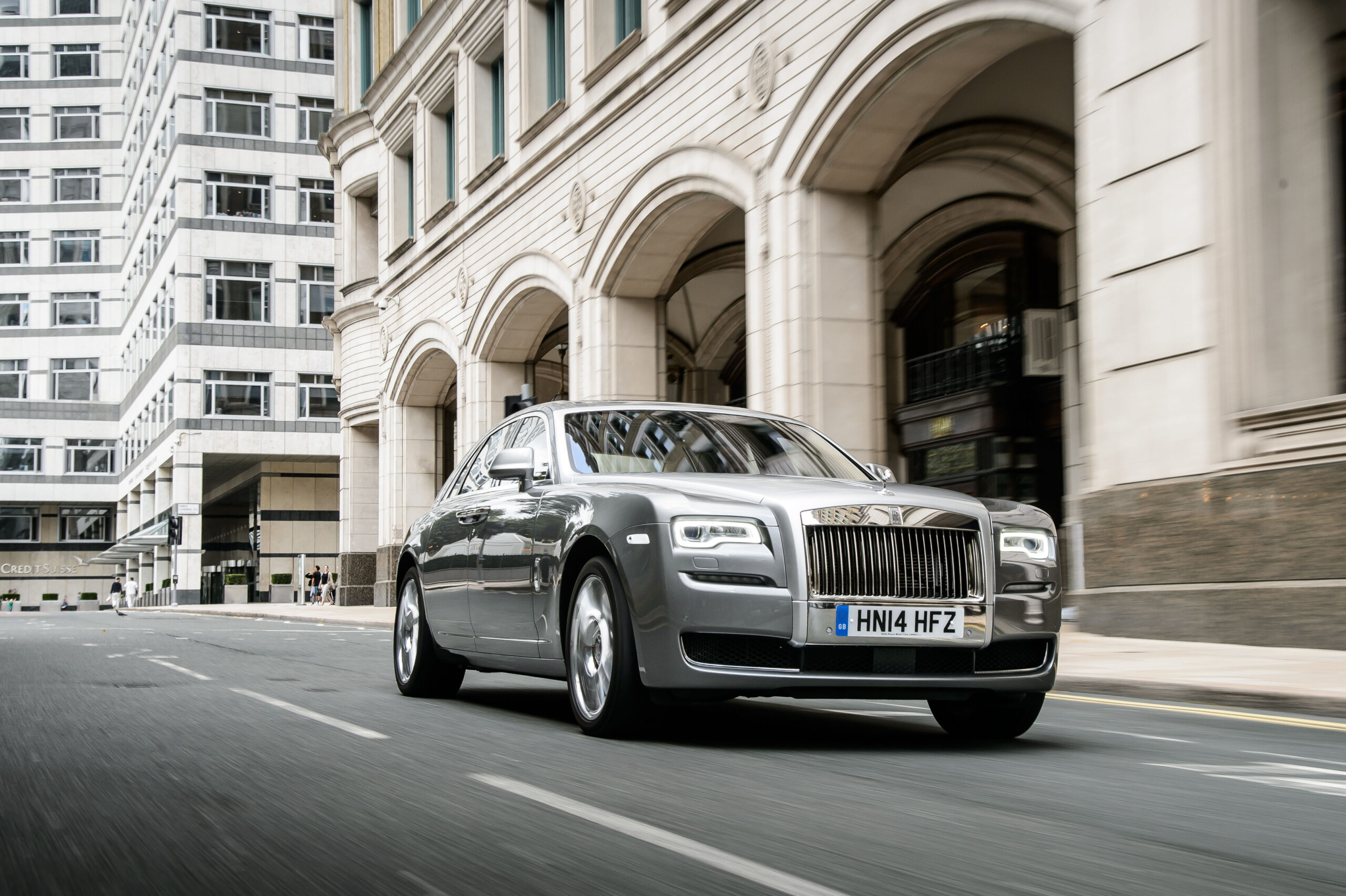 Bentley has released official photos and information for its 2020 Flying Spur, a fact that might spur some to consider picking up a … Rolls-Royce Ghost. Bet you weren’t ready for that.

In dollar terms, the Bentley that most closely aligns with the $311,900 Rolls-Royce Ghost is the Mulsanne, not the Flying Spur. Since the Ghost and the Spur are the entry models of their respective marques, and since Rolls will soon introduce a redesigned Ghost, this seemed like a good time to look back on this transformative model.

There is, as well, a good supply of pre-owned Ghosts available for mere Bentley money. 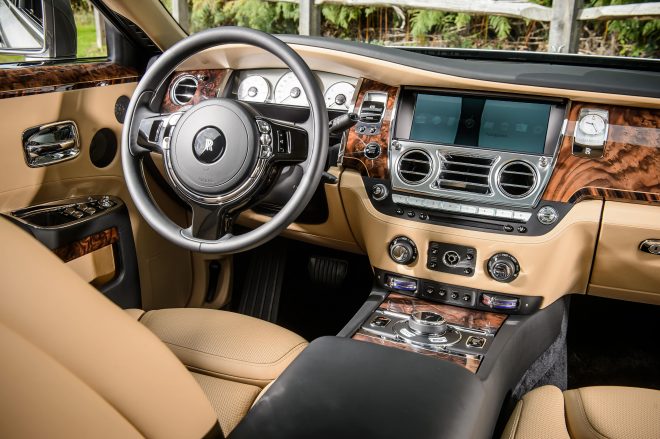 Five years after BMW won ownership of Rolls-Royce in an unusual game of brinksmanship with Volkswagen Group, the first fruits of its investment arrived, the Phantom. It was a quantum leap in every way, including price, over the Silver Seraph model that Rolls had been producing.

The Phantom looked like a Silver Cloud that emerged from 40 years of cryogenic sleep, sold all its IBM stock and then got bitten by a radioactive spider. Rolls-Royce was back, baby! An all-new version, called the Phantom VIII, arrived last year, causing Rolls to retroactively rename the previous version “Phantom VII.” 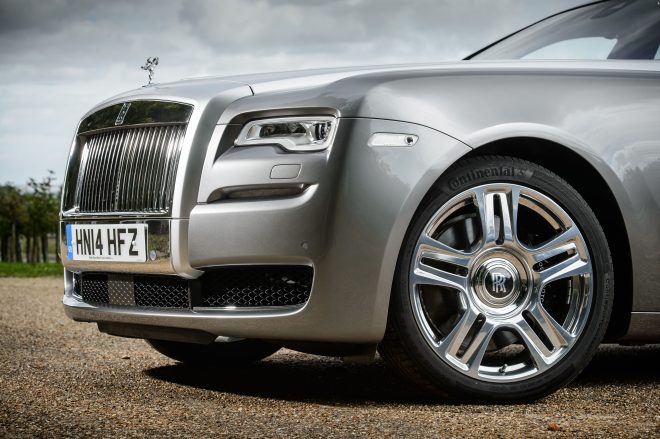 The revitalized Rolls marque was of course able to dip into the deep well of BMW engineering to expedite vehicle development. The fifth-generation BMW 7 Series was set to debut for 2009, and behind the scenes, it was already donating quite a bit of itself to the new Ghost, which would emerge the following year.

As a result, the new Roller was up-to-the-minute modern with BMW’s latest powertrain and chassis tech. Those BMW parts have served it well, but just 20 percent of those were shared with the 7 Series, according to Rolls. 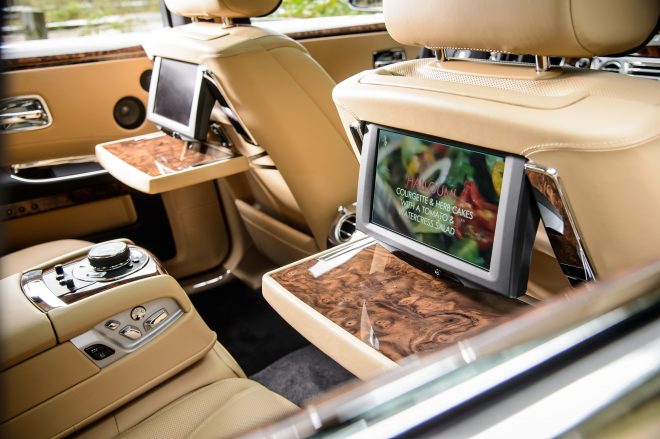 Though smaller than the Phantom, the Ghost is still a very large car, riding on a 129.7-inch wheelbase and stretching 212.6 inches bumper to bumper. The long-wheelbase version adds another seven inches into the rear seat area, yielding more room for passengers to stretch out or recline.

The electronically controlled air-spring suspension makes the 5,500-pound Ghost feel like it’s floating over the road, not crushing it. The model was updated to Series II specs for 2014, which included revised styling details and various electronic updates.

For example, the Series II Ghost added satellite navigation input to the 8-speed automatic transmission to control shifting based on road changes ahead. Apple CarPlay and Android Auto are absent, but the ability to raise and lower the Spirit of Ecstasy hood ornament from the touch screen seems more impressive anyway. 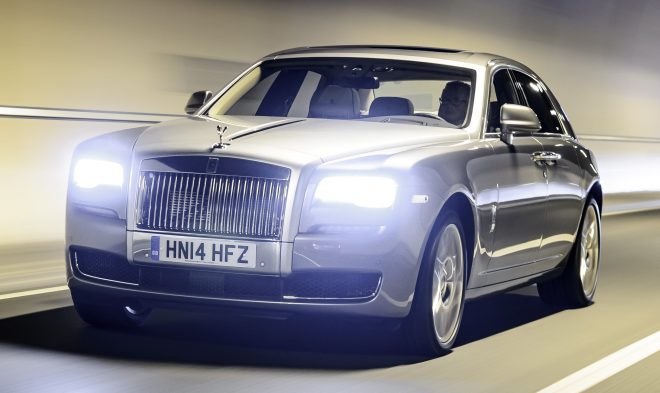 The Ghost’s twin-turbo BMW-derived engine has a longer stroke to displace 6.6 liters, up from the Bimmer’s merely 6.0 liters, and the Rolls-ified engine makes 563 horsepower and 605 lb.-ft. of torque. The latter figure arrives at an astonishingly low 1,500 rpm, letting the Ghost, as Rolls-Royce puts it, “waft” down the road.

Put your foot into it, and the Ghost will waft from 0-60 (as quietly as a ghost) in under five seconds. The quarter-mile disappears in just over 13 seconds. Unless the paparazzi can hang with you or your driver to 155 mph, you can keep yourself off the tabloid covers. 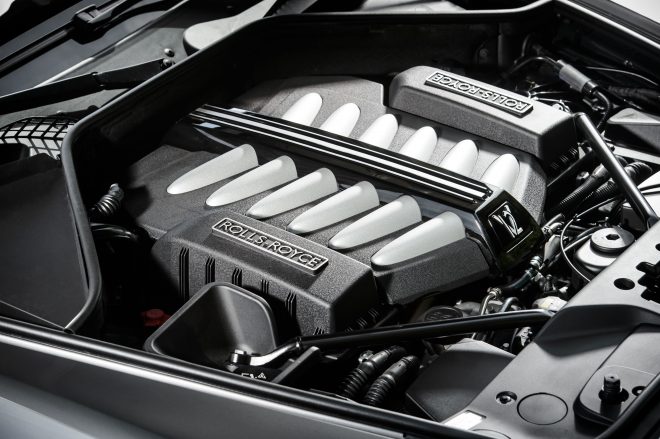 There’s no mistaking the Ghost for anything but a Rolls. It resembles a Phantom that’s been reduced to human scale. As in the Phantom, the Ghost’s passengers access the rear seat through “coach doors,” the kind of rear-opening design that was fairly common even on some mainstream American sedans into the early 1950s and then revived on 1960s Lincolns and four-door Ford Thunderbirds.

Once ensconced in the Ghost, passengers will marvel at the inimitable way Rolls-Royce applies the seemingly softest leather, thickest lambswool carpeting and perhaps whatever kind of wood trim you’d like. That’s just for starters.

The included CD player, by the way, is not a throwback; digital files from your phone will not sound nearly as good played through this system as those shiny discs. Speaking of the 1990s, Rolls oddly offers a rear-seat console phone option for the Ghost. From there, Rolls-Royce Bespoke options seem limited only by your willingness to spend. 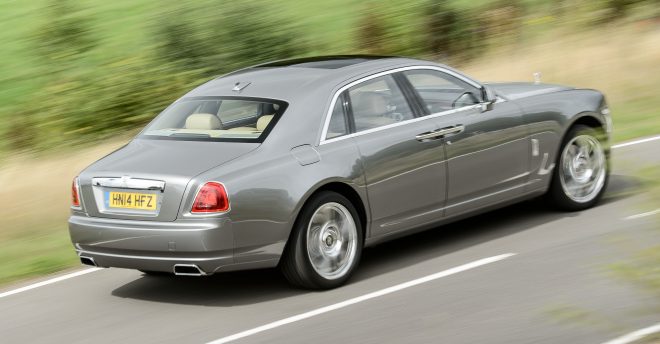