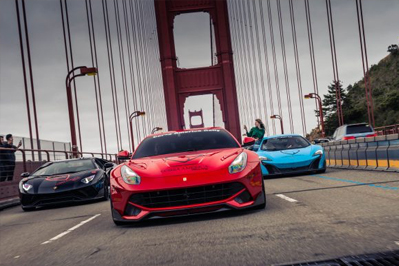 PFS is a proud sponsor of the 2019 Corsa America Rally, the brainchild of our longtime client Thomas Heinrichs, who serves as Corsa’s CEO.

Corsa America is one of the largest exotic sports car rally series in the United States. Yearly, more than 100 vehicles participate. Corsa coordinates events, plan excursions, and brings people together to travel across North America and Europe’s most renowned open roads. Rally participants travel to unique destinations, stay at luxury resorts, and often party until the sun comes up. All while building lifelong friendships along the way.

Devil is in the Details

Corsa America consists of separate events over the calendar year, each one with its own unique characteristics. As an example, here are some highlights of Corsa’s Seattle-to-Vegas Rally. This is a 2,000 mile, 9-day, “sold out” event that ran from April 30 to May 8:

This Seattle-to-Vegas rally was followed by The Tail of the Dragon. This ran from May 30 – June 3, traveling epic mountain drives in the heart of music country in Nashville, and ending in Knoxville, Tennessee.  Corsa America’s next event is scheduled for August 8 – 10 in Florida; launching from Tampa, then traveling through the Miami area. Here, guests will spend their first two nights on the ocean front at the 5-star Ritz Carlton Key Biscayne. Lastly, they head to Orlando, where they will stay at the Ritz Carlton Orlando.

Corsa America will wrap up its 2019 schedule with a Vail-to-Vegas rally in November. It has already begun planning for 2020, which will include a European Rally in September of that year. For additional information visit www.corsarally.com.