Importing an Exotic Car? Maybe. Not. So. Fast. 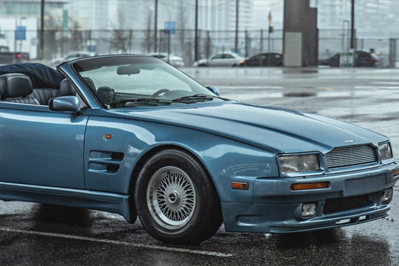 In the 1988 movie “Rain Man,” exotic car dealer Charlie Babbitt (Tom Cruise) finds himself in a financial and legal pickle when some of his Lamborghinis are impounded by U.S. Customs for lacking emissions certification. Of course, Charlie’s life was about to get much more complicated than dealing with angry Lamborghini buyers, but the scene serves as a cautionary tale.

Today, anyone wishing to import a 1988 Lamborghini Countach could do so on his or her own, without needing to meet EPA or DOT/FMVSS regulations. You’ve probably heard of the “25-year exemption,” which allows an individual to import a vehicle that was never certified for sale in the U.S. Essentially, this is the federal government giving you a pass to bring in a car that once was forbidden.

It’s an enticing offer, opening up possibilities to add some desirable semi-modern models to your collection. But beware of advice saying all you need to do is fill out the NHTSA HS-7 form and EPA 3520-1 form, arrange shipping and then pick up your car at the port. While it can indeed be that simple, there is also the potential to land in Charlie Babbitt’s shoes – or worse – if you miss certain steps. And, California and Hawaii residents take heed: this is much harder for you.

The EPA will let you import a vehicle that is at least 21 years old, so where does the “25 year rule” come from? That’s the exemption from Federal Motor Vehicle Safety Standards (FMVSS) offered by the Department of Transportation. Both entities stipulate that the 21- or 25-year period applies from the date of manufacture. The VIN tag will tell the tale, if in fact it is the original and legal VIN tag. VIN tag got switched? Better find out before the car arrives at U.S. Customs.

Also – and this is super-critical – the vehicle must be in unmodified condition. In the EPA’s case, a vehicle must have its original engine or equivalent or newer EPA-certified engines. And again, it’s on you to prove it with documentation should questions arise. Examine the vehicle’s paperwork very carefully. An expert set of eyes is helpful.

It’s a good idea to first familiarize yourself with the NHTSA rules (click below):

Firstly, while you can import a car on your own, some who have done this are quick to recommend hiring help to make the process go smoothly. Appraising, inspecting, buying and importing a collector vehicle that’s on another continent can be challenging enough. Add into the mix potential snares of dealing with the DOT and EPA exemptions and, well, that Charlie Babbitt thing.

“Some cars are exempt due to historical importance, and some cars are exempt from EPA/DOT due to their age,” Wegner explains. “Some cars that are still on U.S. titles that were temporarily exported for either a show, a restoration, or for a short term stay, can probably be brought back without tax as long as they were sent over properly.”

Wegner relies on experts to help him purchase and import collector cars. Even cars that meet the so-called “25 year rule” could get stuck in Customs if procedures are not followed to the letter.

“I think that my best advice would be to engage the experts to handle the import,” he says. “Cosdel, or Cars UK can do the paperwork, which must be accurate and truthful to prevent long delays, fines and headaches.”

Cosdel is a UK-based import/export and consulting company that can handle vehicle purchases and sales and all associated work with Customs clearance. Premier Financial Services can help with the financing and other aspects.

Note Wegner’s mention of being “accurate and truthful.” Not being truthful on your importation forms might not only lose you the car but could also get you a huge fine and possible jail time. It’s up to you to ensure the vehicle is legal under the rules.

Since the 21- and 25-year exemptions have been available, there’s been an influx of Japanese Domestic Market cars, with the Nissan Skyline GT-R (“Godzilla”) among the most in-demand. Toprank International Vehicle Importers in Cypress, California specializes in these models and has seen things go awry for people trying to import them on their own. Notably, some tried to import cars with engine swaps.

“If you knowingly import that car, then you are subject to fines and seizure,” Toprank warns on its website.

The penalties can be steep: Improperly importing a motor vehicle (including motorcycle) or engine can get you fined up to $32,500 per vehicle or engine, and both can be subject to forfeiture. For knowingly making fraudulent statements, the fine can be up to $250,000 or up to five years in prison.

You also could see your car’s demise at the hands of the DOT immortalized on YouTube, as happened to this hapless Mini.

If your goal is to import a car to California, seek professional help … from a company that does this, that is. (Although, a little psychology might not hurt, either.) California presents its own set of challenges for importing an older car, since the state sets its own emissions standards. In some cases, it can be cost-prohibitive to modify, test and certify a car. The state actually recommends against trying to import non-USA 1968 to 1974 vehicles.

Some cars can be imported under Show or Display rule, as some collectors have done in the past with Porsche 959s. (These are now legal under the 25 and 21-year rules). Production under 500 is a requirement, as are other criteria for “historical or technological significance.” Even under those rules, however, you can get NHTSA approval to drive the car up to 2,500 miles per year (to “show and display,” of course). This is tricky territory, however, and not something for the novice.