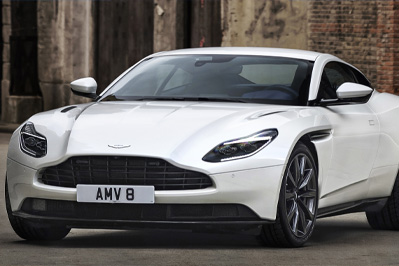 Ferrari has its mystique. Aston Martin has its character. Neither could ever possibly be created by wishful thinking in a marketing department or with a clever social media campaign. The 2018 Aston Martin DB11 offers unassailable proof of the strength of character, an unquantifiable trait that has defined this marque since the David Brown era revved up in the 1950s.

The company, started in 1913, has gone through numerous changes in ownership and, in the past, could have easily been doomed by converging forces of economic calamity and regulatory burden. Not only did Aston Martin survive, but through all the tumult, the character of its cars has remained consistent and distinct. The 2018 Aston Martin DB11 V8 is of course objectively superior to its ancestors in every measurable way, as any new automobile should be. But in the many ways that help define a car’s character, the DB11 V8 remains very much imbued with the spirit of its predecessors.

With A Little Help From Its German Friends

The Aston Martin DB11 and the smaller 2019 Vantage both spring from the same aluminum vehicle structure. The DB11 debuted with a 600-horsepower, 5.2-liter twin-turbo V12. The DB11 V8 followed this year, but should not be viewed as an “entry” version. It is simply a different choice, one with its own character.

The V8 engine comes from Mercedes-AMG and is the same hand-built, twin-turbo 4.0-liter unit used in the AMG GT, and also the new Aston Martin Vantage. The V8 makes 503 horsepower, while torque, at 498 lb-ft, is barely less than the V12’s 516 lb-ft. That statistic, combined with the V8 model toting 250 fewer pounds than the V12, results in essentially identical acceleration performance, according to Car & Driver’s road testers.

Like the V12, the V8 is hitched exclusively to an 8-speed automatic transmission with manual shifting mode. This is a torque converter automatic from ZF, not the dual-clutch unit from the Mercedes-AMG GT. Car & Driver praised the combination, saying, “The single most impressive aspect of the powertrain is how integrated the two feel.” 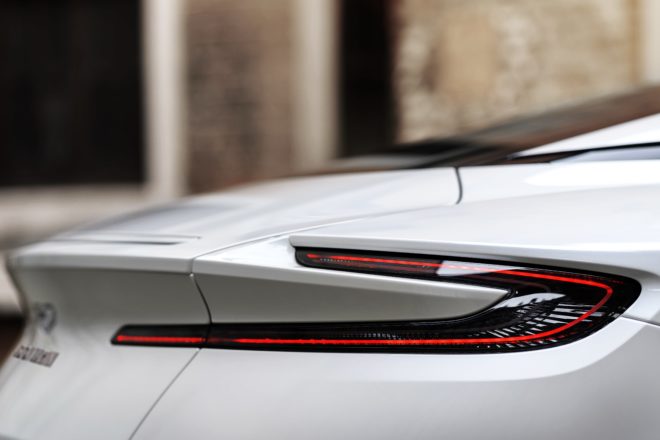 Historically, Aston Martin was not a car whose reputation lived and died by 0-60 and quarter-mile sprints. Today, however, the Aston Martin DB11 V8 is right in the mix with the fastest high-end GTs, as it should be, yet while performing with the decorum expected of a car with, well, Aston Martin character.

And besides, when a car can do 0-60 in 3.7 seconds and crush the quarter-mile in 11.8 seconds, the numbers are worth crowing about. Both figures, from Car & Driver, are just one-tenth of a secondbehind the V12.  If top-speed bragging rights are your thing, note that the DB11 V8 can reach 187 mph versus the V12’s 200 mph. With its lighter weight, the DB11 offers sharper handling responses, according to Aston Martin and corroborated by Car & Driver, which also praised the V8’s responsiveness and sound. 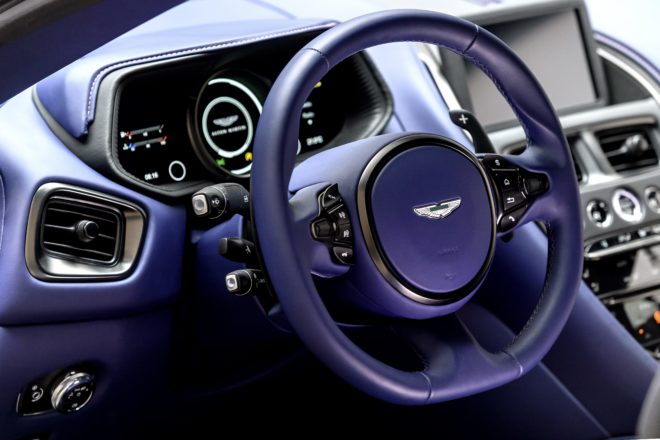 The DB11’s strikingly beautiful design, by Aston Martin’s chief creative officer, Marek Reichman, differs from the V12 version only in minor cosmetic details. The beauty here is simply mesmerizing. If, on a rainy day, you don’t feel like driving your DB11, just spend some time looking at it in the garage. It will not be time wasted.

The sumptuous interior, too, is the same as in the V12 model, also sharing the infotainment system sourced from Mercedes. This is Aston Martin at its luxurious best, yet with a more sport-focused look and feel than, say, a Bentley Continental GT.

At a base price of $198,995 the 2018 Aston Martin DB11 V8 undercuts its V12 sibling by some $17,000. That’s not a huge sum in this segment, and so the choice comes down to preference. The V8 promises a somewhat sportier driving feel. But when it comes to Aston Martin character, you could not possibly go wrong with either model. 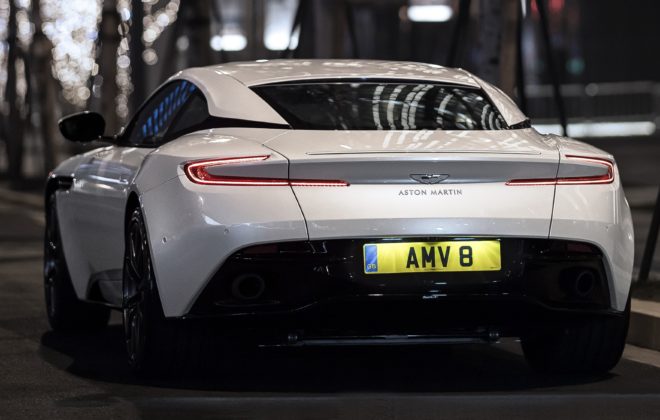