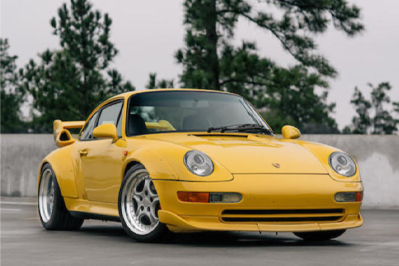 Celebrating its fourth year, Bonhams is bringing a slew of distinguished vehicles to the Amelia Island car week. Located at the Fernandina Beach Golf Club, the auction is just a short stroll from the Amelia Island Concours d’Elegance. Bonhams’ docket is quite varied this year, with everything from a 6HP wagon from 1899 to a modern 650HP Dodge Viper. In the mix are some of the finest automobiles ever sold by marques like Aston Martin, Ferrari, Porsche, and Maserati.

Premier’s team of leasing experts will be watching the event closely for changes in the collector market.  Here are a few of their favorites.

Keith Neelans, Premier’s Northeast Sales Manager, is a fan of Lot 113‘s Porsche 356A Speedster. These stripped-down 356s were beloved by weekend racers for their affordability, 4-wheel independent suspension, and spunky 1600cc flat-four.  Lastly, as the beneficiary of painstaking restoration spanning over three years, this example is valued right at the top of the market.

Midwest Sales Manager Kyle Lane has his eye on the highly original 1987 Mercedes-Benz 560 SL at Lot 106. This 560 SL is a brawny 340 cubic inch V8 and without gaudy chrome fender flares. It is a classy and capable drop-top cruiser. Additionally, as well suited to the show field as it is to a vintage rally, poorly-integrated rubber bumpers stand as the only barrier to appreciating these “youngtimers” as the classics they are.

Premier’s Sales Manager for the West Coast, Juan Garcia, has his sights on this practically new McLaren P1. The P1 makes use of a twin-turbocharged V8 and a powerful electric motor. It can sprint to 60 from a standstill in 2.7 seconds. A worthy successor of the mythic F1, the P1 joined the Porsche 918 and LaFerrari to usher in a new era of hybrid supercars. The P1 has already appreciated in value in the few years since its release, and pristine, low-mileage examples like Lot 164‘s promise to continue the trend.

The classic styling of Lot 110‘s Porsche 911 has made it a favorite of Southwest Sales Manager Michelle Yancey. As one of the first generation of 911s, this car laid the styling foundation for the one million rear-engined Porsche that followed. Lastly, this particular example retains its original air-cooled flat-six and Blaupunkt radio.

Chris Warren, Premier’s Southwest Sales Manager, is looking forward to the bidding on the Ferrari at Lot 137. This 365 GTS/4 Daytona Spider is one of only 123 convertible Daytonas produced, and one of an even smaller group built in left-hand drive.  Still boasting its original 350bhp V12 with only 20,000 miles from new, this iconic roadster deserves its 2.5 million dollar estimate.

Premier’s corporate headquarters in Woodbury, Connecticut is watching the eclectic Citroen SM at Lot 107. The Citroen DS amazed the world with innovative hydraulic suspension that floated over even the bumpiest roads. In conclusion, Citroen did one better with the SM by pairing that comfort with an aluminum Maserati V6 capable of propelling this aerodynamic coupe to 140mph.