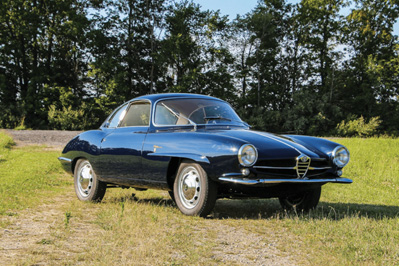 Isn’t there an old advertising slogan that you don’t need a million bucks to look like a million bucks? That might apply to the Alfa Romeo Giulietta and Giulia Sprint Speciale built from 1960-1966. Designed and built by Bertone,

At its Monterey auction, RM/Sotheby’s is offering a 1960 Giulietta Sprint Speciale in a beautiful shade of dark blue, with a pre-sale estimate of $125,000-$175,000. The value rise for these cars has been most dramatic since around 2010. 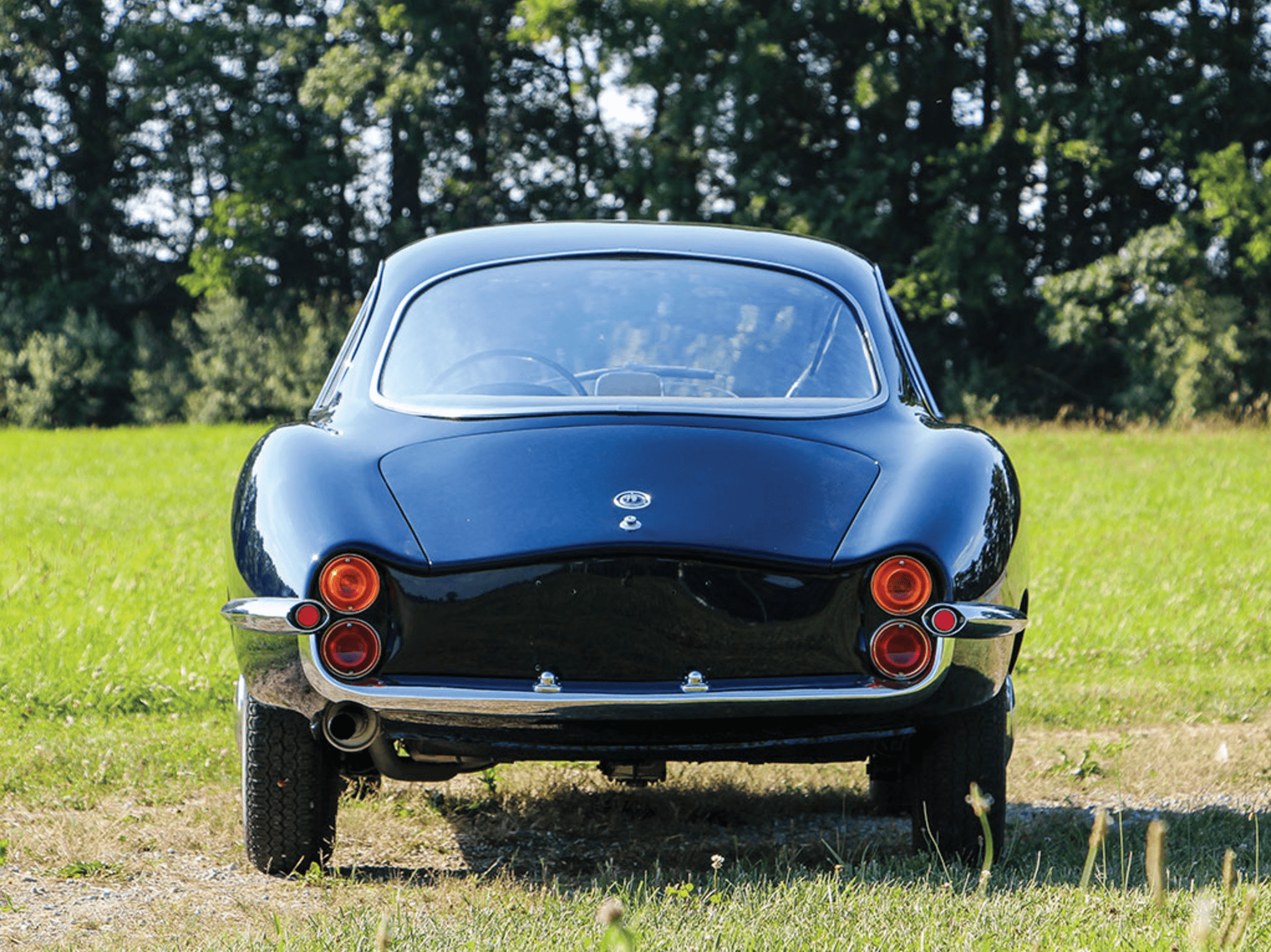 The Era of Aero

Popular Ferrari lore has Enzo Ferrari proclaiming that aerodynamics was for companies that couldn’t build engines. Yet, through the 1950s, others, at least, were actively engaged in the science of reducing air drag to increase speed and stability. Citroën of course showed the potential of aero for a mass-production model with its revolutionary DS of 1955.

In the early 1950s, Carrozzeria Bertone experimented with aerodynamics on the Alfa Romeo 1900 chassis, the resulting the Berlinetta Aerodinamica Technica, or BAT series of concept cars. The BAT models’ lines were perhaps too dramatic for road cars, but the lessons were applied to road cars, notably the Alfa Tipo 750 SS shown as a prototype at the 1957 Turin Motor Show.

The 750 SS entered limited production for 1960 in “low nose” configuration that today can bring the highest values. This sleek little coupe was based on the Giulietta and used its 1,290 cc DOHC inline four. A low 0.28 coefficient of drag was claimed – amazing for the time and even for today. The low drag enabled a claimed top speed of over 120 mph. 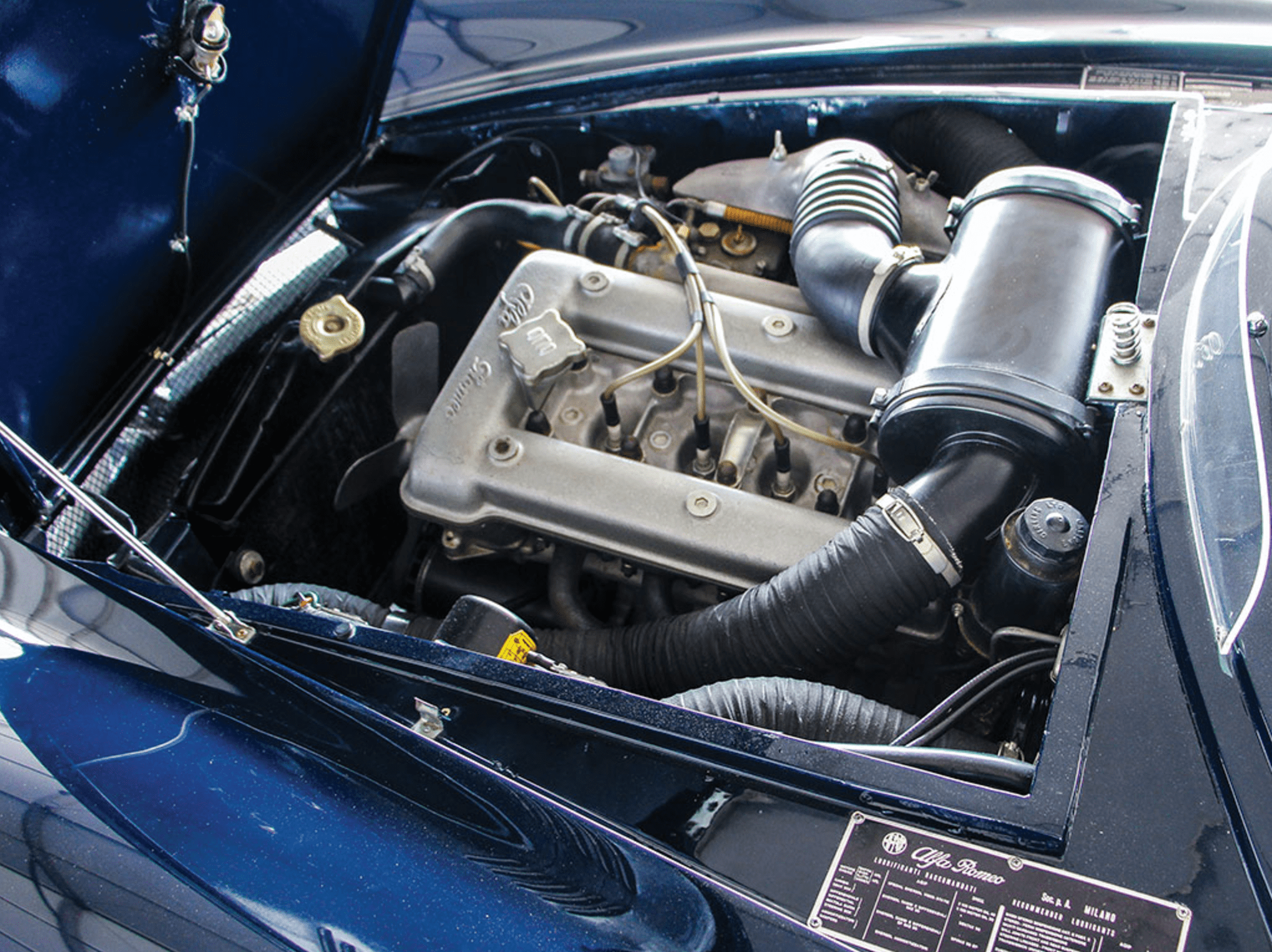 The Sprint Speciale design lacked anything resembling a straight line. Its curves were pronounced yet delicate, not nearly as dramatic as the BAT designs that inspired it. The interior, sparse by today’s standards, was luxurious for the day, making the Sprint Speciale a true gran turismo. Performance was about high speed cruising, not blinding acceleration. Racing was generally left to the more specialized Alfa Romeo Giulietta Sprint Zagato. 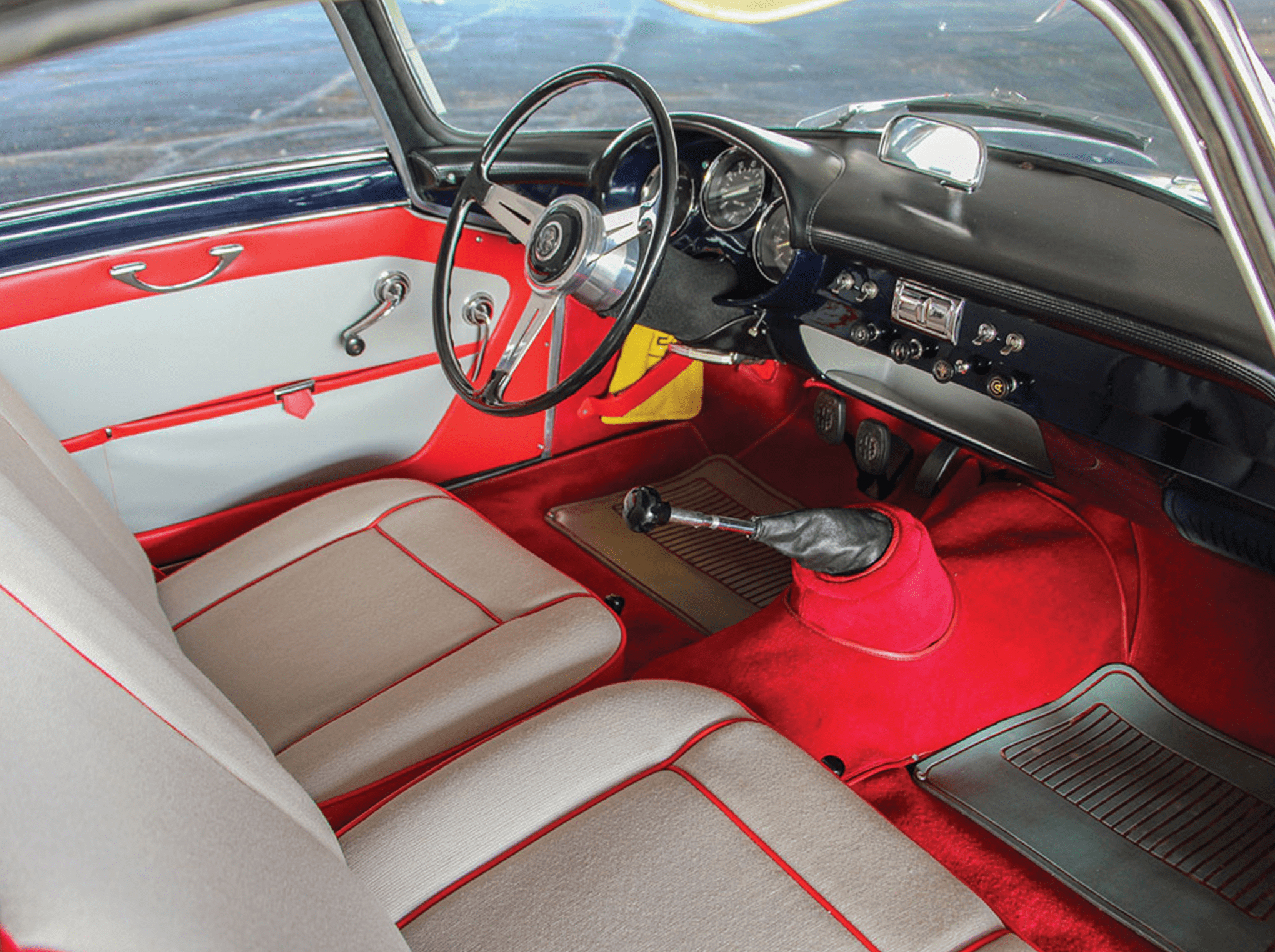 The 1963 upgrade to the Giulia model designation brought an infusion of power from the larger 124-horsepower 1,570cc engine and a top speed of about 125 mph possible. Front disc brakes were added, too.

The Sprint Speciale design works so well likely because of its size. Any larger, and the forms might seem exaggerated. The details are exquisite; look how Bertone masterfully integrated the Alfa Romeo grille and center chrome strip trailing it onto the hood. At the rear, the chrome side trim terminates in portals to hold the reflectors adjacent to the stacked taillights. 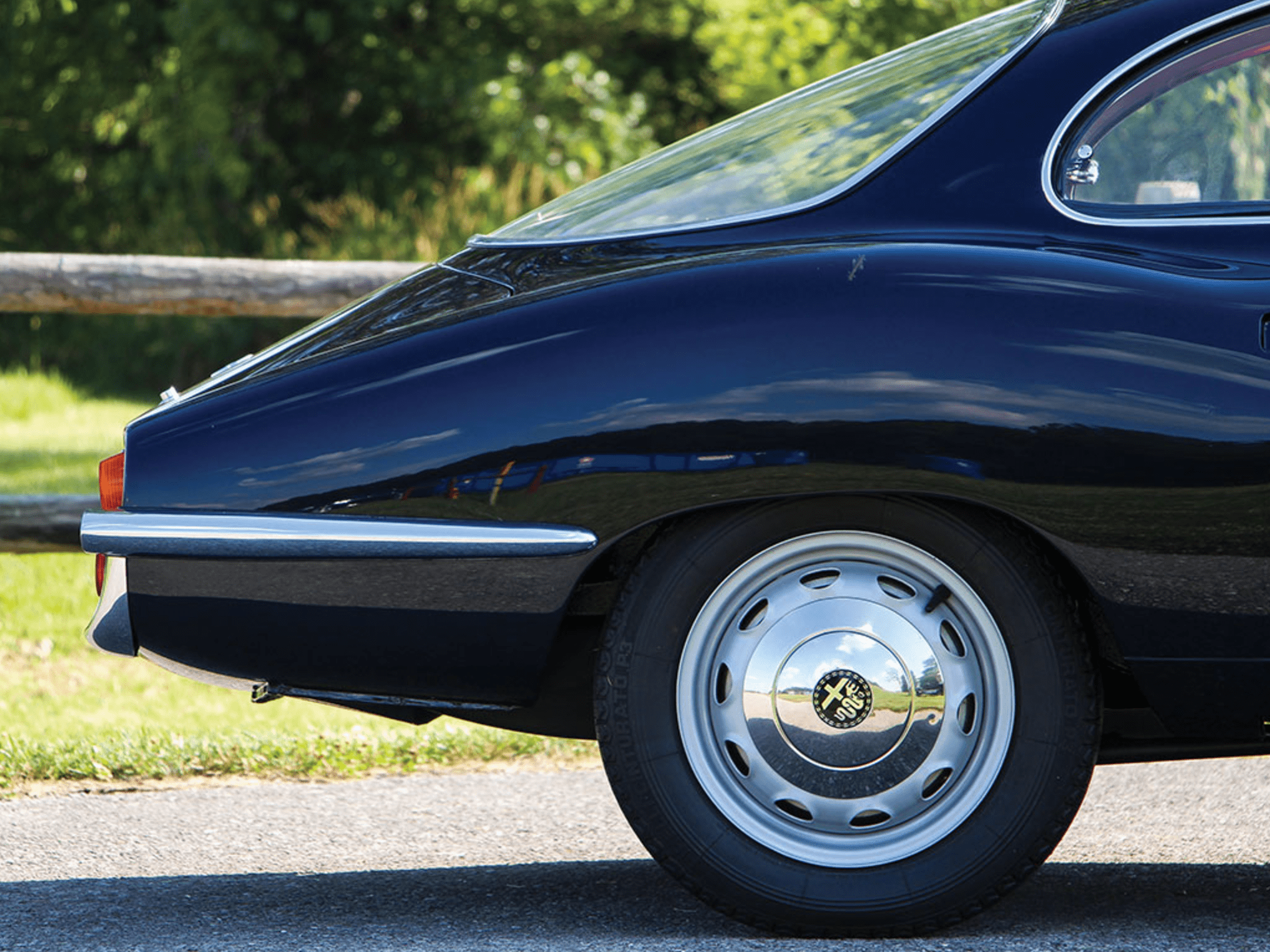 Production remained Ferrari-low for the Sprint Speciale’s six-year run, with 1,366 1.3-liter cars and a further 1,400 1.6-liter Giulia models – but numbers can vary depending on the source. In any case, 2,800 cars in six years is quite low.

The 1960 Sprint Speciale offered by RM/Sothebys was restored several years ago. Its interior is upholstered in soft grey interior piped in red accents, and with red carpeting. The level of detail and finish throughout is said to be impressive, with the paint still having an excellent shine, and the upholstery appearing tight and fresh. Mileage is given as 37,476 and the engine is believed to be original.

For those looking to add an Alfa Romeo Sprint Speciale to their collection, take note that, while mechanicals are shared with the far more common Giulietta and Giulia models, body and interior parts are unique to the SS, and sometimes the parts from one car don’t exactly fit another. Buy one already restored.