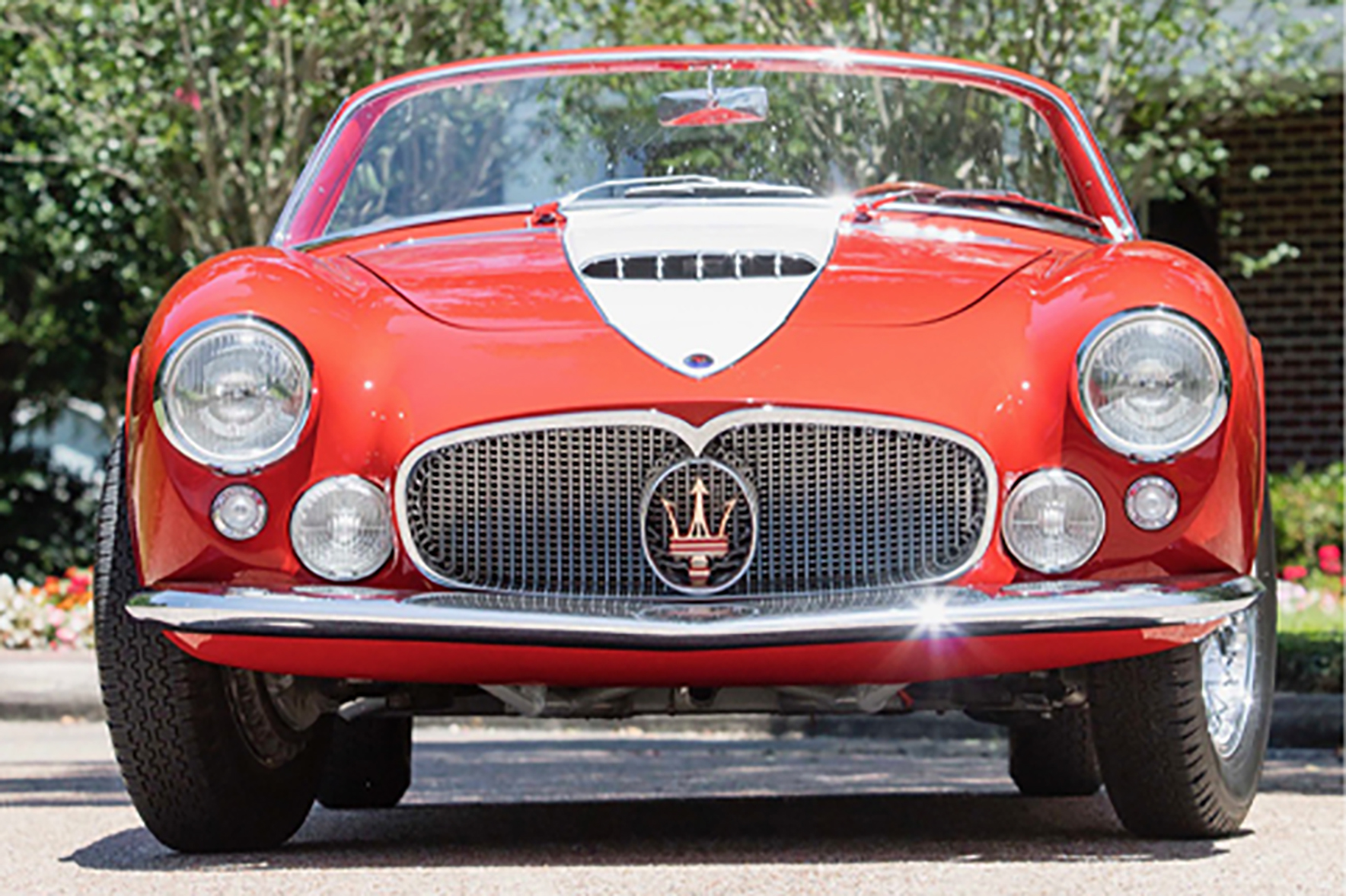 For twenty years, Bonhams has been partnering with The Quail, A Motorsports Gathering to offer Monterey Car Week an elegant car buying experience. Bonhams is celebrating this momentous milestone with a docket built specially for the peninsula’s distinguishing guests.  A handful of Mercedes 300 SLs and Ferrari 275 GTBs share the center stage with Shelby Cobras and a very special Maserati. Our Team of leasing experts is eagerly awaiting the first drop of the gavel.  Here are a few of their top picks.

Chris Warren, Premier’s Southeast Sales Manager, is watching the 1955 Lancia Aurelia Spider at Lot 54. Looking to take advantage of the American market’s taste for European sports cars, this roadster was the first post-war car for which Lancia offered left-hand-drive variant. Though only 240 of these Aurelias were made worldwide, they were the sportiest and most attractive of the bunch. Tuned with an original Nardi performance package, this example easily warrants its seven-figure estimate.

The Ferrari 275 GTS at Lot 81 is a favorite of our Northeast Sales Manager, Keith Neelans. The late 60s was a golden era for Ferrari road cars, they retained their intricate race-bred design but gained some creature comforts. The 275 GTS is a perfect example; its growling 3.3 liter V12 still dominated the car, but it was better held in check with comfortable seats and syncromesh on all five gears. With a factory hardtop, its original engine, and less than 35,000 original miles, this GTS is as good as they come.

As a fan of McLaren’s modern offerings, Southwest Sales Manager Michelle Yancey can’t help but feel close to the car that started it all.  F1s like the one-owner example at Lot 73, were the racing marque‘s first real foray into commercial automobiles.  To say it was successful would be a gross understatement.  It easily outpaced its contemporaries, and remains the fastest naturally-aspirated production car ever made – more than twenty years after its release.

Juan Garcia, our West Coast Sales Manager, is watching the Porsche 356 at Lot 33.  As the final iteration of a beloved sports car, the 356C featured a larger 1.6 liter engine, updated rear suspension, and four-wheel disk brakes. As an SC, this particular example benefits from tuning that pushed the horsepower from 75 to 95.  Swathed in a coat of its original Irish Green with its original engine, this coupe is perfect for vintage rallying.

Premier’s home office in Woodbury, Connecticut, finds the Dual-Ghia at Lot 10 particularly interesting. Its origins are anything but traditional, with a chassis from Chevy, a body by Ghia, assembled by Dual Motors, and priced at more than the most expensive American contemporary. Few bought one, many wished they could. As the predecesor of the Ghia L 6.4, the Dual-Ghia also combined sleek European coachbuilding with an audacious mass of American muscle.

As a frequent partner of Bonhams, Premier Financial Services has the expertise to assist in even the most exclusive auction acquisitions. Our Simple Lease can be the difference between the winning bid and missing out on a unique opportunity.  If you’re planning on vying for one of the fine automobiles on sale at Monterey, be sure to brush up on Auctions 101.