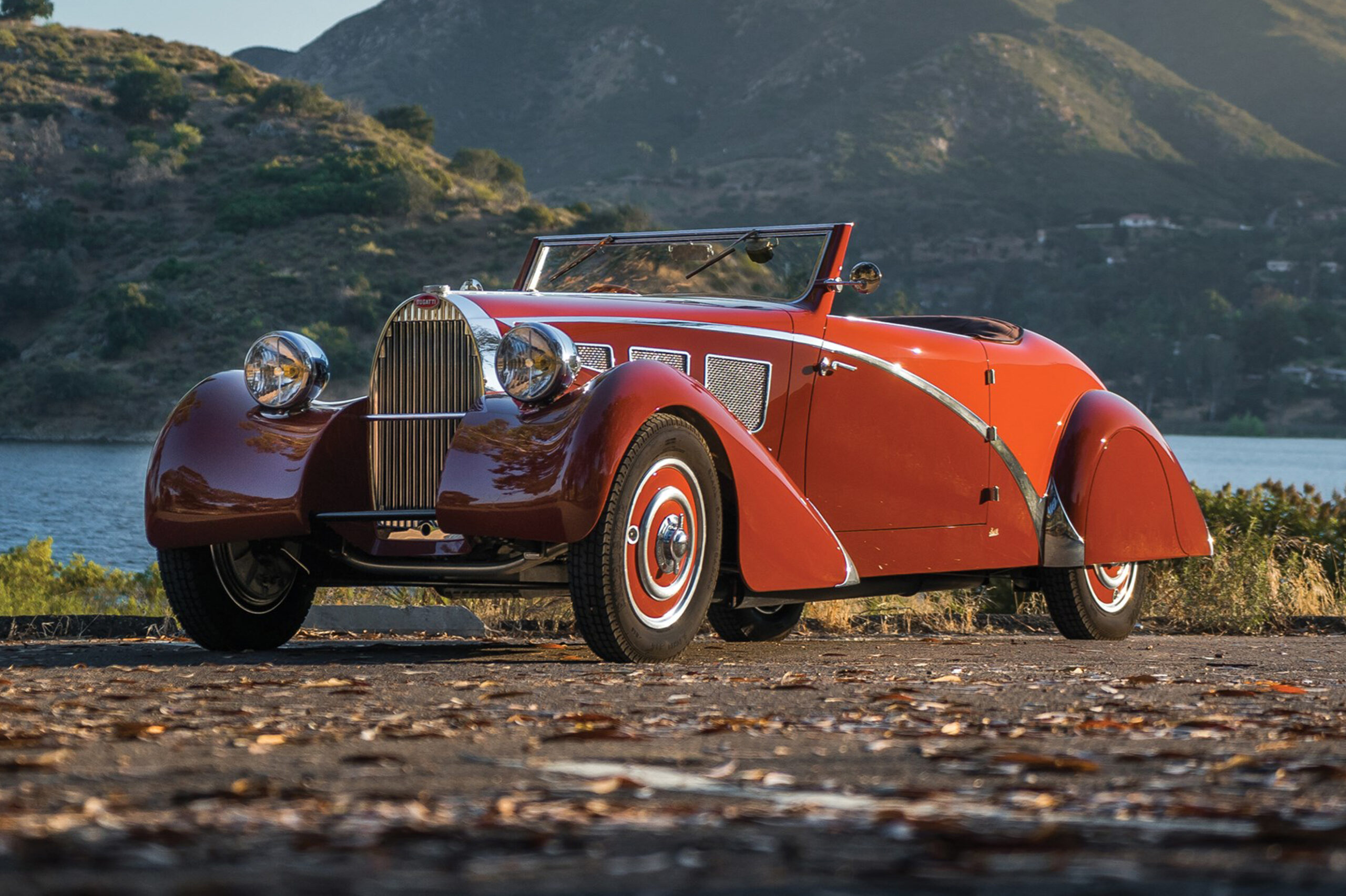 For over a quarter-century, RM Sotheby’s has made a name for itself as one of Monterey Car Week‘s finest auctions. This year the perfect Ferrari collector’s starter kit; thirteen of Modena’s greatest hits from 1961 to today that could be yours for as little as twenty million dollars.  On the slightly more affordable side, a 1961 Ghia L 6.4 brings power, elegance, and fascinating provenance to the docket.  Regardless of your interests and budget, RM Sotheby’s has the variety to suit any taste.  Monterey is a red-letter week for the automotive market, and our Team of leasing experts has been greatly anticipating the auction action.  Here are a few of their favorite cars set to cross RM’s block.

Juan Garcia, Premier’s West Coast Sales Manager, has his eye on the Porsche 918 Spyder at Lot 230. One of a new wave of hybrid hypercars, the 918 Spyder is Porsche‘s latest halo car, in the vein of the earlier Carrera GT.  Two electric motors paired to a V8 produce a total of 887 horsepower. It can rocket from 0-60 mph in less than 2.5 seconds.  Just three years after their release, low-mileage 918s like this one are already appreciating in value.

Our Southwest Sales Manager, Michelle Yancey, has been watching the Ferrari 16M Scuderia at Lot 223. Based on the 430 Scuderia, the 16M is a mid-engined convertible optimized for track use.  Its super lightweight design and 500 hp V8 can propel this rosso corsa racer to almost 200 mph.  Offered with no reserve, this might be your only chance to use low-mileage, Ferrari, and bargain in the same sentence.

Lot 262‘s Ferrari 330 GTC is a personal favorite of Southeast Sales Manager Chris Warren. Less than 600 of these beautiful coupes were produced, making it uncommon, but not so scarce as to be irresponsible to drive spiritedly.  This is a good thing, as power, stability, and striking Pininfarina design make the 330 GTC a perfect grand tourer. This Ferrari‘s originality and rare factory options won it 3rd in Class at the Carmel-by-the-Sea Concours.

Keith Neelans, Premier’s Northeast Sales Manager loves the Austin-Healey 3000 at Lot 169. This peppy 2+2 is a six-cylinder convertible, and the last of the “Big Healeys.”  Weighing in at only 2,500 pounds, “big” is a relative term. The larger engine and four-speed transmission with overdrive did, however, make the 3000 Mk III quite fast.  Foot to the floor, this British classic could reach a tooth-chattering 120 mph.

Premier’s corporate headquarters in Woodbury, Connecticut, is buzzing about the Maserati at Lot 117. Built, by special request, on Maserati’s 3500 GT platform and fitted with a massive racing engine, the 5000 GT is a bespoke masterpiece.  This example, commissioned by Briggs Cunningham has unique Michelotti coachwork that emphasized aerodynamics.

Whether you’re bidding at RM Sotheby’s Monterey Auction for a one-off Maserati or an iconic, pre-war Bentley, Premier Financial Services’ Simple Lease can take the stress out of raising your paddle. Call us today to get pre-approved to lease from auction and discover the Premier Difference.  But remember to look over your auction basics to make sure your favorite Lot doesn’t slip through your fingers.