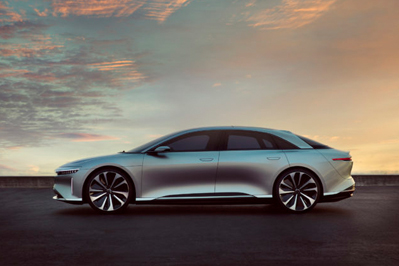 The EV luxury car market is about to grow, with entries from Mercedes-Benz and Audi already announced. A newcomer, the Air from a company called Lucid, debuted at the 2017 New York Auto Show, although it won’t be in production until 2019. Like Tesla, Lucid is using the strategy of taking advance reservations. 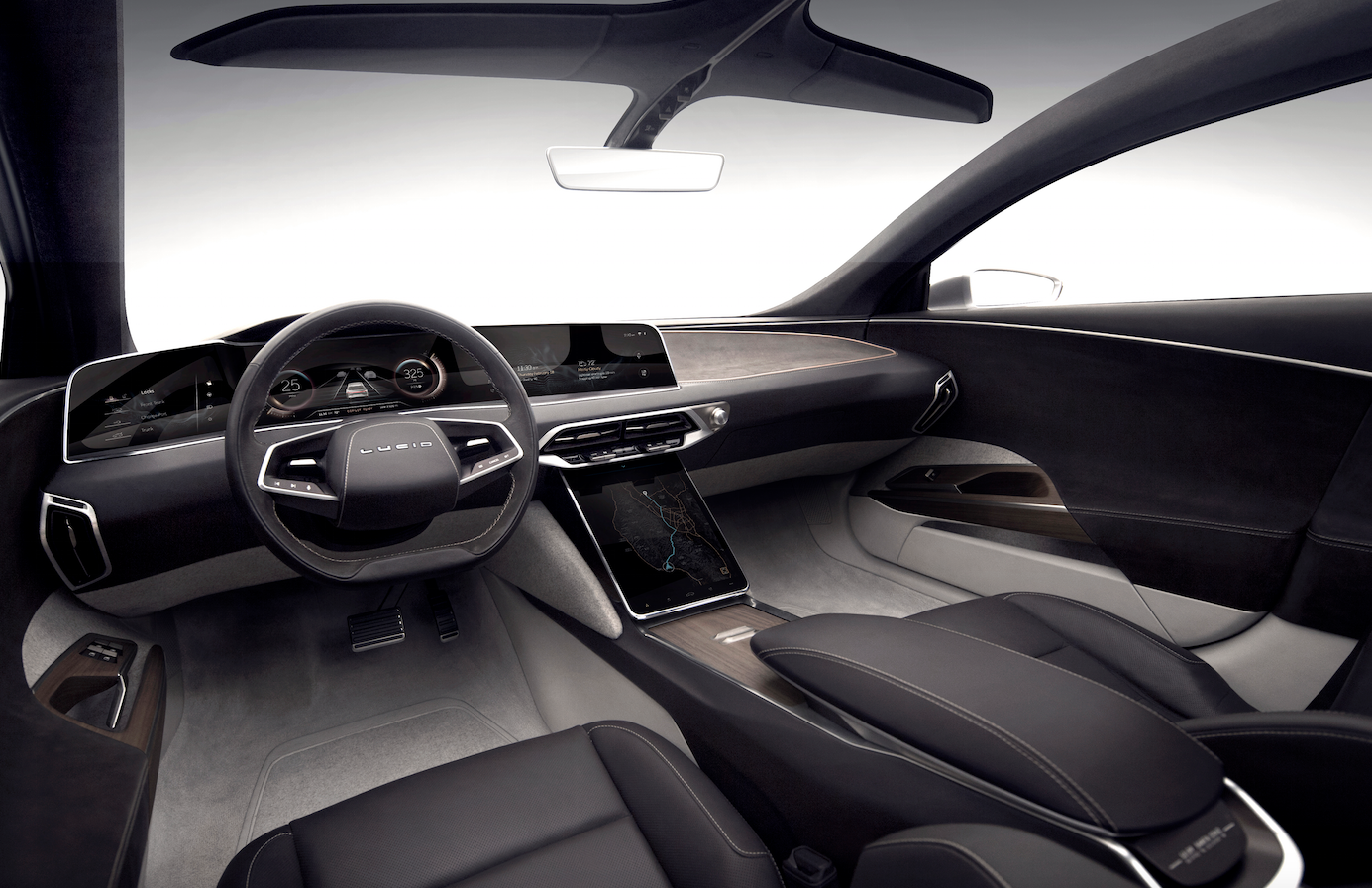 The Lucid Air itself, however, has been undergoing testing, recently at speeds as high as 217 mph. That prototype was on display at the NY Auto Show, as well. Again, like Tesla, Lucid plans to offer its full-size luxury sedan with a variety of power and range options. The peak will be 1,000 horsepower and 400 miles of range. (That’s from a 400-hp front motor and a 600-hp rear motor.) 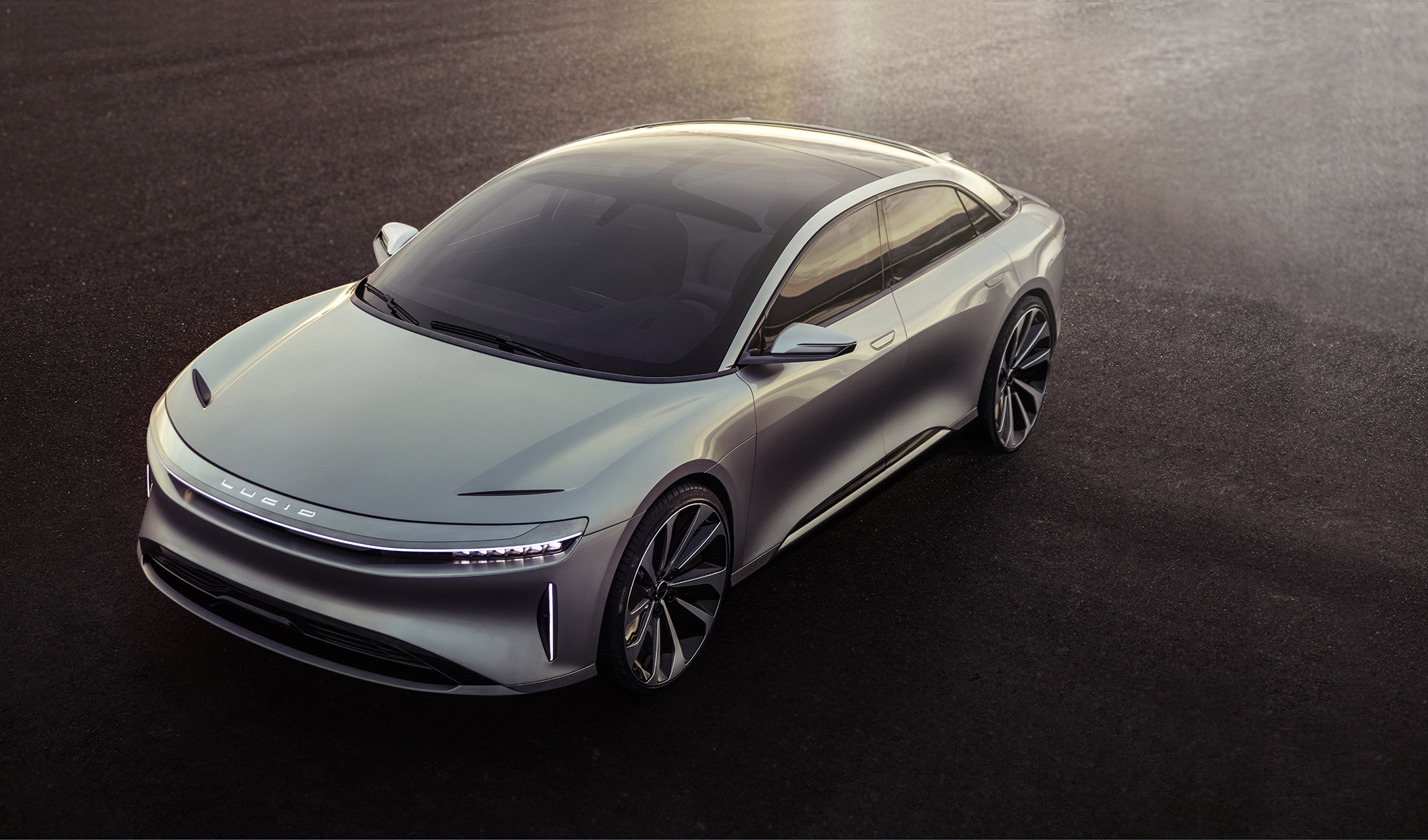 Lucid is not saying the production car will do 217 mph, however. The prototype that achieved that speed was built specifically to evaluate at-the-limit performance. The company used the TRC Ohio 7.5-mile oval to test the car’s high-speed behaviors, including vehicle stability and powertrain thermal management. Of special note: that 217-mph top speed was “software limited.” The company plans to conduct further tests at higher speeds later this year, “to finesse thermal and aero computer simulations.”

“Why So Fast?” Lucid Asks

Anticipating questions about the speed capability, Lucid has said, “The Lucid Air will compete with the best vehicles in the biggest markets around the world. In at least one of these markets, there is an expectation of high-speed cruising that Lucid intends to satisfy.” (Germany, one might presume.)

At the same time, Lucid explained that maximizing range is still its priority. A larger battery, capable of storing large quantities of energy, can release it at at a greater rate, the company explained. In addition, it found that a larger electric motor is proven to be more efficient than a smaller motor.

“The result is a wonderful blend of maximum efficiency when needed and blistering performance when desired.”

Lucid also took a slight jab at the state of today’s hypercars, calling out the Ferrari LaFerrari for its EPA-certified combined city/highway consumption rating of 14 miles per gallon. Lucid expects its big Air sedan, meanwhile, to get a miles-per-gallon equivalent (MPGe) rating exceeding 100.

Given that speed capability, you might ask, could a potential Bugatti rival be possible? Lucid isn’t saying, but a prototype has been tested at 0-60 mph in 2.5 seconds.

A base Lucid Air model will have a 400-horsepower rear motor and a 240-mile range. The company says that car will be priced at $52,500 “after federal tax credits” Bargain hunters need to ask, however, will those tax credits still be available in 2019? As they say, “check with your financial professional.” If you are a financial professional, well, you’re one step ahead of the game. 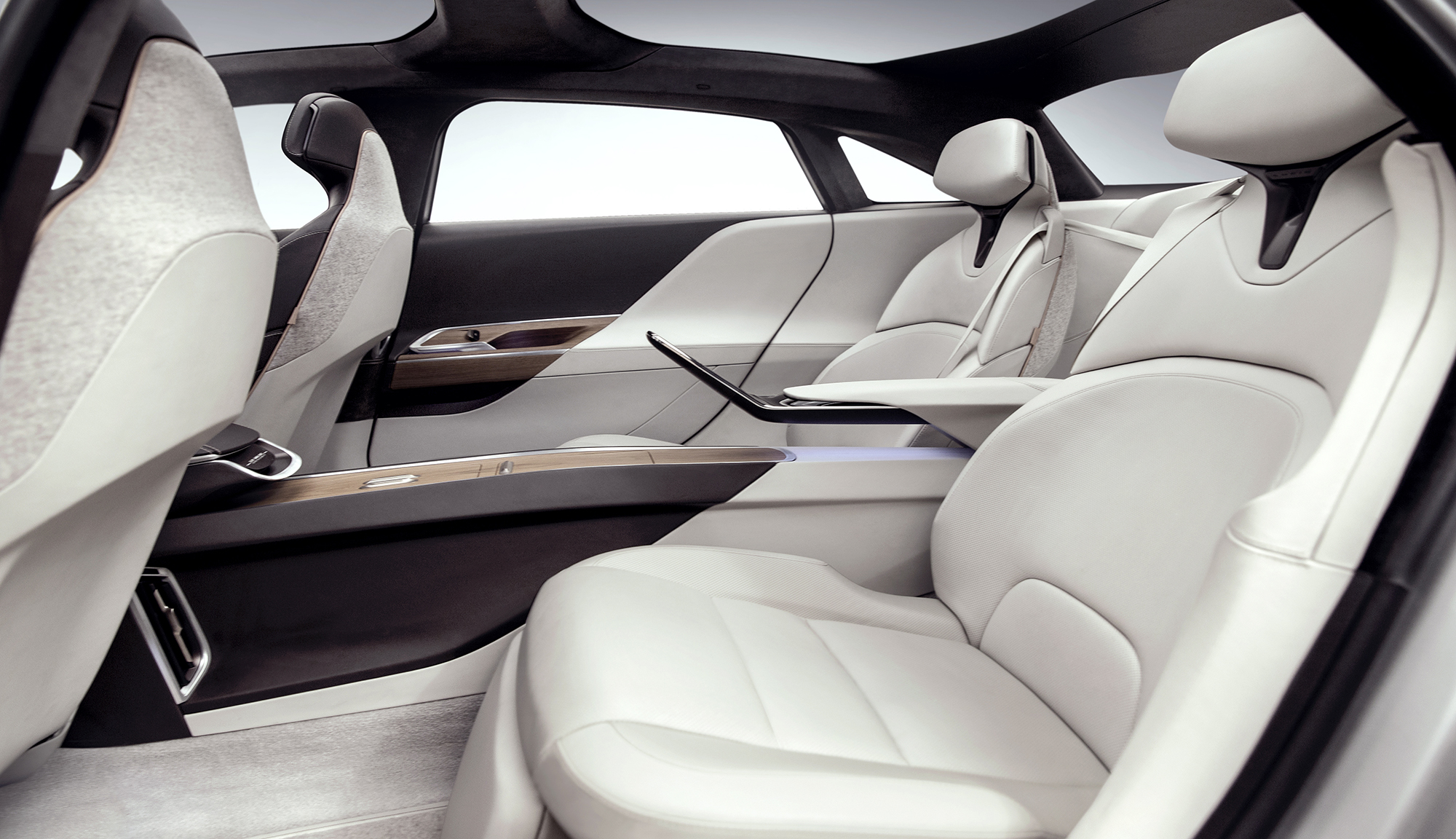 The big Lucid itself is quite attractive, with a clean yet distinctive design that makes the Tesla Model S look dated (well, it is). The interior is large and loaded with tech, and rear seat passengers in particular get a lot of luxury. The driver faces a series of four display screens, including three touchscreens. Like Tesla, Lucid plans to offer periodic over-the-air software updates to add features to its cars.