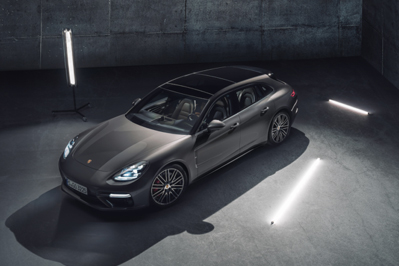 A Porsche for the Griswolds.

If there’s going to be a sequel to the “new” Vacation movie from 2015, Porsche might have just the car for Rusty Griswold (Ed Helms), should he decide he needs something with a bit more panache than the Tartan Prancer SUV from Albania. The Porsche Panamera Sport Turismo that debuted at the Geneva Auto Show in March seems about perfect, though perhaps it might need some faux wood paneling added. 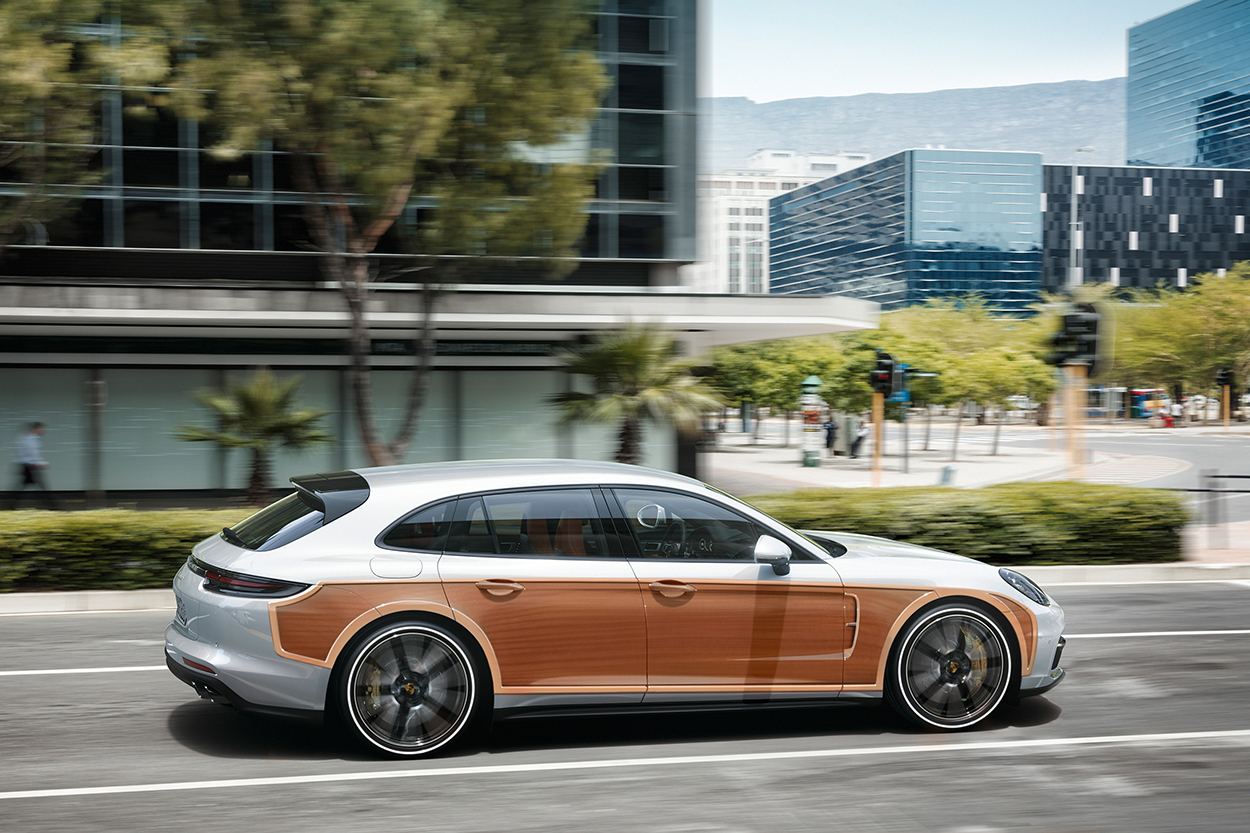 You may have seen an artist’s rendering of just such a variant of the new wagon (and really, it is a wagon) on the Porsche Club of America website. The story was published on April 1, so don’t hold your breath for that one.

Is the Porsche Panamera Better Looking … as a Wagon?

When the first-gen Panamera debuted, some people just didn’t warm to the bulbous design. Porsche had perhaps taken “function over form” a tad too far when trying to provide usable rear seat heads room and luggage room in a hatchback sedan. The designers certainly achieved the goals of making a practical sedan, and the Panamera certainly looked like a Porsche, but, well, lets just say it was not a beauty contest winner. 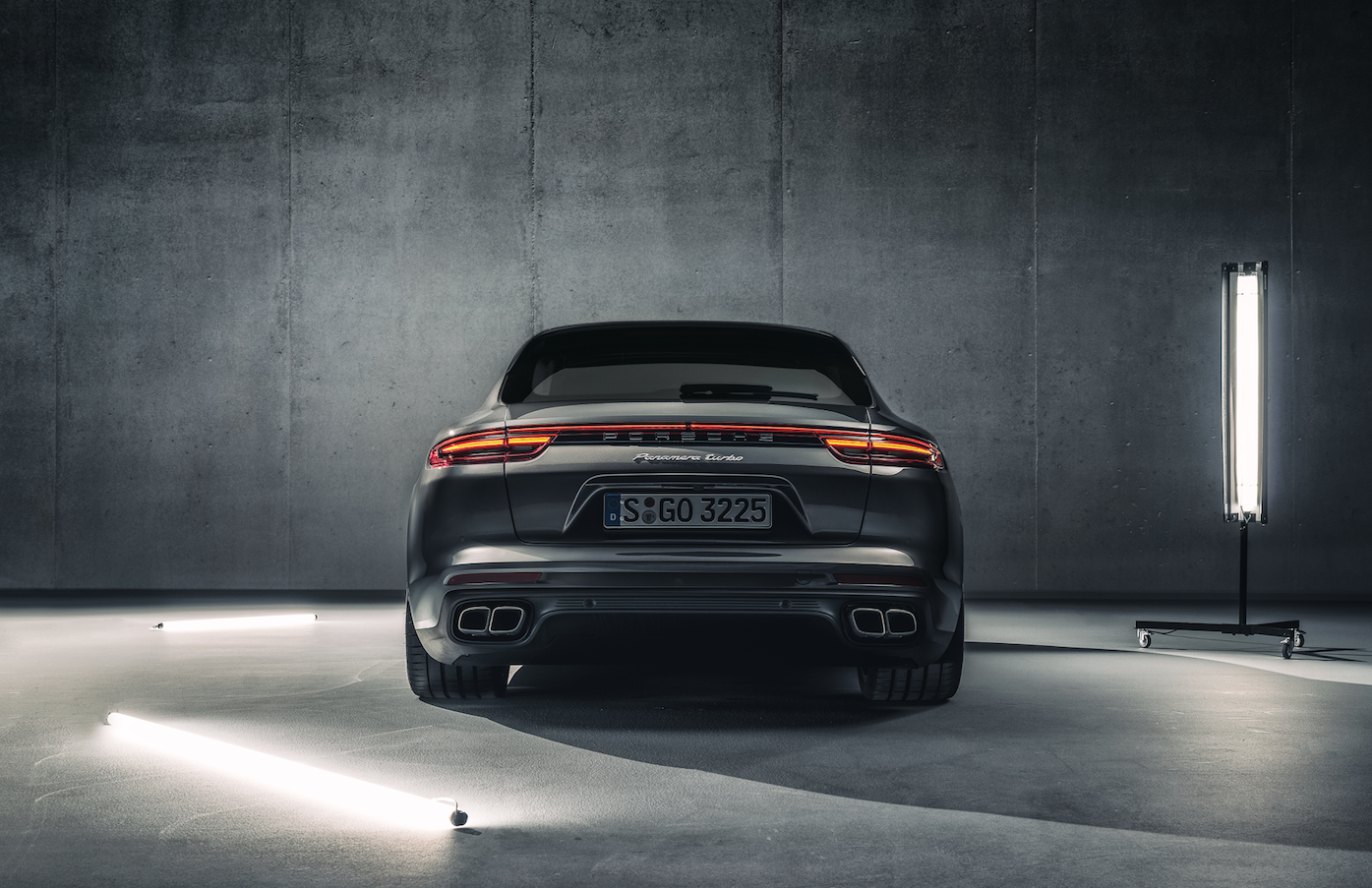 And then came the Porsche Panamera Sport Turismo concept at the 2012 Paris Auto Show. While previewing design changes slated for the Panamera makeover, the Sport Turismo seemed itself to be a nearly production-ready model. More of a fastback wagon than a hatchback sedan, the Sport Turismo gave the Panamera a much more defined trim looking rear end. But, a Porsche wagon? Car & Driver saw the overall design as a marked improvement, saying:

“The new rear end might not add a ton of cargo capacity, but it’s a clean, sexy design in comparison to the soggy mess of a tail on the current Panamera. From the rear-three-quarter angle, one could easily mistake this car for a dropped-and-chopped Cayenne SEMA car.”

The addition of four Sport Turismo variants brings the Porsche Panamera line to 15 models. The “base” Panamera 4 version gets the 330 hp turbo V6 and all-wheel drive; the 4S with a twin-turbo V6 making 440 hp; the E-Hybrid with a combined 462 hp (and, like the 4S, a 177-mph top speed), and the astounding Turbo with a 4.0-liter twin-turbo V8 cranking out 550 hp and 567 lb-ft of torque. This one clocks out at 188 mph, should having a wagon that can go that fast pique your interest. 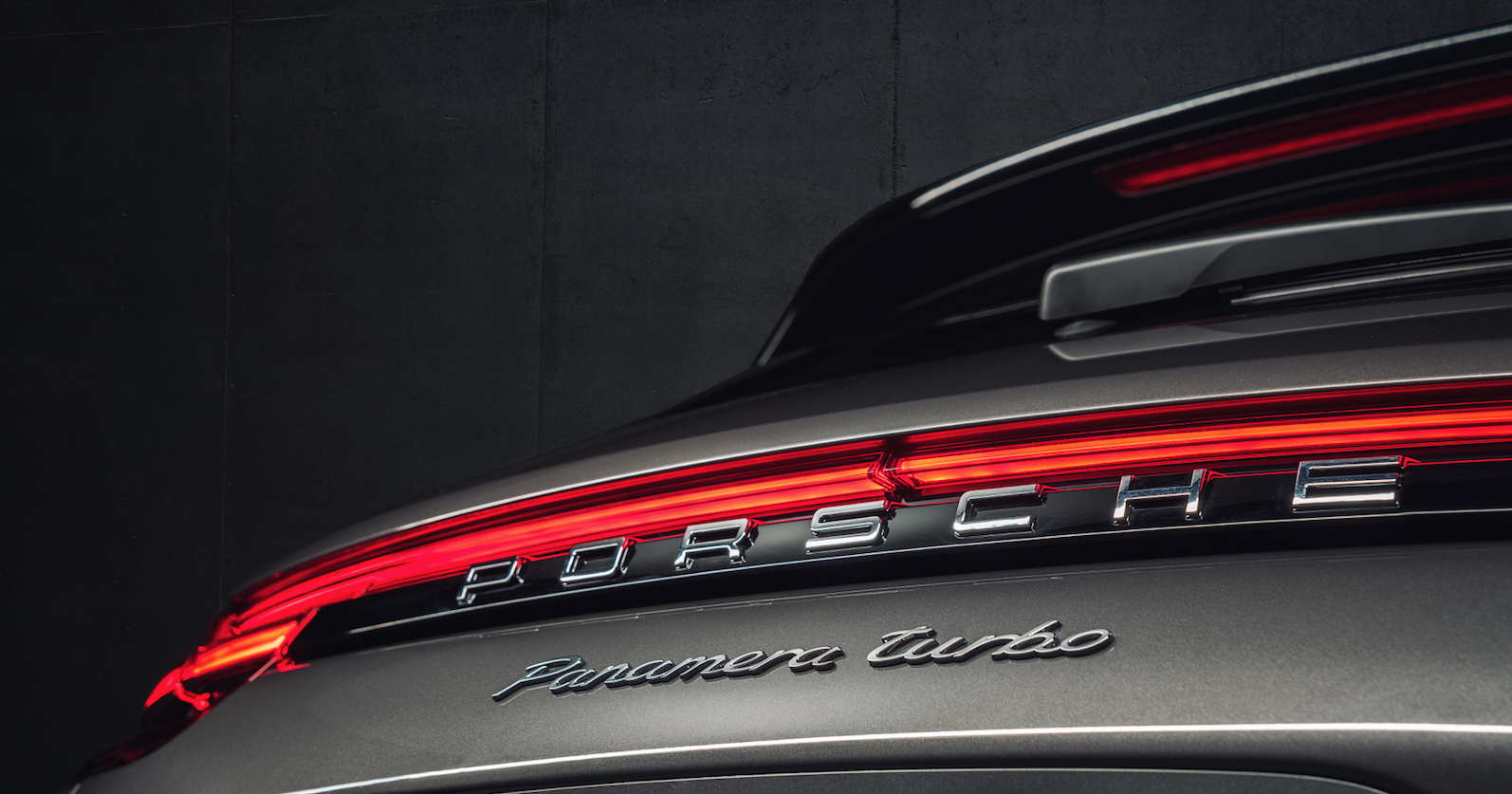 All Porsche Panamera Sport Turismo models get the 8-speed PDK transmission and aforementioned all-wheel drive. They’re built on the same 116.1-inch wheelbase as the sedan and are the same length; only the roofline is longer, which improves rear headroom. Despite the addition of the backpack, cargo room is not markedly greater than that of the sedan: 18.3 cu. ft. with the rear seatbacks up, and just under 50 cu. ft. with the rear seatback’s lowered (3 more than the sedan).

Speaking of seats, the standard configuration is what Porsche calls “4+1.” You have to admire their honesty; nobody would consider the middle of the standard rear bench seat to be habitable by an adult for too long. A bucket-seat setup is available in its place. 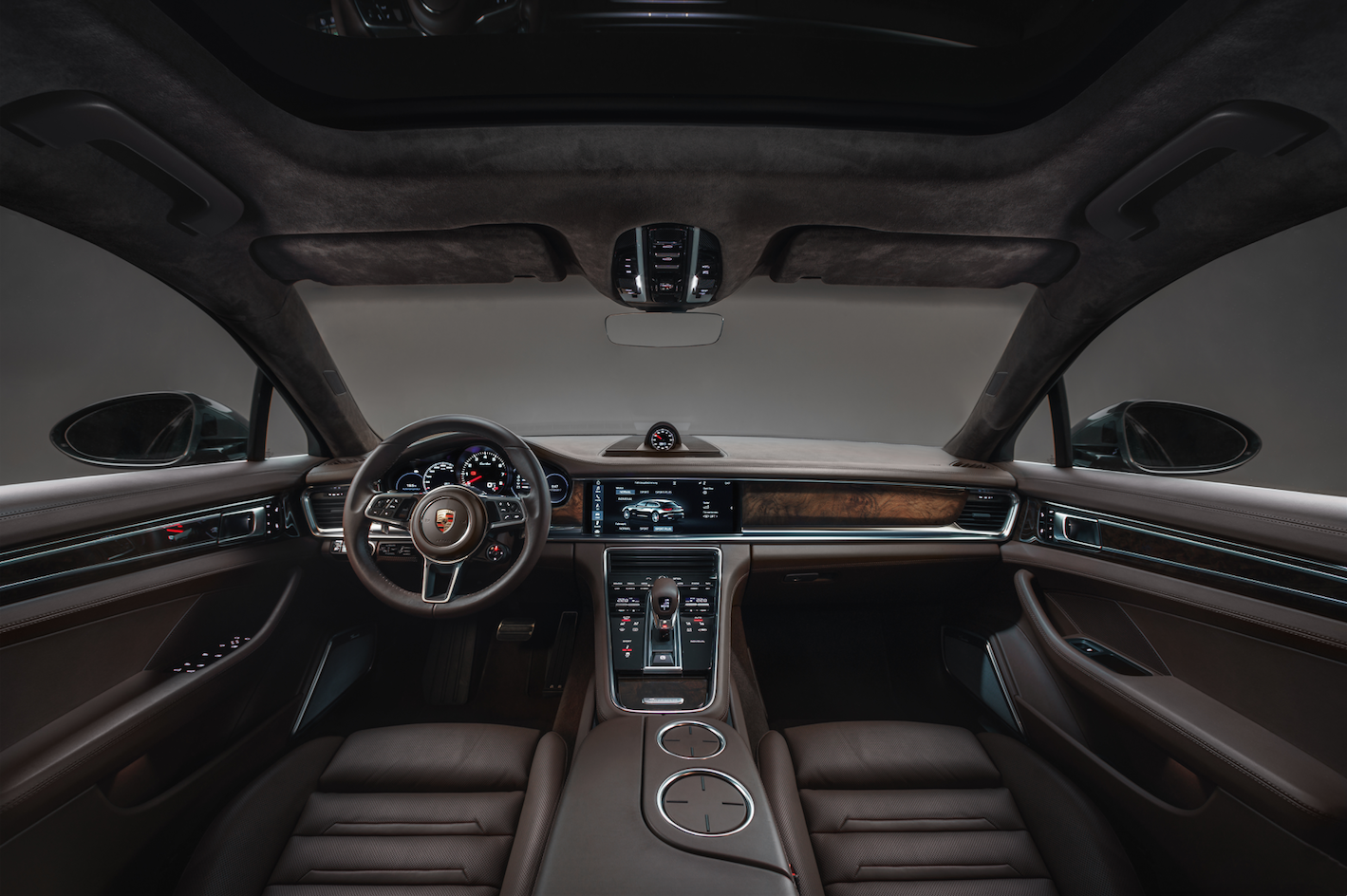 Car & Driver, echoing its 2012 assessment of the concept car, said, “Today’s standard Panamera looks a lot better than its hunchbacked predecessor, with a sleeker profile and cleaner lines, but the Sport Turismo adds an element of extravagance and a distinctly European flair to Porsche’s top-level offering.”

Pricing ranges from $96,200 for the Panamera 4 to $155,050 for the Turbo. That’s of course for the standard models. You know what the Porsche option list can do. Who knows? If customers are willing to pay enough, a Griswold Edition Woodie might not be too far-fetched. 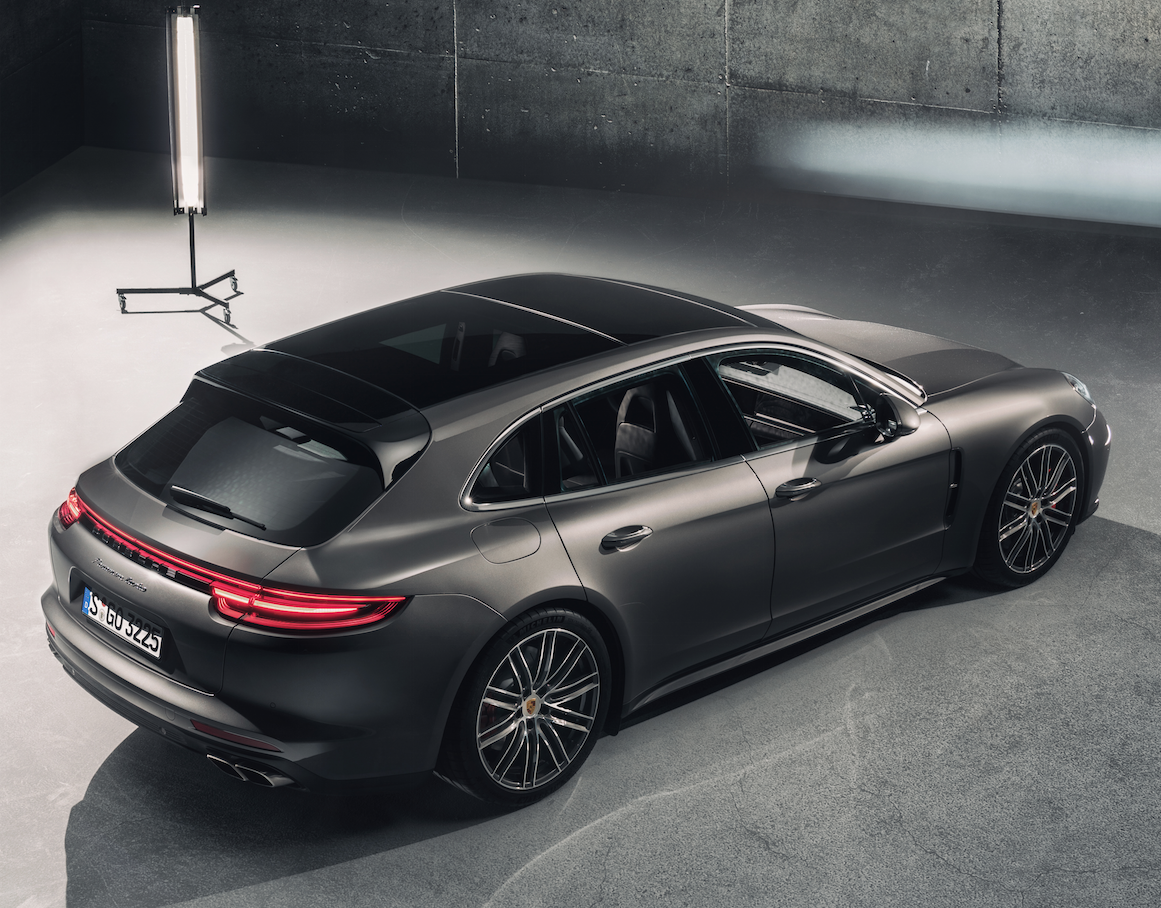