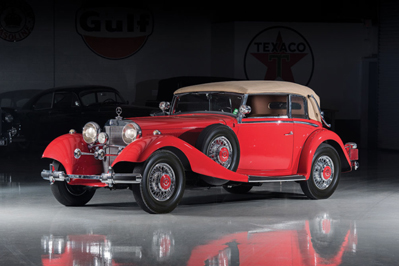 Upending the luxury category 80 years ago.

If you were a head of state or a top Hollywood star in the mid-to-late 1930s, the car to have was a Mercedes-Benz 500K or, starting in 1936, a 540K. One could not help but be captivated by their beauty, impressed by their technical makeup and enthralled by their sheer grandeur.

At the 1934 Berlin Automobile Show, Mercedes introduced the tiny, rear-engine 130 model alongside its most powerful and luxurious hand-built car up to that time, the 500K. The 500 indicated the engine’s 5-liter displacement. The “K” stood for “kompressor,” the supercharger that boosted engine output to 160 hp when it engaged under heavy throttle. The 500K succeeded the 380 and was then replaced by the 5.4-liter 540K in 1936. 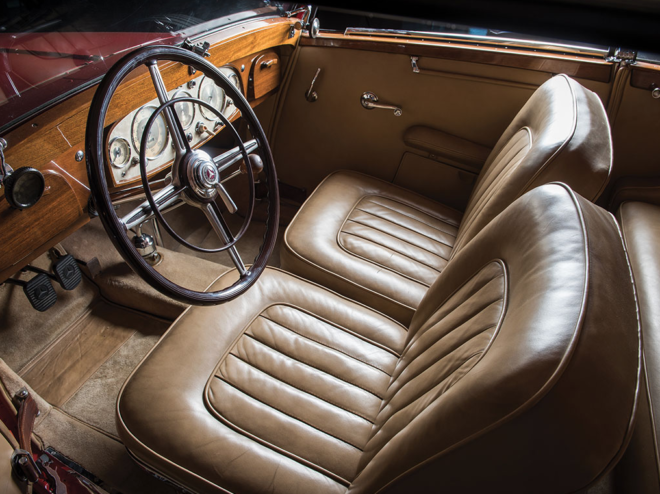 These Mercedes models ushered in a new era for luxury automobile construction. They were the first cars of their type with four-wheel independent suspension, using a world-first double-wishbone coil spring configuration in front and coil-sprung swing axles in the rear. With such a significant leap in chassis technology, this new generation cars emphasized quiet, smooth road performance.

Derived from World War I fighter aircraft technology, the supercharger was first used on Mercedes road cars in 1921. As much for their power, the supercharged Mercedes cars (and then Mercedes-Benz after the merger) were also known for their unique sound.

The 540K offered handling and comfort that were simply beyond many contemporaries. The cabins featured the finest woods, leathers and fabrics. These big Mercedes-Benz models used a 12-volt electric system some two decades before the industry-wide switch from 6-volt systems. Turn signals and windshield wipers were electric, and the cars featured dashboard lighting and safety glass, as well. Vacuum-assisted hydraulic brakes were essential for such a heavy car, and central chassis lubrication enhanced servicing and durability. 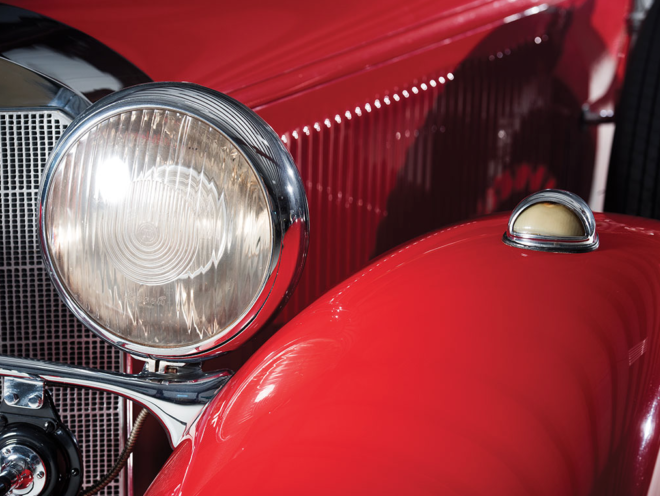 The inline eight-cylinder engine was massive at more than three feet long and weighing about 1,300 pounds. Smooth, silent and tractable, it was a true luxury car powerplant. The supercharger remained disengaged in most driving, engaging via clutch only when the driver applied full throttle. The clutch engaged the supercharger progressively, protecting the mechanism and making the transition to full power smoother for passengers. The 540K offered 115 hp, rising to 180 hp under full-throttle boost.

The customer could choose between a four-speed or four-speed plus overdrive transmission, the latter especially useful on the new autobahns. The heavy 540K could accelerate from zero to 60 mph in about 16 seconds, cruise comfortably at 80 mph and reach just over 100 mph. Owners praise the cars’ handling ease, stability and comfort at those speeds. 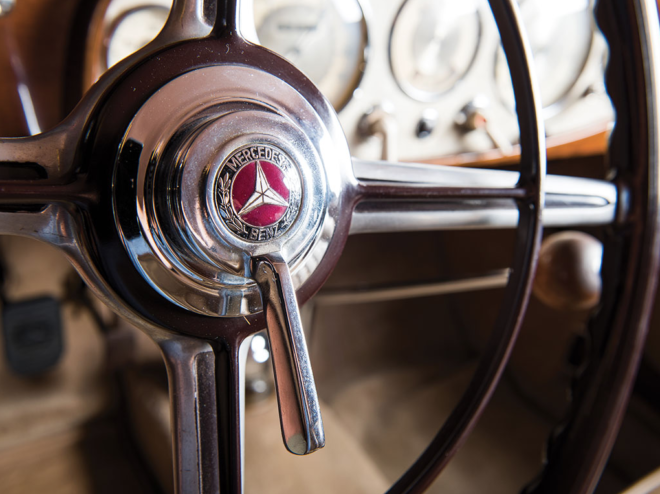 For the 380, 500K and 540K, Mercedes-Benz designed and made the bodies for about 90 percent of the cars built. The Sindelfingen Body Works was the company’s own in-house coachworks operation and offered nine body styles.

Within those nine styles were several special models, and, at the customer’s request, Sindelfingen would make variations on fender designs, rear end styling and interior appointments. The price, generally over $11,000 depending on customer-requested bodywork or appointments, was some five times that of another Hollywood favorite, the Auburn Speedster. “Factory” bodies meant higher production for certain styles, but it also ensured harmony between the chassis and body, along with technicians who knew both well.

The 540K offered three chassis variations: two “long” versions had a 129.5-inch wheelbase but differed in powertrain and bodywork layout. A “short” version had a 117.3-inch wheelbase. The “normal” version of the long-wheelbase chassis placed the radiator directly above the front axle and served as the basis for the four-seater cabriolet “B” (four side windows) and Cabriolet “C” (two side windows) and, later, also for open touring cars and sedans. The Cabriolet B was the most common, if that word can even be applied to such cars, followed by the Cabriolet A and C styles. 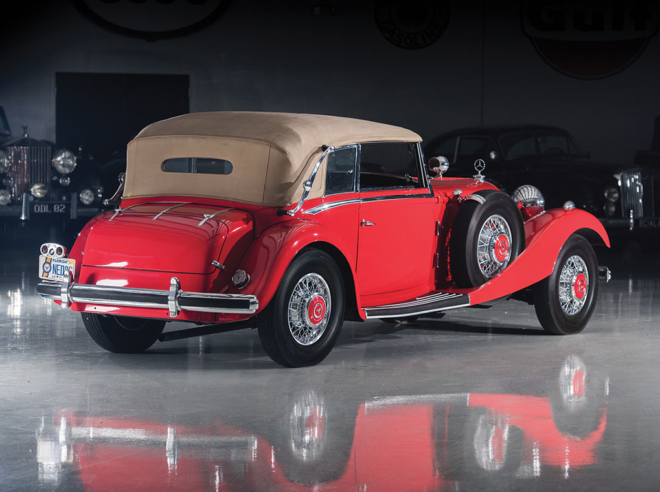 The RM Sotheby’s Amelia Island auction will offer a 1936 Mercedes-Benz 540K Cabriolet B on Friday, March 10. This is a so-called “early” Cabriolet B, which retains 500K-style bodywork, including vertical louvers on the hood sides, but with certain 540K features, including the bumpers. The Cabriolet B was distinguished by its four-passenger interior, with a comfortable rear seat for two, and a soft top with rear quarter windows.