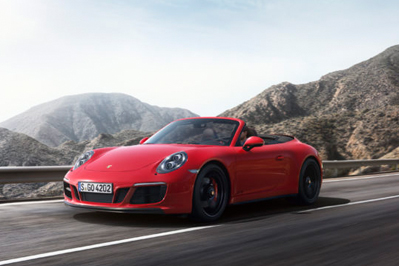 If Porsche spun off its 911 range as a separate brand, there wouldn’t be enough space in most Porsche dealer showrooms to display all the variants. In case you lost count, there are now 22 different versions of the 911, including the recently announced GTS series of five models. The fun starts at an MSRP of $119,000.

Not that long ago, a Porsche 911 with 450 hp from a turbocharged engine was called, simply, Turbo. While the new GTS models give you that power from a 3.0-liter turbocharged flat six, they don’t earn a “Turbo” badge. That’s reserved for the Turbo, the top-dog 3.8-liter 540 hp 911 models.

Today, all current 911 variants, except for the uber-exclusive 911 R and 911 GT3 RS models, use turbocharged engines. 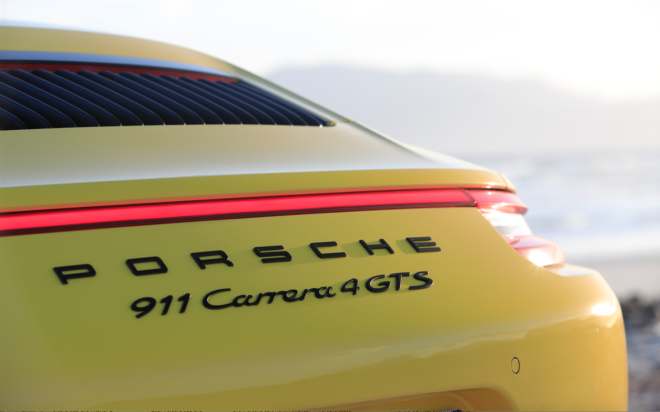 Back in Black (Trim)

The new 911 GTS line bridges the gap between the Carrera S and Turbo models. (Leave it to Porsche to leave no gap in the 911 line unfilled.) The five new 911 Carrera GTS models include the coupe with rear-wheel drive or all-wheel drive; convertible with the same choices and the 911 Targa 4 GTS with all-wheel drive. 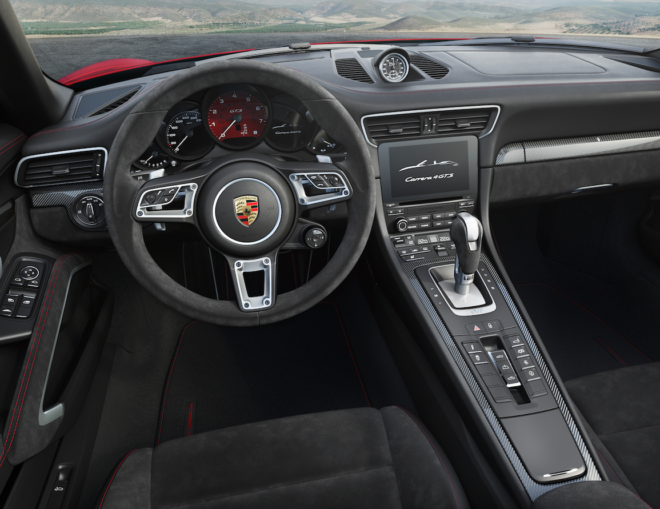 The GTS models build on the Carrera S, sharing its wide-body design and adding tinted taillights and unique black trim elements. (The AWD models get a light strip between the taillights.) The 20-inch center-lock wheels are also painted in satin black, and the black GTS logos on the doors are a subtle homage to the big “Carrera” scripts seen in the 1970s. On the 911 GTS Targa, the targa bar is also black. Even the tailpipes are gloss black, part of the standard Sport Exhaust system that give the 911 GTS models a raspy bark to go with its 450-hp bite. 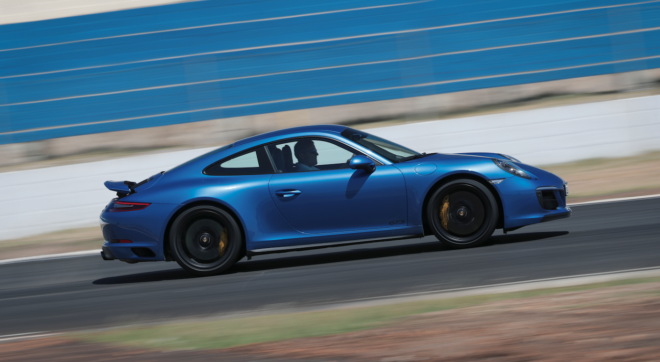 The Turbo That’s Not a “Turbo”

The GTS, though, is no mere trim line. It’s a bumper-to-bumper performance upgrade. The aforementioned 450 hp is accompanied by a stout 405 lb.-ft. of torque. That’s a 30-hp and 37 lb-ft. boost over the Carrera S. The GTS’ torque peak holds steady from 2,150 and 5,000 rpm, a very different equation from peaky Porsches of the past.

For maximum acceleration, the 7-speed dual-clutch PDK transmission is the way to go, with Porsche claiming 0-60 mph in 3.5 seconds with all-wheel drive. You’ll add four tenths of a second with the 7-speed stick shift, but stick purists can probably live with that. Besides, Car & Driver says Porsche’s claims are conservative, since it already recorded a 3.4-second run with the standard 370 hp Carrera. For the record, Porsche does say the lightest GTS, the rear-drive coupe, has the highest top speed at 193 mph.

Speaking of lightest, the rear-drive GTS coupe weighs in at a svelte 3,197 pounds. In an age when some premium sports cars are approaching two tons, it’s reassuring to see that Porsche still adheres to its race-bred engineering principles. 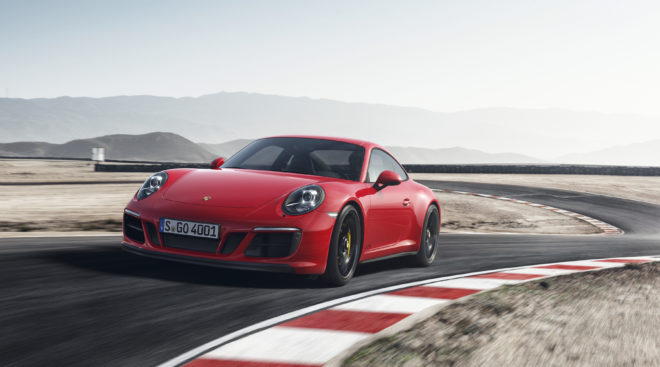 As on all 911 models, Porsche Active Suspension Management (PASM) comes standard on the GTS models, and if you stick with the coupe versions, you also get PASM Sport Suspension, which lowers the ride height by 0.39 inches. You’ll pay more for other chassis upgrades, including Porsche Dynamic Chassis Control, rear axle steering and the Porsche Ceramic Composite Brakes.

The Sport Chrono Package comes standard with every 911 GTS, and that gets you launch control with the PDK-equipped models. That’s one reason for the quicker acceleration. What’s a high-performance sports car without its own app? The GTS comes with the Porsche Track Precision app that puts automatic data recording, display and analysis on your smartphone. It should go without saying that you would look at the data after completing your laps! 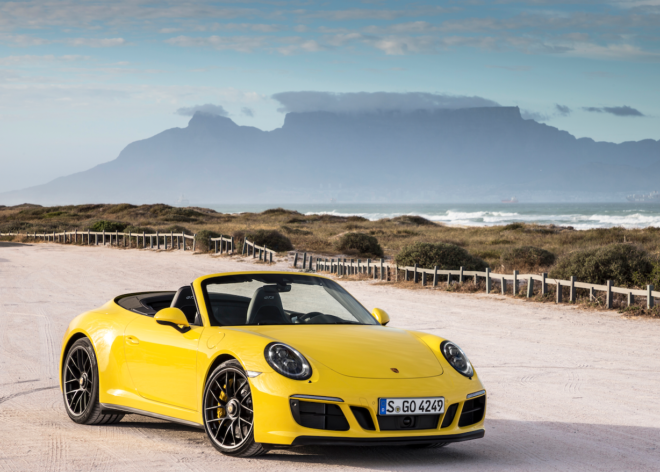 The GTS cabin skews to the sporty side with Sport Seats Plus upholstered in a combination of leather and Alcantara, which also wraps the GT Sport steering wheel, shifter and center armrest. Keeping with the black trim there, interior aluminum trim is anodized with a black finish.

Car & Driver has already weighed in with an opinion on the new 911 Carrera GTS:

“One key 911 attribute that appeals to the faithful is the distinctive manner in which the car puts its power to the asphalt: with unmatched immediacy and laserlike precision. It may sound like a cliché, but there may be no other car that feels this close to being an extension of the driver’s own body.”