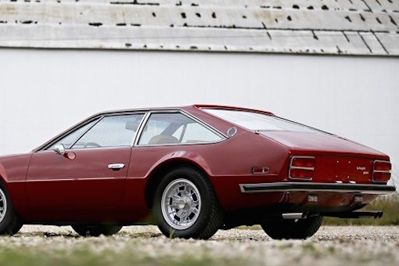 One of Lamborghini’s rarest GTs.

In the late 1960s and early 1970s, Italy’s “big three” couture carmakers – Ferrari, Lamborghini and Maserati – responded to customer demand for high-end GTs that offered more room than their 1960s models. Call it putting more “+” in a 2+2 model, including back seats for children and trunks that could hold more luggage.

Ferrari had the 365 GT4 2+2 and Maserati offered the Indy. Lamborghini went the farthest out on a limb with the Espada, but that was more of a true four-seater, a kind of progenitor to the Ferrari FF and its recent GTC4Lusso successor. Covering more bases, Lamborghini also fielded the Jarama in 1971, as a successor to the very rare Islero. That model had succeeded the cornerstone of Lamborghini, the 350/400 GT and was very much the kind of car Ferruccio liked best – fast and stylish, yet elegant and comfortable.

The man said as much in a January 1991 interview with Thoroughbred & Classic Cars magazine: “I preferred the Jarama to all the others, because it is the perfect compromise between the Miura and the Espada.”

The Jarama would become only slightly less obscure than the Islero, but it secured its unique place in Lamborghini history as one of its last front-engine models.

Lamborghini Jarama – Couture by the Numbers

Two things about Lamborghini might surprise some enthusiasts. First, the kind of cars that today define the marque, the highly extroverted supercars, were the type of cars that founder Ferruccio Lamborghini did not prefer. Second, while a Lamborghini Huracan is indeed a very special machine, it will be downright common compared to the rarities Lamborghini once crafted. (The company built nearly 14,000 of the Huracan’s predecessor, the much-lived Gallardo.)

The Jarama, made from 1971-1976, numbered just 328. (Some were built to order into 1978.) That was about 100 more than the Islero it replaced, but the Islero only lasted two years. Where the Islero looked beautiful in its stark simplicity, the Jarama skewed more to the “spacey” side of designer Marcello Gandini’s pen at Bertone, somewhat like a shortened Espada. In fact, the Jarama sat on an Espada platform with its wheelbase shortened by 10.7 inches, to 94 inches. 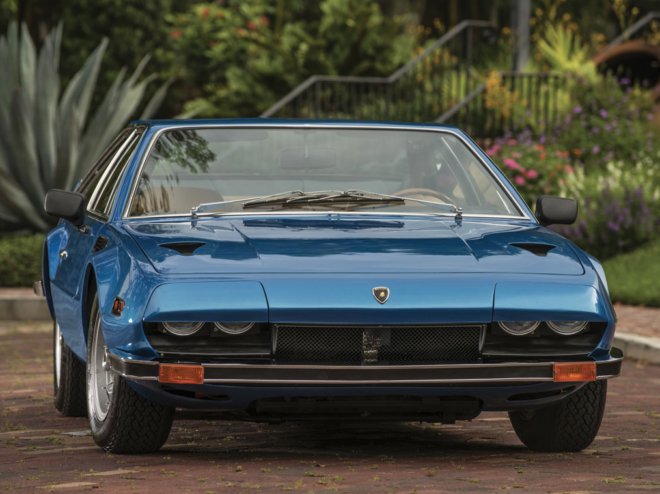 It’s fair to call the Jarama design striking, but whether it is beautiful is in the eye of the beholder. There is some resemblance to another Gandini design, the Iso Lele, particularly around the front end with its semi-hidden headlights. The Alfa Romeo Montreal and Iso Grifo Series II had a similar look.

From certain angles, some might see a passing resemblance to a much more proletarian car, the lowly Ford Pinto, which was only slightly smaller than the Lamborghini. Road & Track, in its June 1972 road test of a Jarama, expressed admiration for the design, calling it “distinctive, fresh, aggressive and effective.” Although the Jarama’s shape might suggest a hatchback, it has a conventional trunk. Final assembly was handled by Carrozzeria Marazzi, which had built the Islero.

The Jarama name, not surprisingly for Lamborghini, has a bull connection: a section of Madrid known for breeding bulls. It’s unlikely that Ferruccio was thinking of the racetrack that hosted the Spanish Grand Prix from 1968-1981; naming cars for tracks would be Ferrari’s angle. 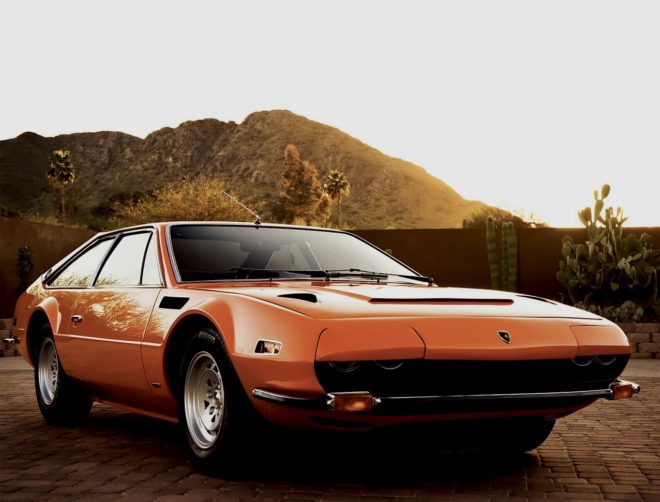 Lamborghini built the Jarama in two distinct series, the first known as the Jarama 400 GT (177 made) and the second known as the 400 GTS or just S, like the Islero before it (151 made). A half-dozen GTs were equipped with a dual-panel glass roof.

The “400” was of course for the fabulous Lamborghini 4.0-liter V12, which produced 350 hp in the GT and then a claimed 365 hp in the S. Also like the Islero, the second Jarama series introduced a number of upgrades to meet customer demand for better fit and finish than in the first series.

To allow the very low hood line, the Lamborghini Jarama used side-draft carburetors for its V12, a trick also employed by Ferrari for the 365 GTC4 and 365 GT4 2+2. In place of the standard 5-speed manual transmission, one could order the Chrysler TorqueFlite automatic in a Jarama, but reportedly only 10 customers did.

Hagerty pegs average value for a Jarama at around $100,000 putting them in the more accessible range of Italian V12 GTs. A few have approached $200,000 at auction. 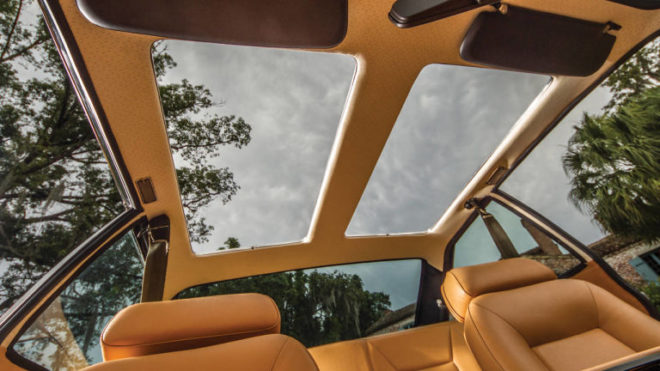