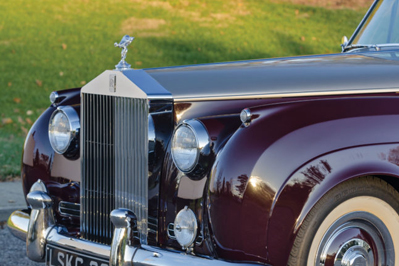 Sometimes, you just stick with what works, even as the world moves on to more modern things. In 1955, France’s Citroën DS upended the fundamentals of car design and chassis engineering, creating, essentially the car of the future. In Britain, meanwhile, Rolls-Royce essentially continued tried and true (a.k.a. “pre-war”) methods to produce its new model, the Silver Cloud. Both cars became global automotive icons. 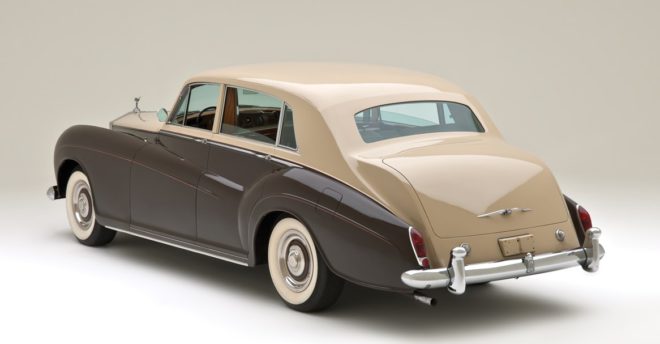 Built in three different series through 1966, the Silver Cloud was the most prolific Rolls-Royce to date, with about 6,700 regular sedans (“saloons”), plus another 640 or so long-wheelbase versions. About 550 Cloud chassis, spread over the three series, featured special coachbuilt bodies, many of them convertibles, but also the more modern looking Bentley Continental and Silver Cloud James Young sedans. (Then, of course, there was the Cloud’s Bentley-badged twin, the S Type.)

The coachbuilt Silver Cloud models have long been prized by collectors, yet the standard sedans, discussed here, have snuck past the $100,000 mark and make excellent drivable collectibles. Values have jumped significantly in the last two years, although many Silver Clouds remain in a deteriorated state as popular wedding rentals.

Dawn of the Cloud

The Silver Cloud succeeded the Silver Dawn, and one could see a recognizable progression from that model. The “double bow” profile continued its predecessor’s theme but now in an all-enveloping body that was also clearly influenced by the beautiful Bentley Continental. Like the Dawn, the Silver Cloud’s body was built mostly in steel by the Pressed Steel company.

The side-opening hood was an anachronistic carryover. Beneath it, the old Rolls inline six stuck around through 1958. The marque’s new aluminum V8 debuted for 1959, when the car became the Silver Cloud II. 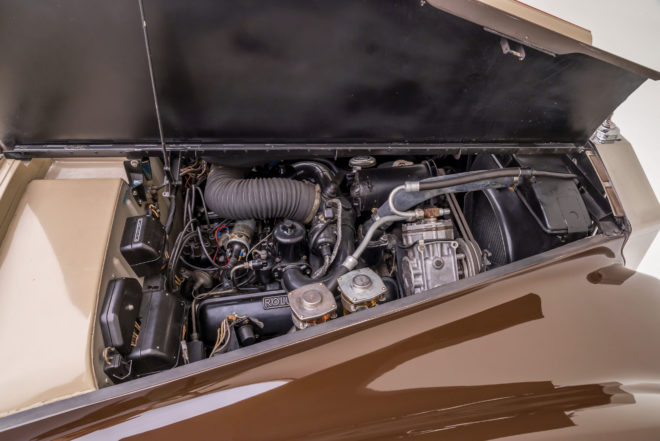 A Star is Born

The Silver Cloud etched itself into the public consciousness through advertising (including non-Rolls-Royce) and television. A 1958 print advertisement, penned by Madison Avenue legend David Ogilvy, claimed, “At 60 miles an hour, the loudest sound in this new Rolls-Royce comes from the electric clock.”

Ogilvy had borrowed the idea from a Silver Cloud road test published in England. It was probably true, but the clock was far from silent. In 1965, Ford picked up on the theme to claim its new LTD sedan rode more quietly than a Rolls-Royce. Of course, the Cloud was a decade old by then.

In the early 1960s, the ABC-TV series Burke’s Law followed the unlikely premise of a wealthy captain from Los Angeles Police homicide division, Amos Burke (Gene Barry), who was chauffeured in his 1962 Rolls-Royce Silver Cloud II.

It was an irreverent TV commercial for mustard in the 1980s, however, that enshrined this Rolls model into pop culture. Of course, you know it: a Silver Cloud pulls astride another, and its chauffeured passenger asks his counterpart, “Pardon me, would you have any Grey Poupon?”

“Traditional” Meant Old Even When New

The Silver Cloud’s engineering was as traditional as its body, with a welded steel frame and leaf-sprung solid axle rear suspension providing a steady and quiet foundation. Early cars lacked air conditioning or power windows, but those features arrived by 1956. Although a manual transmission was initially offered, the defacto standard transmission was GM’s Hydra-Matic, built by Rolls under license. Like Rolls models before it, the Cloud used drum brakes with a mechanical booster licensed from a Hispano-Suiza design – from 1919!

With the V8, a Silver Cloud II clocked 0-60 in about 11-seconds, typical of a time when luxury cars were about comfort, not setting records on the Nürburgring. The 1963 Silver Cloud III brought a slightly lower grille, quad headlights and a claimed 200-pound weight reduction.

Though quiet and stately, the Silver Cloud was not without faults. One sat higher in a Silver Cloud than in other automobiles, appropriate, perhaps, to the car’s aristocratic image. The big Roller was not, however, as roomy as its generous exterior dimensions suggested, and in particular was quite narrow. The steering wheel and almost comically shallow dashboard – the latter elegantly rendered in gleaming wood – appeared fresh out of 1938. Luxury was understated, a kinder way of saying “sparse.” Amenities could not match those of American luxury sedans. 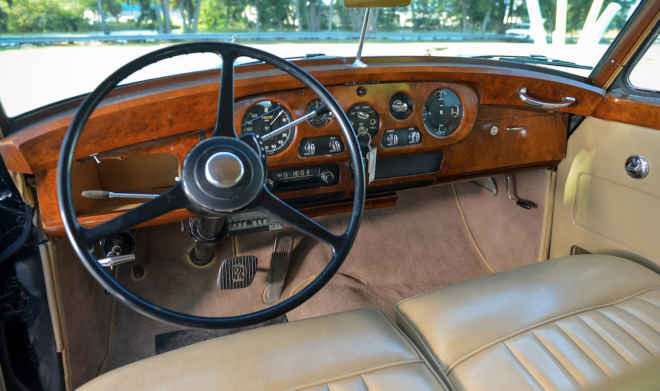 The Silver Cloud’s harshest critic might have been the British auto scribe, LJK Setright. In his 1971 book “Rolls-Royce,” Setright described the Silver Cloud as “bitterly disappointing,” further castigating it as “big and ugly, a car that was heavy, ill-handling and prey to rust.”

Setright’s assessment of the Cloud’s handling and rust issues were not inaccurate. Ugly, though? Automotive design can be a subjective thing, of course, but many would probably disagree with Setright on that point. In the mid-1950s, Rolls faced the daunting task of gently transitioning its conservative customer base into the jet age, and the Silver Cloud did the job.

Perhaps as proof of the iconic nature of the Silver Cloud’s design, it was clearly this car to which designers turned for inspiration for the first new Rolls-Royce under BMW ownership, the 2003 Phantom.