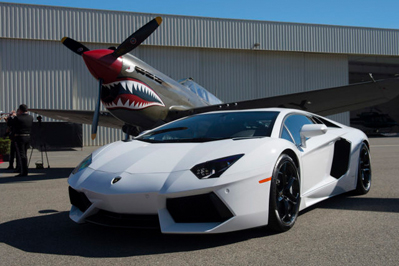 For the Love of Cars

For the past 25 years, Monterey Car Week has been ushered in by a party that showcases the best of the automotive world.  Guests are among the most qualified enthusiasts in the world, attracting displays from exclusive marques like Koenigsegg and Pagani.

Gordon McCall, co-founder of The Quail and frequent class judge at Pebble Beach, started the Motorworks Revival as a celebration of the automobile, hoping to share his passion for all things with an engine.  In addition to high-end vehicles, this year features complimentary tastes of premier culinary offerings in honor of the Revival’s 25th anniversary.

Expect to see some of the most distinguished automobiles in the world, arrayed among opulent private jets and sporting motorcycles.  Some of the top cars consigned to Gooding, Bonhams, and RM Sotheby’s will also grace the event – soaking up the limelight before they cross the block.

In keeping with the event’s niche sponsors and luxurious goods, ticket prices are higher than most on the peninsula.  But it’s well worth the cost; with low-production autos like the Porsche 911R and Lamborghini Centenario selling out before most people even hear about them, McCall’s seems like the perfect venue to catch a glimpse while they’re still for sale.