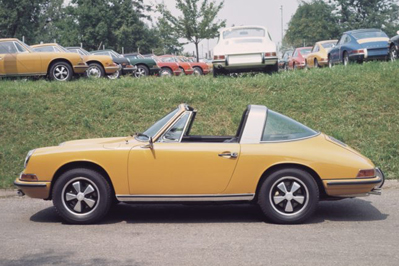 People who are not auto enthusiasts might find the concept of ‘bonding’ with a car strange. After all, how can you form an emotional attachment with an inanimate object? Anyone reading this piece wouldn’t have a problem with the idea but nonetheless let me elaborate- so you might be better prepared the next time some well meaning but dense friend, relative or stranger attacks you for your incomprehensible behavior.

First, let’s talk about the reasons one might become closely attached to what many see as an appliance. It could be that we have a heightened sense of aesthetics. We find beauty that brings us joy when we merely look at cars we fancy. It has a genuine physical effect- an increased pulse, a good kind of uneasiness in the belly, and a seemingly involuntary smile are some of the symptoms.

The Power of Nostalgia

It can also be a matter of emotional stimulation- sitting in a car, the way we settle into the seat, the way the steering wheel rim feels in our fingers- makes us recall the first time we were excited at the prospect of turning the key, engaging the gear and pulling out onto the road. It’s for us the Proustian effect of the madeleine- we are immediately carried back to a flood of wonderful, warm memories.

Certain materials in certain cars have an incredible ability to provoke such recall. Beyond a mere brand, Connelly leather has a distinct aroma on a warm day and the olifactory environment created by the wool broadcloth seats and thick loop carpeting in a 1940s Packard or Cadillac make you immediately feel small, safe and protected.

That others don’t have the same experience when seeing their Avalons at the curb or climbing behind the wheel of their Aveo isn’t surprising. There isn’t much sense memory to be seized from hard plastic and sagging nylon upholstery. Even today’s ‘new car smell’ is mostly adhesive outgassing- mostly reminiscent of the paint department at The Home Depot.

Now, let’s get to the sounds of the cars that we love. Before very talented audio engineers tuned exhaust notes and sent signals through the sound system to make our cars sound ‘sportier’, mechanical engineers designed engines and exhaust systems that made our cars sound exciting.

We can also more often tell if it’s a 4-, 6- 8- or 12-cylinder engine under that hood and revel in their differences. Sometimes you’re in the mood for the silky smoothness of an almost silent giant V-12 or other times what the doctor ordered is the hysterical scream of a small DOHC inline 4 that fills the bill. The vibrations and smells they make also contribute to this multi-sensory symphony.

In any case, it’s abundantly clear that all these factors combine to give the cars that enrich our lives real character and personality. And what truly sentient human being doesn’t respond viscerally to those traits? It’s no small wonder that I often find that when I find myself particularly stressed with my relationships with some people, I can find real relief and almost spiritual renewal by spending alone time with an old car.