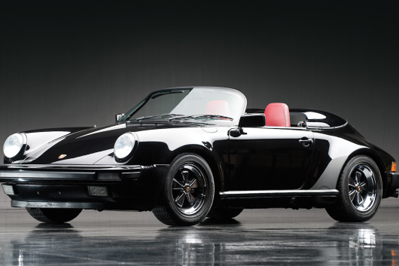 A Potent Combination of Heritage and Nostalgia.

When you say “Speedster” in the same sentence as “Porsche,” it’s usually assumed you are speaking about the stripped-down 1954-1958 variant of the 356. Capitalizing on the power of its own heritage – and the power of nostalgia – Porsche also built three different production 911 Speedsters, the most plentiful being the 1989 model. All have become desirable collectibles.

Porsche issued the 1989 911 Speedster as a kind of sendoff to the original 911 body shell, which was by then 26 years old. The 964-series 911 had already debuted as the Carrera 4, featuring the marque’s first full-production all-wheel drive system. 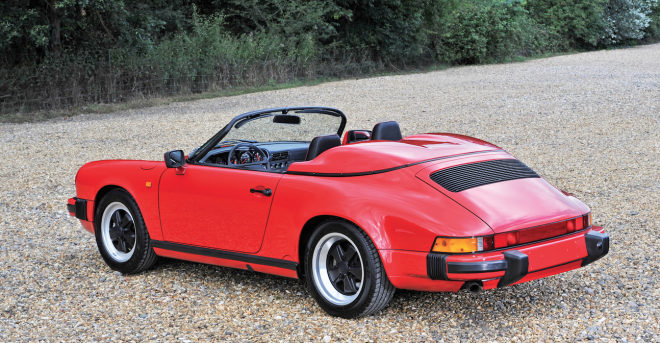 Turning the Past Into Gold

With the 911’s future assured, and a new version in development, Porsche found a perfect way to stoke interest and demand high through the 1980s: build special editions with price premiums. And so we got the Turbo Look option for the Carrera in 1984, the Slant Nose option for Turbos and Carreras, the rare, stripped-down Club Sport, the Silver Anniversary Edition and then, in 1989, the Speedster.

By the 1980s, the 356 Speedster had become a hot collectible. Interestingly, Porsche created that car in response to U.S. importer Max Hoffmann’s request for a lower-priced, more bare-bones model to better compete with British sports cars.

In the late 1980s, there was no need to offer a “lower price” 911; the 944 series filled the entry-level role in Porsche’s line, even if it was not a purist’s favorite. In creating a special 911, the temptation to invoke the classic 356 Speedster proved irresistible, as did the temptation to make the new version a premium, limited-production model. At just under $65,000, a Speedster cost about $6,000 above the standard Carrera Cabriolet. Options could take it past $75,000, and speculators drove prices higher still.

Porsche announced it would build 2,100 911 Speedsters for worldwide consumption and built just around that number. America received 823 of them. The 911 Speedster was based on the Turbo Look body option, including Turbo chassis bits and brakes, but about 170 were built on the standard body. (All U.S. versions were Turbo Look.)

With its 214-horsepower, 3.2-liter Carrera engine, the 911 Speedster was indeed speedy, with zero to 60 mph in the low fives.

Though based on the 911 Cabriolet body shell, the 911 Speedster had its own aluminum-framed windshield, lower by three inches and raked back an additional five degrees. Seats were lowered slightly to preserve headroom with the top up.

The 1989 911 Speedster was a roadster in the truest sense, the top designed for part-time weather protection. Porsche even asked customers to sign a waiver accepting some water leakage and wind intrusion. The top stowed beneath a somewhat awkward looking “double bubble” fiberglass cover. 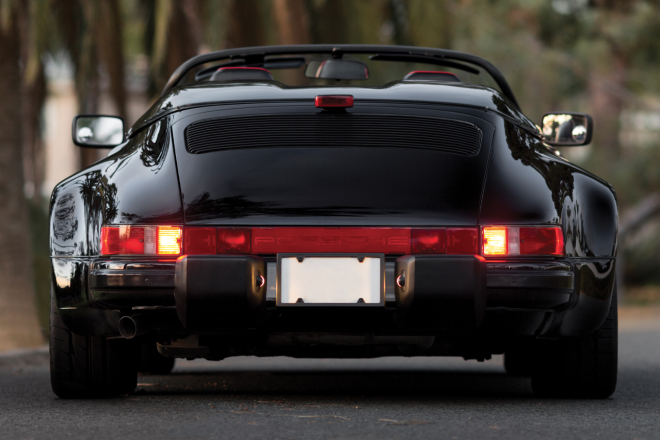 The rear seats were deleted in the 911 Speedster. The driver and passenger seats were manually adjustable, and windows were crank-operated. Porsche not only repeated the Speedster formula for the 911, but in 2011 applied it to the Boxster in the form of the Boxster Spyder.

If Porsche builds another 911 Speedster, you can be pretty sure that it, too, will become an instant collectible.