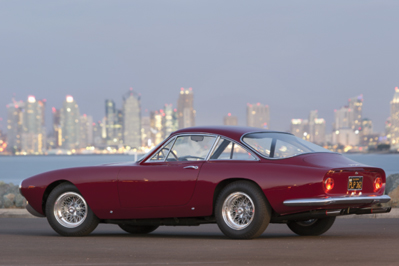 The most beautiful Ferrari ever?

Yet, ask a 250 GT/L driver about the on-road experience, and you’ll learn that this elegant, svelte coupe also earned its rightful place in Ferrari lore for its driving manners. This was, after all, the final road car in the fabled Ferrari 250 GT series and therefore carried the mantle of retiring the 250 GT on the highest note possible. 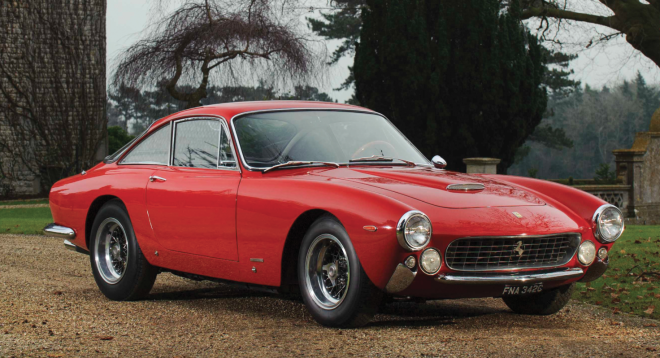 Steve McQueen Had One. Don’t You Want One, Too?

It doesn’t seem like that long ago that the Ferrari 250 GT Berlinetta Lusso was one of the more “accessible” V12 Ferraris from the classic era. Values began a steep increase in 2013 according to Hagerty’s valuation tracking, and auction sales exceeded $2 million in recent instances. You might recall that one Lusso sold for $2.3 million seven years ago. But that one came with unique provenance; its original owner was actor Steve McQueen.

What has long distinguished the 250 GT/L in the eyes of Ferrari buffs and car enthusiasts in general is not its price, but rather its exquisite design and its perfection of the 250 GT theme. Inaugurated in 1954, the 250 GT series yielded an exceptional array of coupes, cabriolets, competition models and of course the 250 GT Spider California. Following the 250 GT SWB, Ferrari embarked on the ultimate race version, the 250 GTO, concurrently with the final road car in the series, the Lusso.

Tasked with designing the final 250 GT variant, Pininfarina created nothing less than a masterpiece. View a 250 GT SWB and a 250 GT Lusso in profile, and it might be difficult to believe that both were built on the same 94.5-inch wheelbase. The Lusso’s proportions, with an additional 10 inches of length, are far more elegant. The body uses steel for the roof and fenders, while the doors, hood and trunklid are aluminum. 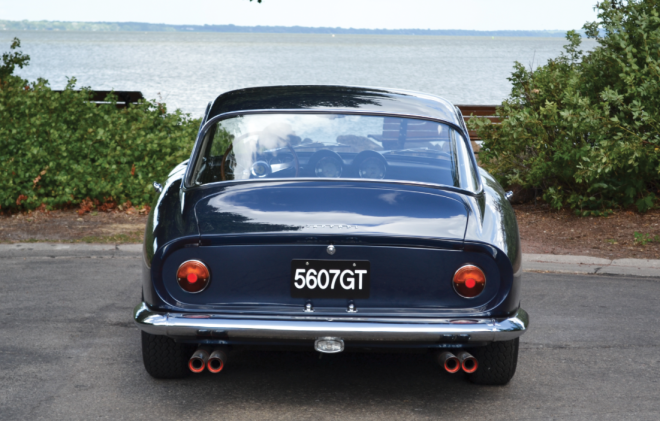 Introduced at the 1962 Paris Motor Show, the 250 GT Lusso displayed perhaps the most flowing lines of any 250 GT coupe, with an airy greenhouse characterized by impossibly thin C-pillars and an interrupted fastback profile. The front end picked up cues from earlier 250 GT’s, especially the SWB, but the Lusso had a unique three-piece bumper arrangement that featured vertical elements under the headlights. The Kamm tail design with single taillights would be reprised for the 275 GTB. 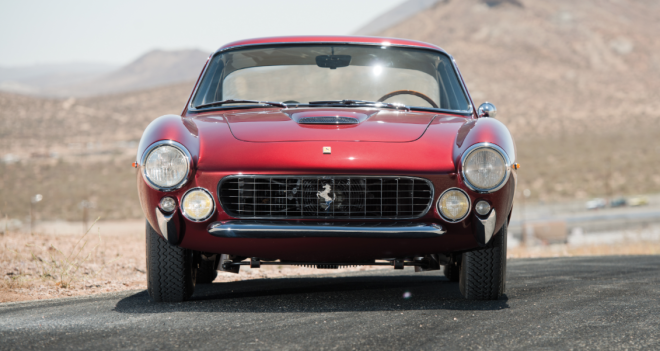 Color is certainly subjective, but silver and various shades of blue seem to give the curvaceous Pininfarina design its most graceful presentation. (McQueen’s Lusso, gifted to him by his wife at the time, Neile, was a brown called Marrone.)

Scaglietti handled coachwork for the Lusso and built 350 examples into 1964, when Ferrari would introduce its next line of two-seat coupes with the 275 GTB.

Viewing the 250 GT Lusso in profile can give the impression that it might be a 2+2. Behind the body-hugging bucket seats, though, is a luggage shelf upholstered in matching leather. One odd choice the designer made was to put the five ancillary gauges in front of the driver, with the large tachometer and speedometer skewed nearly to the passenger side. 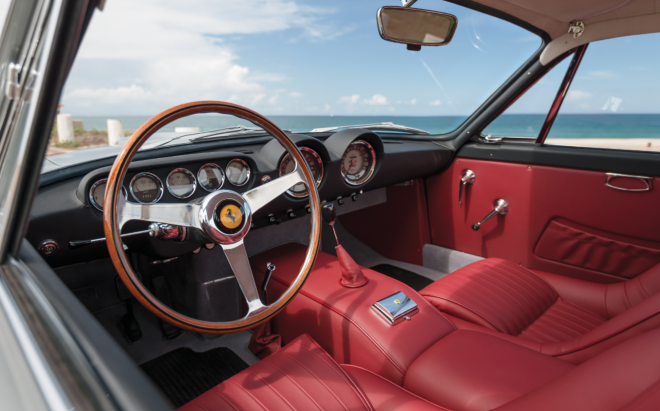 Beneath the pretty Lusso body was essentially the 250 GTO chassis, including four-wheel disc brakes and the solid axle with leaf springs. (The first Ferrari road car independent rear suspension would appear on the 275 GTB.) The 3.0-liter SOHC Columbo V12 made its final road-going appearance in the 250 GT Lusso, equipped with three Weber carburetors for a 250-horsepower output. It was teamed to a four-speed manual, and top speed was nearly 150 mph.

RM Sotheby’s has a 1963 Lusso, the 29th car made (chassis no. 4415) consigned for its Monterey auction. It’s a Ferrari Classiche certified model that’s been fully restored. If you’re thinking of bidding, be sure to brush up on your auction basics before raising your paddle.

What’s it like to drive? Why not hear it from a man who does that often: