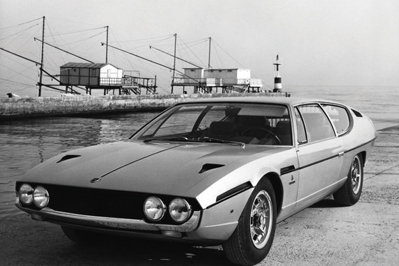 It seemed like the perfect idea for the affluent auto enthusiast: a V12-powered GT combining supercar performance and room for four adults and their luggage. It would be a like a ground-bound private jet, as home on the Côte d’Azur as on the autostrada, autobahn or New York’s Long Island Expressway.

Ferrari deserves kudos for bringing that concept to reality with the FF (now called GTC4 Lusso) in 2011. But Lamborghini got there 43 years earlier with the Espada. Introduced at the 1968 Geneva Motor Show, the Espada overshadowed the Lamborghini Islero introduced the same time. The Espada then became the most prolific of the classic-era Lamborghinis, with just over 1,200 produced. 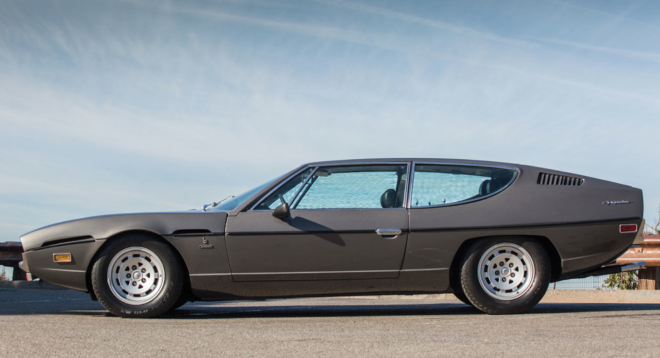 Ask the Man Who Owns One

“It was an audacious, bold car,” said Aaron Robinson, west coast editor for Car & Driver, in one of the magazine’s videos about his own Espada. It’s his second of Lamborghini’s spacey four-seaters. He spent 10 years restoring his first Espada, then sold it, only to pine for another. He later bought the extremely well preserved 1970 model featured in the video.

“It’s not the Lamborghini everybody thinks of when they think of Lamborghini,” Robinson said. “For a young new company, it was quite an ambitious undertaking.”

Indeed, Lamborghini had only the year before upstaged Ferrari with its mid-engine Miura supercar. 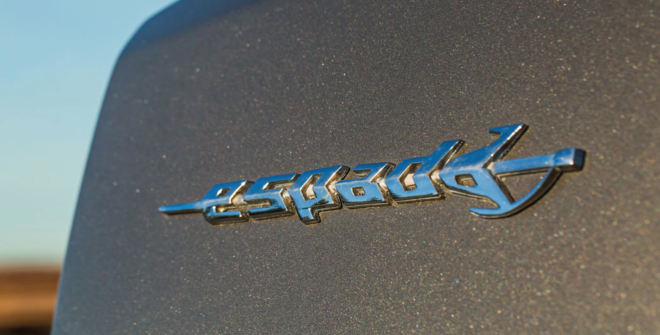 They Could Have Called It “Espacio”

Marcello Gandini, working at Bertone, had designed both the Miura and Espada. For he Espada, he borrowed heavily from the Pirana concept car that he had designed around Jaguar E-Type mechanicals in 1967.

Espada is Spanish for sword, a bullfighting reference for the blade used by a torero to kill a bull. They could have called it Espacio, Spanish for space. Compared to any other V12 coupe at the time, the Espada had more cabin space, enough for four adults, as opposed to a 2+2 with a token rear seat. The Espada also offered good luggage room, accessible through a glass rear hatch.

In person, the Espada’s lowness seems to make it appear longer than its dimensions might suggest. At 186 inches long, it’s about three inches shorter than a Honda Accord, but with the same 73-inch width and a 47-inch height. 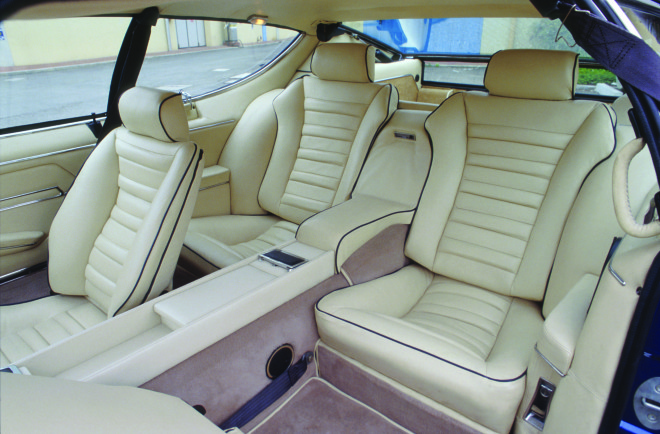 2+2 Really Equals Four in the Espada

In the late ’60s, Maserati offered the pretty, V8-powered Mexico coupe, and Ferrari had the 365 GT 2+2, both with similar dimensions to the Espada, but about six inches taller. Both were 2+2’s, where the Espada – though no limo – offered better rear seat room.

Lamborghini envisioned the Espada as an everyday and even family supercar, much as Ferrari has positioned the current GTC4 Lusso. One customer who used it for that purpose in the 1970s was Robert E. Petersen, founder of the Petersen Publishing empire that included Motor Trend and Hot Rod magazines. His Espada could often be seen in the parking garage.

The Espada’s elongated roofline preserved headroom over the rear seats but resulted in a nearly horizontal rear window. Big side windows and a novel glass panel between the taillights aided rear visibility. Maserati would crib the latter feature for its Khamsin, and Honda famously borrowed the idea for its CRX in the late 1980s as well as its current CR-Z sport coupe.

The short-stroke Lamborghini V12, with six two-barrel side-draft carburetors to clear the low hood line, produced between 325-350 horsepower. With the onset of emission controls, having a 300+ hp V12 that could rev to 7,500 rpm got you into the supercar club in the 1970s.

The Espada could reach 150 mph, but Robinson cautions against exceeding 120.

“At about 100 mph, the car really comes into its own,” he said in the C&D video. “Over 100 mph, that’s when the aerodynamics come into play, the windshield wipers begin lifting off the glass, the front end becomes a little bit light. So 100-120 is about its happy zone.” 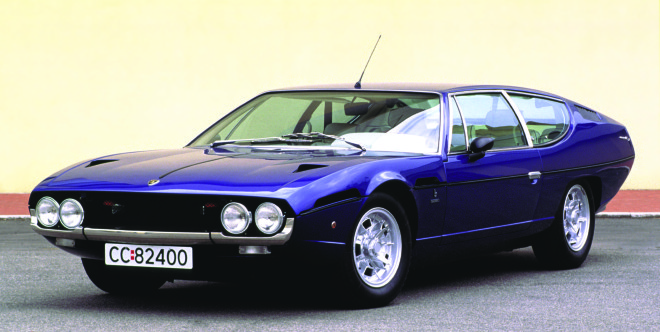 Robinson also warned that the Espada requires diligent attention to maintenance and repair. A typical fate of many was to pass from owner to owner, deteriorating further as each found the cost of upkeep too high. As a result, many Espadas ended their roads in scrapyards.

Lamborghini built the Espada as Series I, II and III models. The U.S. Espadas got big, ugly impact bumpers in 1975, and the last one was made in 1978. 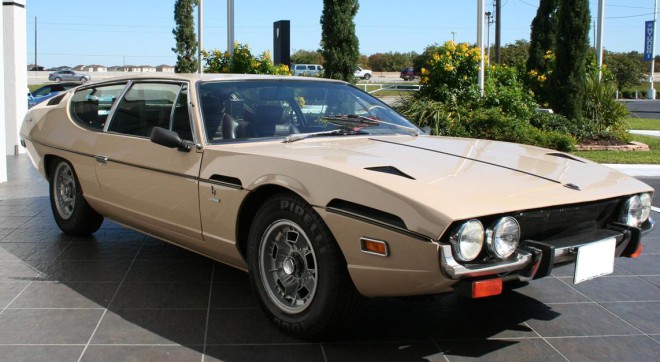