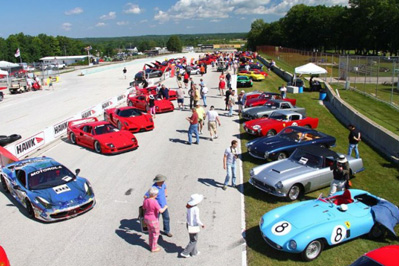 Admission: $45- $55 General Admission to the Concours 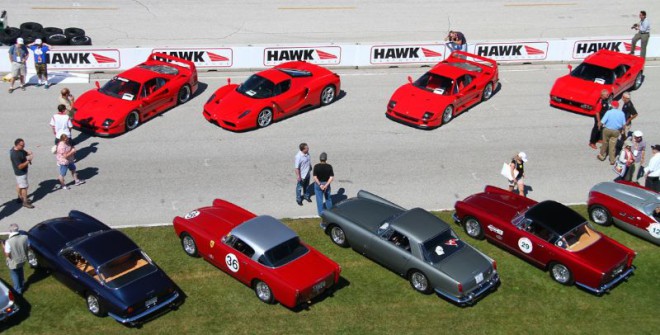 Every year since 1964, the Ferrari Club of America has held a multi-day event for members and owners from around the world. The meet, always in or around a major North American city within spitting distance of a race track, amounts to one of the world’s largest gatherings of Ferraristi and their prancing horses.

This year’s meet, the 53rd, will be hosted by the Ohio Chapter of the FCA and held near the verdant Mid-Ohio Sports Car Course. Rallies, driver’s classes, and historic races take place over the course of the event, but the jewel in the crown of every meet is the North American Field and Driving Concours. 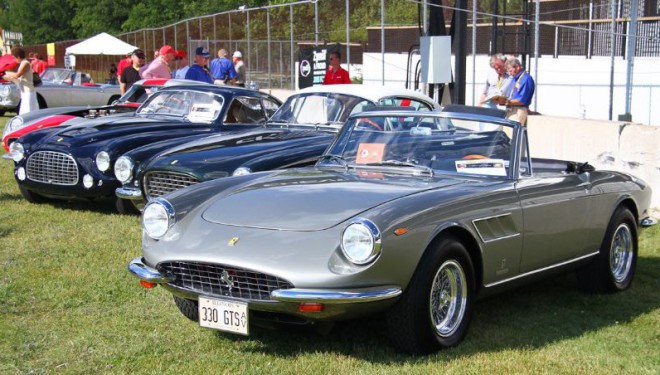 The judging in the Concours isn’t based on competition, but rather a level of perfection and functionality matching factory standards. Reaching a level of originality to gain entrance into the Concours is difficult enough, but the coveted title of Coppa Bella Macchina is awarded only to truly immaculate examples of the Italian marque.

Things like a single engine misfire, paint chip, or just missing the key to the glove box are all it takes to be disqualified for the Coppa Bella Macchina.  Of those (if any) that receive the distinction, only the three capable of lapping the track at the high end of the speeds their car is capable of will receive the ultimate Ferrari award – the Coppa GT.

This year honors the 50th anniversary of the iconic Ferrari 275. Near to 200 Ferraris are expected to attend, with the total value of the vehicles estimated at 200-300 million dollars.  You can do the math. Usually reserved for Ferrari owners, some 300 tickets for the Concours are being sold to the general public in order to raise money for the Arthritis Foundation.  This is a once-in-a-lifetime opportunity to see some of the rarest cars in existence; if you’ve got seeing a Ferrari that ends in GTO on your bucket list, now’s your chance.