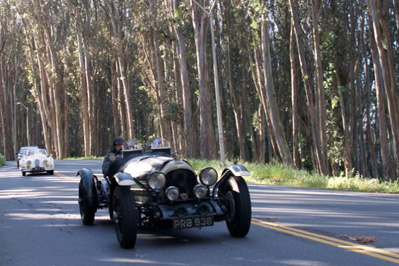 This past April, 25th-28th, the west coast’s tribute to the historic Mille Miglia wound its way though 1000 miles of California countryside.  Now in its 26th year, the California Mille is  a vintage road rally for cars that would have been eligible for the original Italian street race. This year, 67 distinguished automobiles built and raced before 1958 were chosen out of a dense field of applicants for the honor of participating in the rally.

The cars chosen ranged from recognizable classics like the stately Porsche 356 Continental to antique racers like the pre-war Bentley Speed Six.  Though speeds are limited by pesky things like speed limits, the California Mille is a rare chance for spirited, sporty motoring along the best twisty roads this side of the Mediterranean.  Where else can you open up your prestigious concours-winning classic in the company of similarly illustrious autos, and take part in a convoy of elegant lines and obscene price tags.  It’s an enthusiast’s dream and an insurance company’s nightmare. 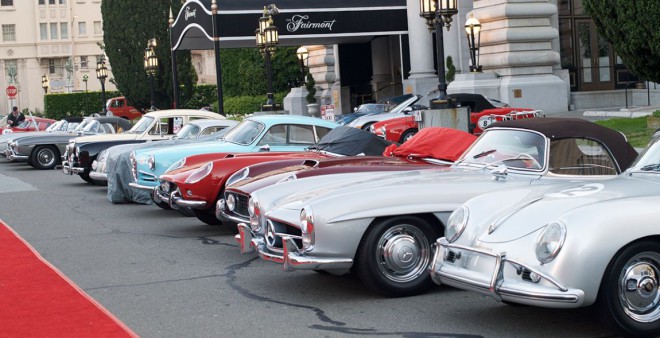 The route, ever-changing to avoid looky-loos and drafting Honda Civics, began at the Fairmont Hotel in San Francisco and ended in Calistoga, California.  On the first day, After starring in the Fairmont’s red-carpet display, the cars crossed the Golden Gate Bridge and stopped for the night in the heart of wine country.  A stint on the Pacific Coast Highway set a precedent for beautiful views, one that was matched daily over one-lane bridges and grapevined country roads. 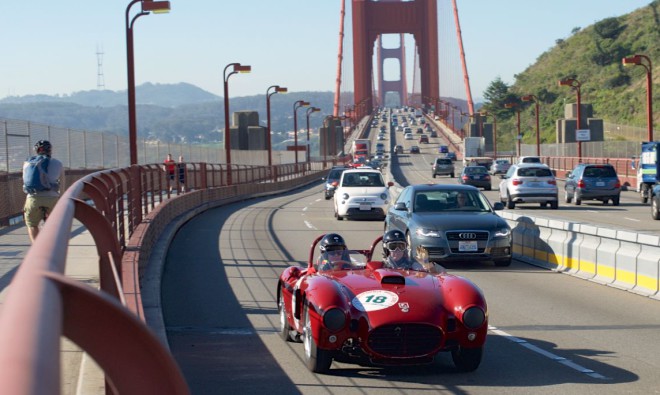 The next few days offered challenging driving through Northern California backroads with points of interest, like the James Dean Memorial, along the way.  Four 250 mile days left the host of blue-chip sports cars bug-strewn and dusty, easily outshined by the smiles of their pilots. Those with open cockpits were happy for a break. 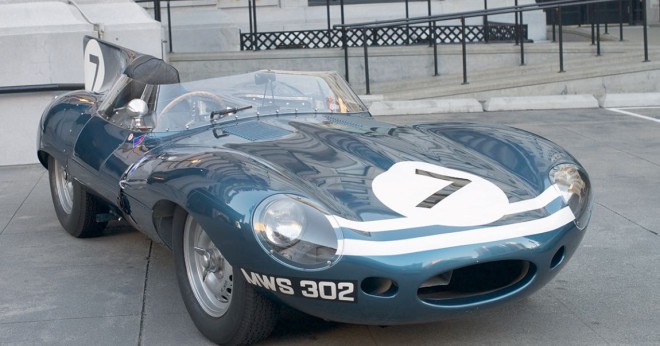