Ah, the magic all-wheel drive. In a workaday crossover, it can take some fear out of winter driving. In a nearly 600 horsepower sports car, AWD can help keep the car on track — quite literally. Lamborghini has been using the technology to great effect since the Diablo VT more than 20 years ago, and with help from parent Audi, uses AWD in all models.

So why is Lamborghini seemingly turning back the clock with the rear-wheel drive Huracán LP 580-2? A simple answer might be to reduce weight (by 73 pounds) or price (by about $38,000), or to provide a more purist driving experience. The truth is all those, plus something else: to give this road rocket the easily accessible ability to experience the joy of controlled power oversteer, a.k.a. drifting through corners.

Slip Sliding Away, but Under Control

Lamborghini didn’t simply build a rear-wheel drive variant of the Huracán. It also tailored the engine’s torque curve and the chassis to more easily transition to oversteer that the driver can control via the throttle. But you don’t need to have mastered the art of controlling a classic Porsche 911 over a snow-covered rally course to access this new juvenile joyriding feature.

As in the all-wheel drive Huracán LP610-4, three driver-selectable dynamic modes include Strada (road), Sport and Corsa (track). In the Huracán LP 580-2, Sport tells the stability control to back off a bit. It also softens the suspension dampers to help induce weight transfer, which in turn fosters oversteer. According to Car & Driver, the new setup can make you look like a drift hero.

“The upshot is a near-600-hp supercar that’s as easy to drift on a bone-dry racetrack as a Mazda Miata is on a frozen lake,” the magazine said.

It’s not all about doing donuts at your college reunion, however. Motor Trend noted that the Huracán’s suspension changes were made to deliver the response and feel expected in a high-powered rear-drive sports car, saying this:

“The LP 580-2 has the best steering response, precision, and feel of any Lamborghini we’ve ever driven.”

To be clear, the Huracán LP 580-2 is not a single purpose drift machine. In Corsa mode, it will, as Car & Driver so aptly put it, “maximize grip over slip while still allowing the occasional slide” and still generate “adjective-stretching traction.”

In this, the 50th anniversary year of the Lamborghini Miura, that’s like a gift to the faithful. 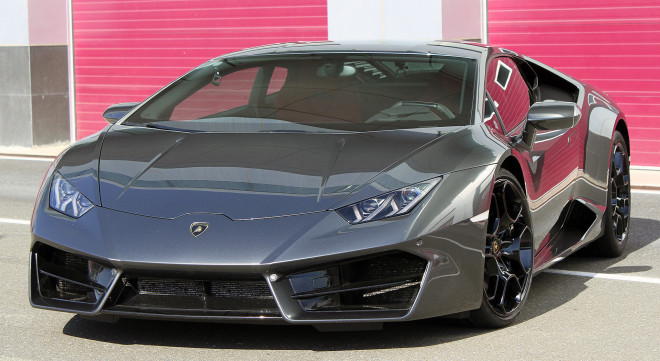 The Huracán LP 580-2’s 5.2-liter V-10 is basically the same as its all-wheel drive brother, but tuned in this car for 572 horsepower instead of 602. Losing the AWD system cuts 73 pounds from the car. That’s not a huge amount, but it also helps shift the weight balance rearward.

Will you miss those 30 horsepower? Probably not, but don’t find out by drag-racing a Huracán LP610-4 for pinks. The rear-driver will come up a bit short in the zero-to-60 and quarter-mile sprints, and in road course lap times, too. Yet, speaking from a driving purist’s point of view, Motor Trend, thinks the tradeoffs are worth it (even if they do cost less).

“That’s what makes this the better Huracán and perhaps the best modern Lamborghini: information streaming from the car, more dynamic variables available, and more tools in the driver’s toolbox,” the magazine said after previewing the Huracán LP 580-2 at the Losail International Circuit in Qatar. 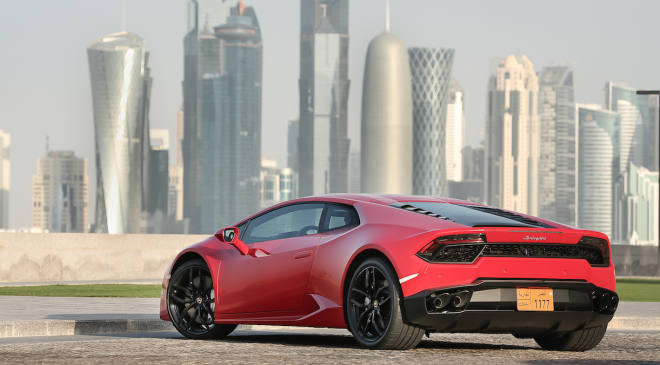 Lamborghini aficionados might notice the restyled bumpers on the Huracán LP 580-2, but in other respects it looks just like the all-wheel drive version. Which is to say, if looking at one does not raise your pulse rate, get yourself checked. The cabin, an exemplar of supercar modernity and tastefulness, remains the same as well.

Unlike Ferrari, Lamborghini has not made the switch to smaller-displacement turbo engines yet (but will likely need to). In the meantime, enjoy the Huracán’s naturally aspirated V-10 that, as Car & Driver describes it, “growls, snarls, and ultimately screams its way toward its stratospheric redline.”