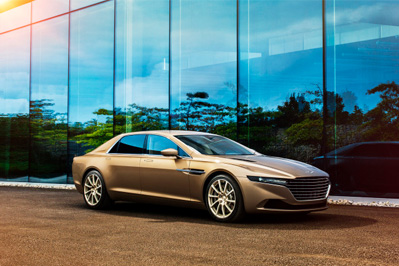 Such is the power of bold, memorable design that when someone mentions Lagonda, you probably think first of the wedge-shaped sedan built by Aston Martin from the late 1970s until 1990. How many car enthusiasts immediately think of the company that tractor manufacturer David Brown bought in 1947, the same year he purchased Aston Martin, or the elegant, powerful touring cars it produced into the late 1950s?

With Aston Martin confirming plans to re-establish the Lagonda marque by the end of the decade, and also confirming that one can now order the $1 million+ Lagonda Taraf sedan in the U.S., it’s worth taking a look at the Aston Martin-built sedans that have worn this badge.

History buffs might be interested to know that Lagonda was founded in England in 1906 by an American, Wilbur Gunn from Springfield, Ohio. He liked the Shawnee name “Lagonda” for Buck Creek in Springfield.

After buying Lagonda, Brown introduced new models, including one with a V12 engine designed by W.O. Bentley. The cars continued pre-war styling until their end in 1958, by which time a Bentley-designed six-cylinder engine was used in Lagondas and Aston Martins.

In 1962-1964, Aston Martin built a new Lagonda Rapide, a sedan based on the Aston DB4 chassis and taking its name from a previous Lagonda model. Though nicely proportioned, the 1960s Rapide bore an unfortunate resemblance at the front to Ford’s failed Edsel. Maybe that’s why production stopped at 55 cars. 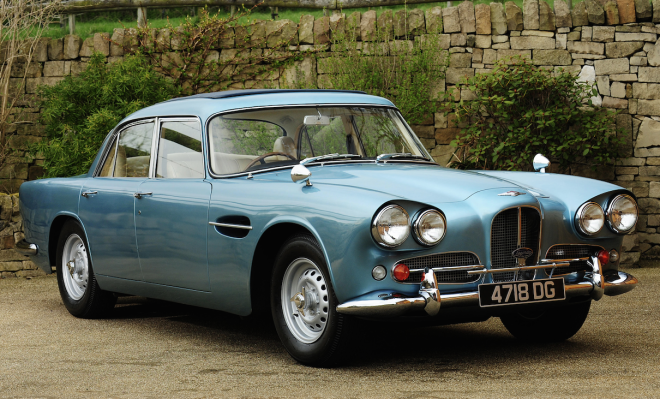 Being head of Aston Martin had its perks, and for Brown, one of those included a custom-made four-door version of the 1969 DBS V8, wearing the Lagonda badge. The lines of the William Towns-designed coupe translated seamlessly into a stretched sedan. Aston Martin put the Lagonda into “production” in the mid-’70s but built just seven cars. It’s a shame, because it was a beauty. 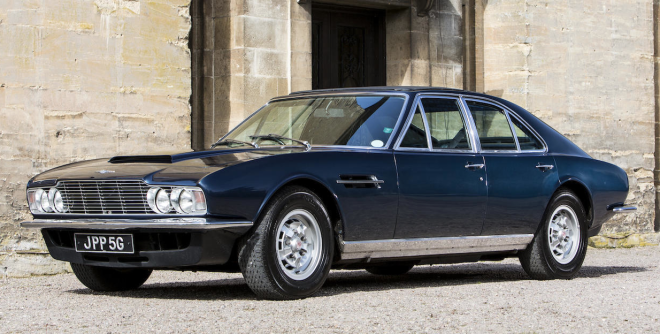 Another Decade, Another Lagonda

Fortunately, designer Towns took no inspiration from the 1962 Lagonda when he designed the next version, unveiled in 1976 but not available until 1979. Towns, who passed away in 1993, deserves credit for applying a dramatic wedge profile to such a large car. Its ultra-low hood demanded pop-up headlights, but later models used six conventional lights in the grille.

Some called the design polarizing, but many, including this author, think it was a masterpiece. To see one in person is rare, with just 645 built, but it is a meeting you’ll never forget.

The 1970s Lagonda rode on a stretched version of the Aston Martin V8 chassis and used the 5.3-liter V8 and a Chrysler automatic transmission. Car & Driver described the 1979 Lagonda as “part spaceship and part Rolls-Royce, with a strong dose of autobahn express thrown in for good measure.”

One could imagine the Lagonda as the ideal personal car for Q, James Bond’s gadget-master. He would have loved the video-driven, electronic touch-operated dashboard, if only it worked as well as the devices he made for Bond.

Aston Martin jumped back into the sedan fray in 2010, resurrecting the Rapide model name but not the Lagonda marque. A more powerful Rapide S arrived in 2014 with a 550-horsepower version of the 5.9-liter V12. Of this model, Car & Driver said, “Like a British fantasy tale, this is a car girded for the adventure of arriving and the thrill of leaving.” 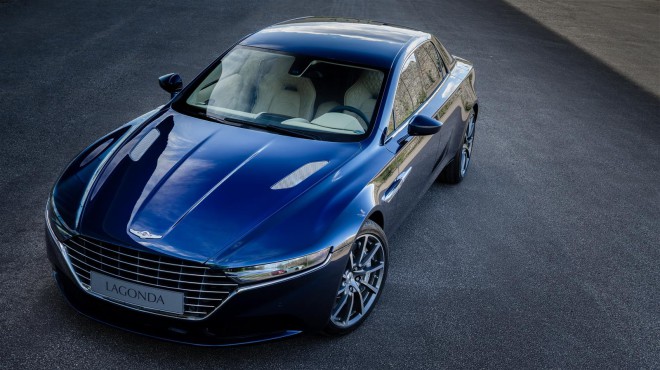 It’s good to be an oil sheikh. When Aston Martin pulled the Lagonda name out of retirement in 2014, it did so for an ultra-limited production sedan called the Taraf – but only for Middle East oil kingdoms at first. That made sense, given the $1 million price tag.

This year, Aston Martin added the U.K. and U.S.A. to the Lagonda Taraf’s market, but you can expect it to remain ultra-rare. Built on a stretched version of the Rapide S chassis, the Taraf is claimed to weigh the same as its smaller cousin, thanks to a carbon fiber body.

The Taraf’s real mission is to re-establish Lagonda as an ultra-premium marque. For now, Aston Martin is not saying what vehicles will carry that badge, but ultra-high-end sedans and an SUV are a pretty solid bet. 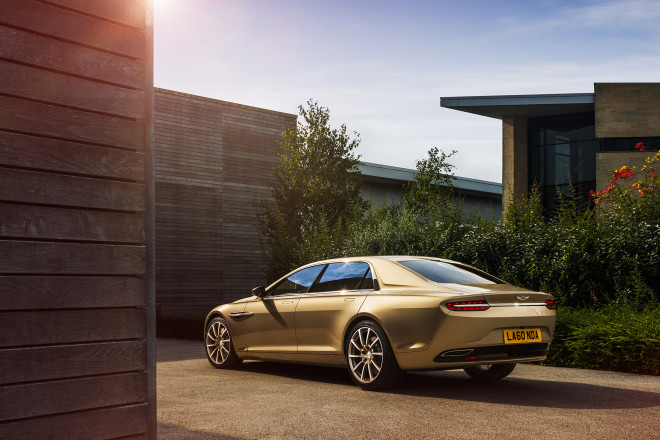