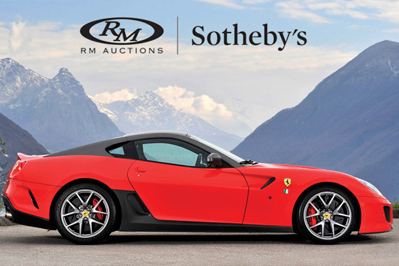 RM Sotheby’s holds a coveted spot as the last auction of fine automobiles before the Grand Prix. The Monaco auction boasts a docket as varied and distinguished as one would expect from RM Sotheby’s, as well as a handful of spunky Fiats and microcars. From Lamborghinis and Ferraris to Aston Martins and Bentleys, RM Sotheby’s has some of the finest cars in Monaco on offer to honor the Historic Grand Prix. Premier’s team of leasing experts will be keeping a close eye on the bidding, here are a few of their top picks.

Our resident Porschephile, Northeast Sales Manager Keith Neelans, is watching the 1961 Porsche 356 B Roadster at Lot 237. This convertible 356 followed in the footsteps of the more spartan Speedster but with bumpers and an improved windshield and soft top. Like the convertible models before it, the Roadster also had a removable windshield, should your hobbies include amateur racing. Having driven less than 1,000 kilometers since it was fully restored, this is a rare chance to acquire a pristine example of this iconic Porsche. 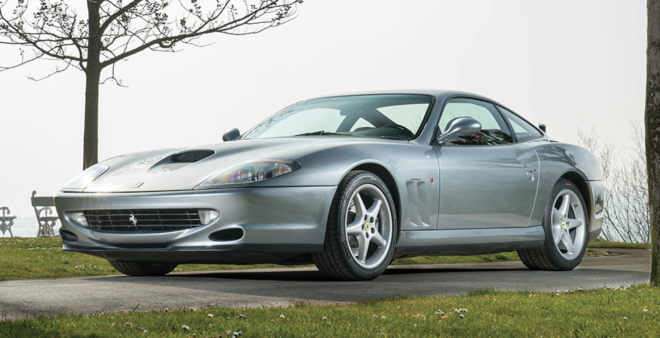 Chris Warren, Premier’s Southeast Sales Manager, is looking forward to the sleek, silver 1998 Ferrari 550 Maranello crossing the block. Located at Lot 278, this 485bhp V12 represented Ferrari’s return to a front-engine GT layout. Capable of sprinting to 62mph in 4.4 seconds, the 550 broke production car speed records yet remained surprisingly livable with substantial trunk space. These cars have been rising in value in the States, and Chris is eager to see if the trend continues in Europe. 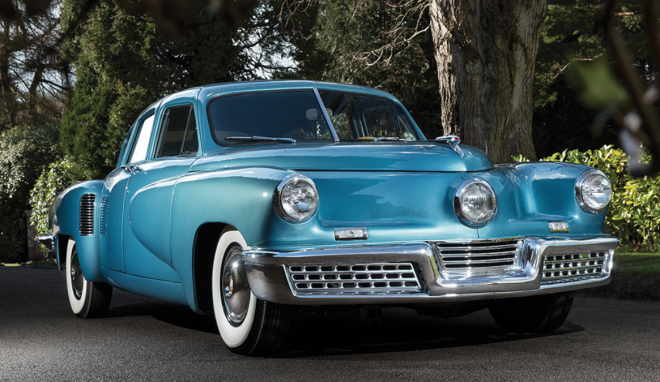 The 1948 Tucker 48 at Lot 266 has caught the eye of Southwest Sales Manager Michelle Yancey for its rarity and unique styling. One of only 51 ever assembled, the Tucker 48 looks as revolutionary today as it did when it rolled off the assembly lines almost seventy years ago. Nicknamed the torpedo, this sedan had a number of unique safety features, including a mid-mounted headlight that followed the steering wheel and a sheltered area under the dashboard to duck into during a collision. This particular example was once toured around the country in the “Fabulous Tuckers” roadshow. 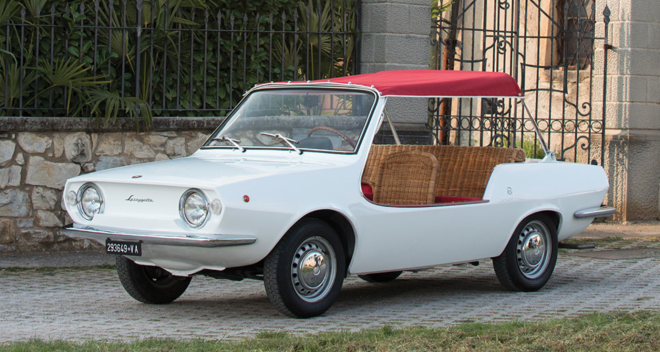 The team at the Premier headquarters in Woodbury, Connecticut has their eye on the delightful 1970 Fiat Spiaggetta at Lot 221. A cross between a Fiat 850 and a picnic basket, the Spiaggetta was built in the same vein as the Fiat “Jolly.” Cheeky styling, wicker seats, and wooden accents give this Michelotti-designed beach cruiser an undeniable air of joie de vivre.  One of only 80 produced, this laid-back little car has a pretty serious price tag.

Leasing From Auction with Premier

Even with dockets full of rare and exotic motors, Premier is the perfect partner for any high-end auction. Whether a vintage Fiat Jolly or a contemporary Ferrari, Premier can structure a Simple Lease on any car over $50,000 that is sure to have you enjoying your auction acquisition in no time. Make sure to call Premier to get pre-approved and consult your Auction Basics before bidding.