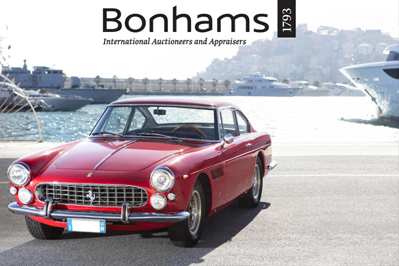 The Major Marques in Monaco

Nestled in the French Riviera lies the principality of Monaco, an astonishingly wealthy sovereign state that encompasses less than one square mile. Beyond a destination for the rich and famous, Monaco hosts one of the most romanticized racing events in automotive history – an F1 Grand Prix held in a dense city center, on narrow public streets. Prior to modern racing regulations, the Monaco Grand Prix had no protective barriers; understeer often led drivers directly into buildings or, in one case, straight into the Mediterranean. Though far safer, Monaco still boasts a Grand Prix, a beacon for Motorsport enthusiasts and high-end automobile auctions. The first of these auctions is Bonhams‘ Les Grandes Marques a Monaco, with a docket deserving of the title. Here are a few of the cars on consignment that have caught the attention of our team of leasing experts. 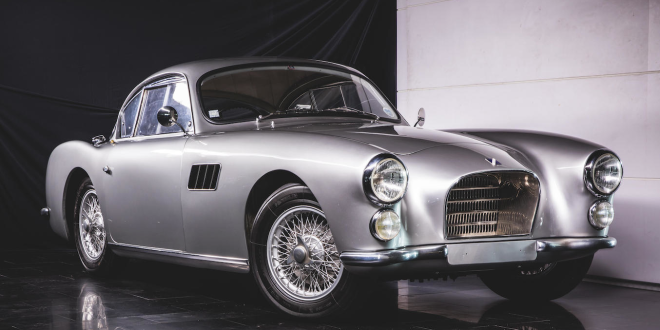 Our West Coast Sales Manager Juan Garcia is watching the 1956 Talbot-Lago T14 LS Coupe at Lot 129. This particular example is a Spécial, with aluminum body panels and improved performance, that was originally used as a display car for distributors. Beyond its obvious good looks, the T14 LS was a feat of engineering – coaxing 120bhp out of a normally aspirated 4-cylinder is, by 50s standards, miraculous. Juan thinks this Talbot-Lago would be perfectly at home on the Concours green at Pebble Beach.

Keith Neelans, our Northeast Sales Manager has a soft spot for Lot 117‘s 1972 Porsche 911S Targa. Swathed in its original Jade Green livery, this Porsche is among the last have its form unmarred by plastic safety bumpers. As the 911S was not sold in the U.S. at this time due to emissions regulations, this example produces 190bhp, 40 more than its peers in the states. It is only made more desirable by its “Oelklappe” specification, featuring a front-mounted dry-sump oil tank for improved weight distribution. 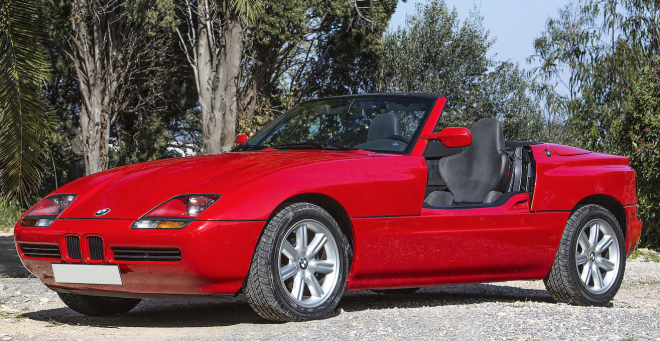 Our Sales Manager for the Southwest, Michelle Yancey, is watching the 1989 BMW Z1 at Lot 104. If nothing else, this Bavarian roadster is unique, with a steel skeleton covered with removable and interchangeable plastic body panels, and doors that automatically drop into the body for ingress and egress. The car could be driven with its doors down and body panels removed. Having only traveled 2800 kilometers since new, this car is a pristine example of an eccentric BMW that will only increase in value.

Bringing an air of menace and power to Lot 130, it’s not surprising that the 2011 Aston Martin One-77 has caught the eye of our Southeast Sales Manager, Chris Warren. With a long nose and short tail of hand-formed aluminum over a carbon fiber monocoque, this Aston is every bit a supercar. In the vein of the Ferrari F60America and Lamborghini Centenario, the One-77 was extremely low-production – only 77 were built and offered to only the most loyal of Aston Martin customers. Sold for over $1,000,000 new and heavily guarded from the press, it is estimated that less than 200 people have ever driven an example of this 220mph, 750bhp legend. Chris notes that these cars rarely change hands, least of all publicly – the hammer price could run the gamut.

The Premier team at the home office in Woodbury, Connecticut, betrays an interest in Stuttgart supercars, or perhaps the macabre, with their choice of the 2006 Porsche Carrera GT. Offered at Lot 111, this GT is an unadulterated performance vehicle, with a race-built 612bhp V10 and competition suspension unburdened by interference from stability control. It follows that this Porsche is exceedingly challenging to pilot to its full potential, and the resulting laundry list of crashes have given it a reputation as a widow-maker. In the right hands, however, the Carrera GT is a marvel with looks that presage the 918.

A Simple Lease from Premier Financial Services takes the stress out of bidding; we’ll worry about the logistics so you can get caught up in the excitement. Premier can help you with any Monaco-level auction acquisition, from leasing an Aston Martin One-77 to leasing a Talbot-Lago T14 LS. But even with Premier in your corner, making the winning bid in Monaco can be difficult, so make sure to consult your auction basics before raising your paddle.