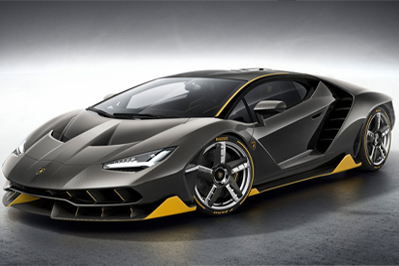 A Lambo for Batman … and Bruce Wayne, too.

Premium automotive marques love turning an anniversary into a reason to launch a special model. And so it was no surprise that Lamborghini chose its founder’s 100th birthday (April 28) as cause to offer a very short run of a very special model, the appropriately named Centenario.

Never mind that Ferruccio Lamborghini could not celebrate his own 100th birthday, having died 23 years before. And never mind that he had washed his hands of the whole car business in 1974 to instead make wine. Automotive marketers would never let such facts get in the way of an opportunity to sell a $2 million car. (It’s also the 50th anniversary of Lamborghini putting the Miura into production.)

But what a car! If you have not already secured one of the 20 Lamborghini Centenario coupes or 20 roadsters, you’ll have to wait until someone decides to part with one.

Based on Aventador, but Still Its Own Car

The Centenario follows a line of limited-production Lamborghinis, including the Reventon, Sesto Elemento and Veneno. Like Ferrari, Lamborghini has found a way to make ultra-short-run models despite global auto regulations: price it appropriately to cover any additional certification costs. Such cars sell quickly to the loyal customers to whom they’re initially presented.

The Centenario is based on the Aventador, but don’t look for many interchangeable parts. The body and central tub structure are made almost entirely from carbon fiber. Lamborghini left the carbon fiber mostly bare on the show car, using yellow paint accents to break up the gray. Customers can have their cars painted, but that would seem to defeat the designer’s purpose. Lamborghini claims a weight of 3,351 pounds, which, if accurate, isn’t a whole lot of mass for its most powerful V-12 ever to fling around. 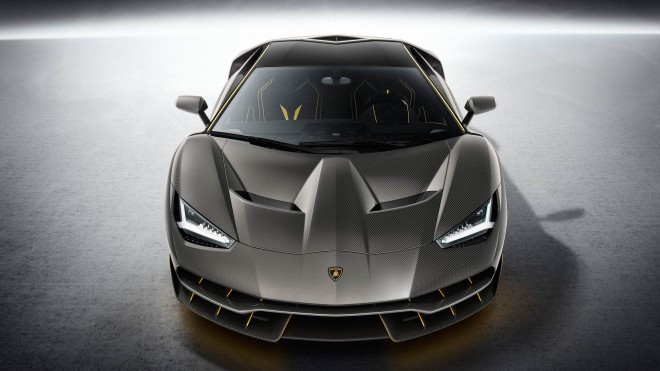 You can see the Aventador’s basic shape in the Centenario, but the Centenario shows more severe angles and edges and inhales through more voracious looking air intakes. In that regard, the Centenario comes even closer to mimicking the Lockheed F-117 stealth fighter jet that seems to have inspired Lamborghini designers for the last 15 years.

That’s meant as a compliment, by the way. The designers have created a unique signature for the marque; you could never mistake the Centenario for anything but a Lamborghini.

While not as extreme as the Veneno with its huge central fin, the Centenario nevertheless does push some boundaries. For example, instead of adding a rear diffuser to the car, Lamborghini made the car’s entire rear end into a diffuser. Where the Veneno looked like it could be Batman’s next ride, the Centenario seems able to serve as the Batmobile by night and Bruce Wayne’s personal car by day. 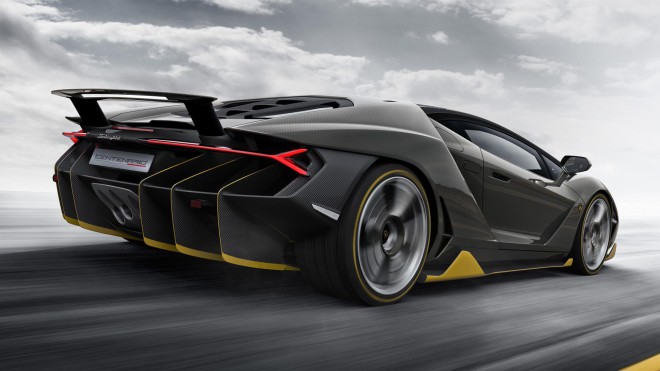 Batman could make good use of the Centenario’s speed. Lamborghini squeezed another 19 horses from the Aventador LP750-4 Superveloce’s naturally aspirated 6.5-liter V12 for a total of 759. As on the Aventador, torque goes to all-wheel drive via 7-speed single-clutch automated manual transmission.

A zero-to-100 km/h (62 mph) time of 2.8 seconds might be quicker if not for the physics of needing to overcome inertia from rest. Flat-out, the Centenario can crest 186 mph about 20 seconds later, on its way to a top speed of about 217 mph. The driver can tailor powertrain behavior, stability control, steering effort and more by selecting Strada, Sport or Corsa driving modes. 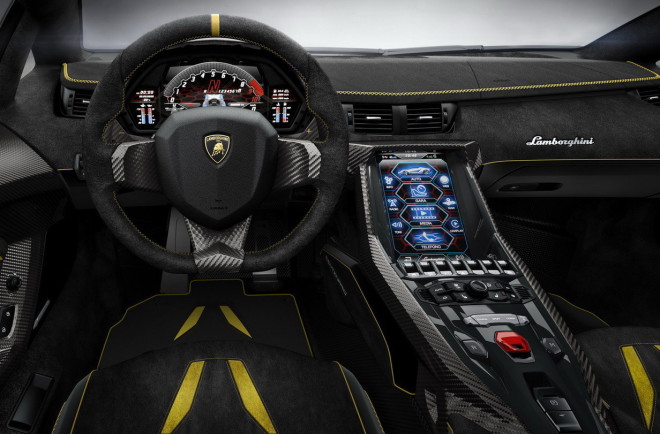 A Bull in a China Shop? Centenario’s Got Agility for That.

The Centenario is no one-trick bull. It debuts Lamborghini’s new rear-wheel-steering system, which can mimic a shorter wheelbase to tighten the turning circle or a longer wheelbase for high-speed stability. It’s likely to appear in other Lamborghini models.

The Centenario is a track toy, too. A performance data recorder, accessed through a new 10.1-inch high-definition touchscreen, tracks speeds, g-forces, and lap times. Please, no jokes about catching up to the $18,000 Chevy Cruz with such features as Apple CarPlay and Wi-Fi. 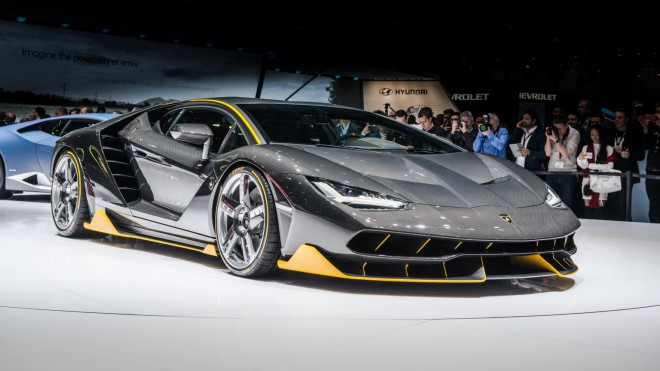