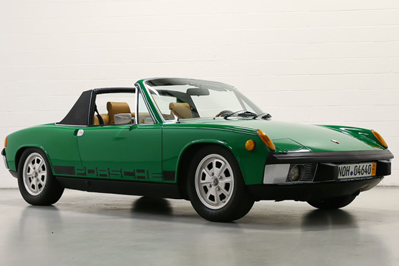 Misunderstood, Maligned and Neglected – and Then Accepted

Porsche has for many years drawn a line from its mid-engine Boxster and Cayman back to classic 550 Spyder and 718 RSK racers. Appending the modern cars’ badges with a “718” moniker makes that official. Yet, when citing mid-engine heritage, Porsche tends to skip over its 914, of which 119,000 were built from 1969-1976.

That oversight might seem understandable, considering that Porschephiles had themselves long snubbed the 914. Today, though, they’ve widely accepted the 914, and collector interest is rising. That’s according to a man who should know, George Hussey, whose AutoAtlanta in Marietta, Ga. has been servicing, repairing and restoring 914s for almost 40 years. The company today also manufactures replacement parts for the 914.

Porsche collectors might first gravitate toward the rare 914/6, the only model with a Porsche engine. Hagerty, for example, pegs value for a concours-quality 1972 914/6 at about $74,000 – more than many 911 models and more than double what a top-quality 2.0-liter 4-cylinder model might get. (It would also buy a new 718 Boxster S with a few options.)

The 4-cylinder 914s are also rising in stature and value. A very good 914 might go for $19,000, according to Hussey. He acknowledged that such a price would also buy a good used Boxster but cites some reasons people love the 914.

“It’s light, fun to drive and you feel very close to the road,” he said.

The 914 emerged from a convoluted collaboration between Porsche and Volkswagen, which were then separate companies. Porsche wanted a new, less expensive entry-level model to replace the 912 (the 911 body with a 4-cylinder engine), and VW wanted a “real” sports car in its line.

Porsche provided the 914’s design and engineering, including some 911 chassis bits. Volkswagen supplied the engine and other assorted pieces, and Karmann built the car. All 914s were Targa-roof models, with a one-piece roof panel that could be carried in the rear trunk. The 914’s cabin was wide and spacious and offered excellent outward visibility, but amenities were sparse.

The modernistic design was polarizing. Hussey, a lifelong Porschephile, said he remembers being aghast when he first saw one in the early 1970s. Its engineering won him over, though.

“I looked underneath and saw how much more advanced it was than my old MG,” he said.

The 914 was marketed as a “Volkswagen-Porsche” in Europe, which hurt sales there. Most 914s were sold in the U.S., though, where it was branded a Porsche. The name was spelled out in big letters across the engine hood, but the fuel injected, air-cooled 85-horsepower 1.7-liter boxer 4 came from VW’s new “big” car, the 411 sedan. The only transmission was a 5-speed stick.

Porsche also made 11 prototypes of a much, much hotter 916 model with the 911 S engine, but a projected $15,000 price for the U.S. reportedly killed the idea. Hussey’s collection includes the 916 featured on Road & Track’s February 1972 cover. 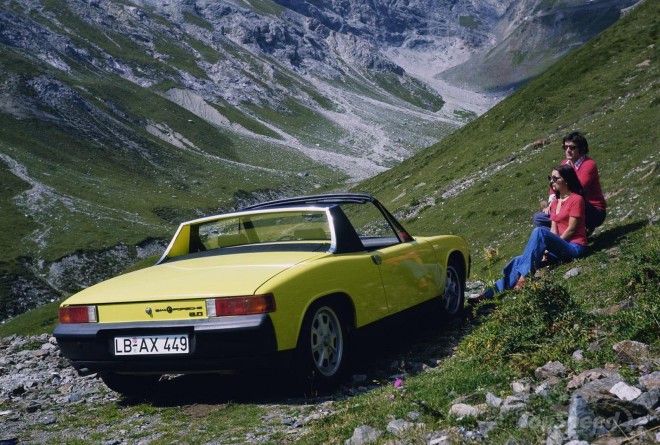