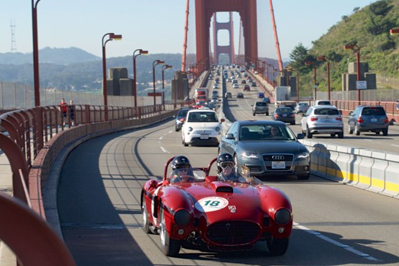 Cost: $7,000 per vehicle, double occupancy. All meals and lodging included.

Eligibility: Models raced prior to 1958, in the spirit of those participating in the Mille Miglia.  60 vehicle admittance.

This week, residents of southern and central California are being treated to the rattle and hum of the 26th anniversary of the California Mille.  The drive amounts to 1,000 miles of the best backroads in California, through the hills and beside the Pacific Coast.  Held every spring on the last week of April, the sixty vintage racers speeding through public streets and picturesque Californian villas have become a local institution.  Prior to the start of the drive, the participants assemble their cars at the Fairmont Hotel on Nob Hill in San Francisco for a red carpet viewing. 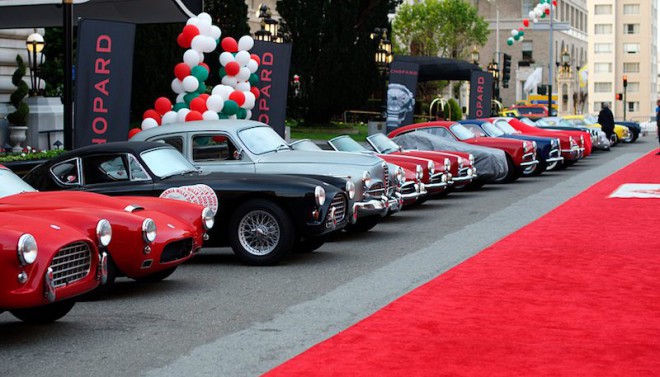 American Friends of the Mille Miglia

Late founder Martin Swig, whose sons haven’t fallen far from the tree, started the California Mille after noting the similarity between areas of California and Italy.  A truly fantastic array of vintage cars are entered in this year’s event, from Ferrari 250GTs to Porsche 356s and a slew of Gullwings, all in keeping with the spirit and era of the Mille Miglia.  While less of a race or time trail than most rallies, the Mille still has a competitive edge – if a breakdown can’t be sorted out by a mechanic in 30 minutes or less, the vehicle is relegated to a flatbed.