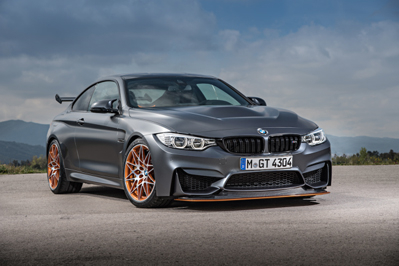 Street-legal, track-ready and quite rare.

Not that long ago, having a high-performance division like BMW M or Mercedes-AMG was enough to give a carmaker top street cred. Today, any marque touting performance also needs to offer a genuine track car, basically a street-legal racecar without numbers painted on the doors.

BMW’s first M car, the mid-engine M1, certainly fit that mold. In spring 2016, BMW introduced a new two-seat track eater cleverly disguised as a midsize coupe: the M4 GTS. Why an M4 has only two seats offers your first clue about the GTS’ mission: instead of a back seat, there’s a factory-installed roll cage. There’s a fire extinguisher, too. 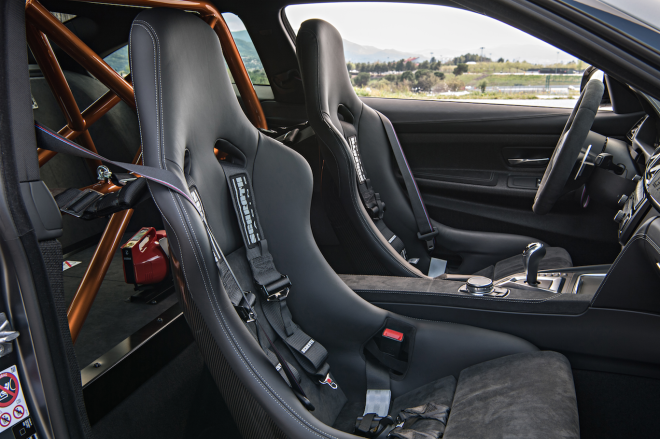 An MSRP of $134,200 makes the M4 GTS just a bit more than twice the price of the standard M4 coupe. Whether it’s worth such a hefty premium is up to you.

Like all M vehicles, the M4 GTS has already proven itself at the Nürburgring North Loop, lapping the 14-mile “green hell” in a staggeringly quick 7 minutes, 28 seconds. Car & Driver kindly pointed out that the M4 GTS did that deed faster than a Ferrari 458 Italia. The magazine, which had not yet tested the M4 GTS, estimated ferocious acceleration, including an 11.5-second quarter-mile time. BMW says top track speed is 189 mph.

Here’s another critical number: 300. BMW is bringing just that many of its M4 GTS to The States, out of 700 total to be built. 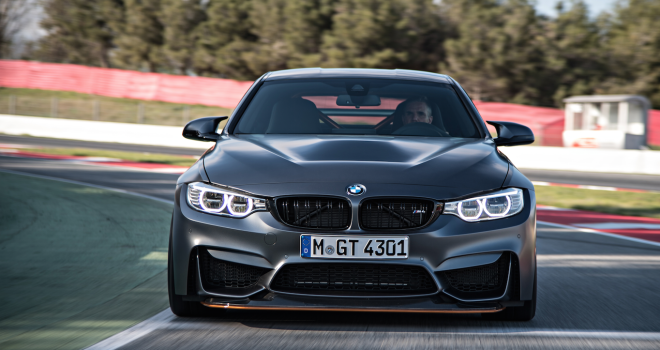 The M4 GTS looks the part of a track star. The aero package includes a manually adjustable front splitter and the kind of rear wing that, unfortunately, inspires those Erector Set-style contraptions on slammed Honda Civics. At least these things work on the M4 GTS at tracks speeds.

Despite extensive use of carbon fiber for body, chassis and interior elements, the M4 GTS weighs about the same as the standard model, according to Car & Driver. Both the M4 and M4 GTS use a carbon roof panel.

Higher maximum turbo boost for the 3.0-liter M TwinPower Turbo inline 6-cylinder engine (21.6 psi versus 17.2) squeezes out another 68 hp and 36 lb/ft of torque over the standard M4 (493 hp and 443 lb.-ft. for the GTS). All that squeezing creates more intake charge heat, so to augment the intercooler’s efforts, BMW installed a water-injection system. The system sprays a fine mist of water into the intake manifold, where it is vaporized by the heat, cooling the intake charge.

This is a big deal. It’s the first water-injection system used in a production turbo car since, well, the actual first one was used in the Oldsmobile Jetfire more than 50 years ago. That Oldsmobile’s system, lacking sophisticated electronic controls, tended to malfunction in one of several calamitous ways. Some of those could send “Turbo-Rocket Fluid” (a blend of distilled water and alcohol) into the cylinders, wreaking havoc and even destroying the engine. 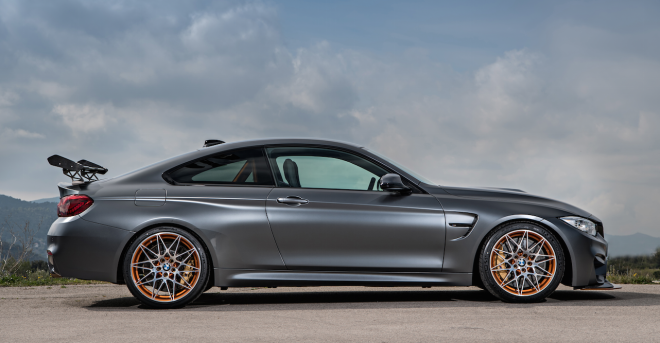 In the M4 GTS, water injection operates only when the engine runs above 5,000 rpm, which will be often for some drivers, and certainly during track driving. BMW has installed a number of fail-safes to prevent engine damage, just in case. For one, max boost is dialed back if the water tank runs dry. Under normal driving, you might need to add distilled water every fifth fill-up. When track driving, you might need to refill the trunk-mounted reservoir after one gas fill-up.

BMW certified just one transmission for the M4 GTS, the 7-speed M dual-clutch unit. Torque goes back to the Active M Differential, that can apportion all of it to one rear wheel – if necessary – to prevent wheelspin and to maximize grip. An M Dynamic Mode for the Dynamic Stability Control system allows more wheel slip for controlled drifting. How do you say “Yee hah!” in German?

It will be interesting to see how the BMW M4 GTS stacks up against the Corvette Z06, Shelby GT350R and the far more expensive Porsche 911 GT3 RS.