This Porsche 930 Turbo is a Widow Maker 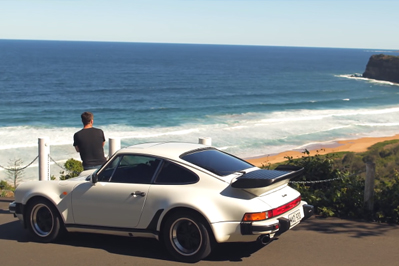 Petrolicious interviews an enthusiast and his 1978 Porsche 930 Turbo. Porsche marketed these 911s as street-legal race cars in the hopes of meeting homologation regulations for auto racing. The resulting car had modern power but none of the electronic driver’s aids needed for a layman to handle the speed. This untamed character, the balance issues caused by a rear-mounted engine, and a tremendous amount of turbo lag quickly earned these 911s the nickname Widow Maker. The 930 has become a cult classic for its unabashed performance as well as its flared fenders and prodigious “whale tail” rear spoiler.