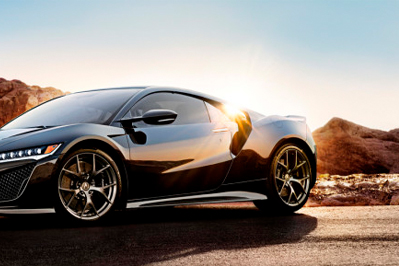 After A Decade’s Absence, A Japanese Supercar Returns Electrified

After 10 years of rumors, concept cars, spy photos and malleable corporate moods, the second-generation Acura NSX finally entered production this month. The original NSX sent a shockwave through the sports car world just over a quarter-century ago. High-performance Japanese sports cars were on the rise in the 1990s, but there hadn’t been something as exotic as the NSX from Japan since the 1967 Toyota 2000 GT. 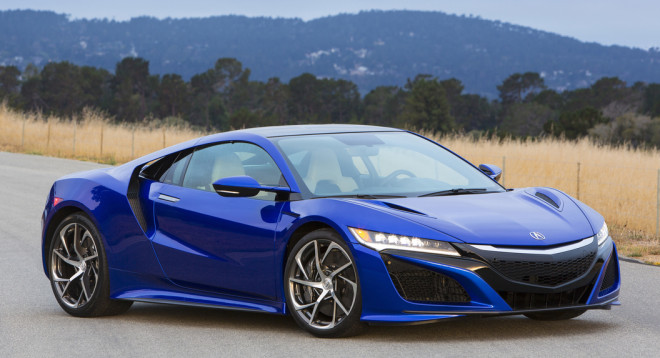 The Original: A Ferrari Killer

Built from aluminum and using such exotic mechanical elements as titanium connecting rods in its high-revving V6 engine, the NSX was like a bolt from the blue — and ran like one, too. But that wasn’t the shocking part. The NSX had the looks, speed, sounds and presence to make it a bona fide supercar, but none of the vices. The NSX was comfortable and easy to drive, and all the controls and amenities worked. It was, after all, a Honda; Acura was the branding in the U.S.

Regardless of the branding, the NSX was a revelation. Aiming to capture lightning in a bottle twice, Honda/Acura has issued a new challenge to the supercar hierarchy. But can the new NSX run with the big dogs? The starting price is right. At $156,000 it’s actually a bit less than the 1990 NSX, when adjusted to 2016 dollars.

Hybrid systems add weight, and so to compensate, the NSX is built around an aluminum space-frame chassis with a carbon fiber floor. Body panels are made from aluminum and sheet-molded composite (SMC). The result is angular and a bit angry looking, but with a touch of elegance, too. Acura credits the exterior design to Michelle Christensen. 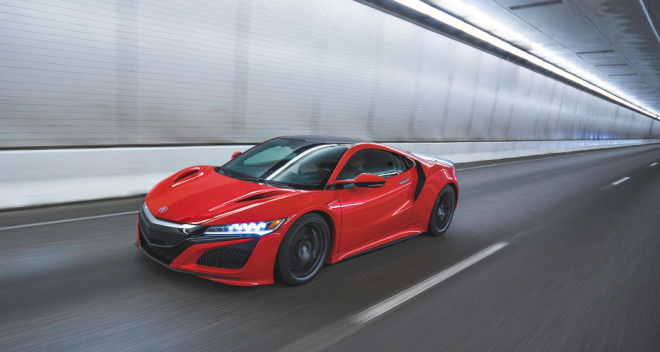 Acura went full moonshot with the new NSX, making it a hybrid with a configuration not unlike that used in the Porsche 918. Using Launch Control, the Acura NSX will leap from zero to 60 mph in 3.0 seconds. It’s got a claimed 191 mph top speed.

The mid-mounted 3.5-liter twin-turbo V6, an engine not shared with any other Honda, belts out 500 hp and 406 lb.-ft. of torque. The V6 mates to an electric motor that kicks in 47-hp and 109 lb.-ft. of torque, and that assembly connects to the 9-speed dual-clutch automatic transmission. Up front, a Twin Motor Unit puts an electric motor at each front wheel (36 hp and 54 lb.-ft. for each). Acura pegs total hybrid system output at 573 horsepower.

The front motors give the NSX the brand’s Super Handling All-Wheel Drive, yet without the need for a heavy center differential or rear-to-front drive shaft. In addition, because the front computer-controlled electric motors power each wheel separately, they provide torque vectoring. 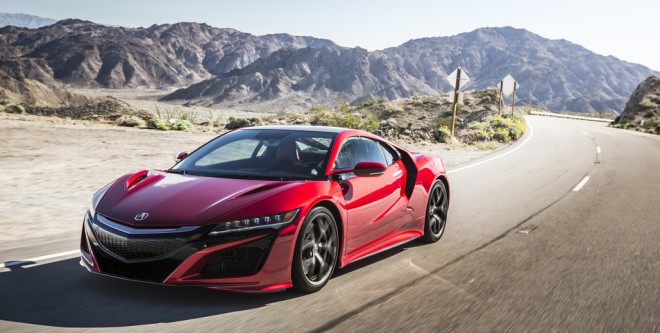 Like many modern cars, the new Acura NSX presents the driver with a selection of driving modes, in this case Quiet, Sport, Sport+ and Track. In the NSX, each choice affects steering, brakes, throttle, Vehicle Stability Assist, the MR dampers, engine, transmission, and Sport Hybrid SH-AWD control systems.

The aluminum suspension uses double wishbones up front and a multilink setup out back, with magnetorheological (MR) dampers at each wheel. A computer determines the ideal blend of electric motor regeneration and pressure sent to the Brembo brake calipers. Carbon-ceramic brake rotors are optional.

Designed, Engineered and Made in America

Most of the NSX design and engineering took place right here in America. Acura builds the NSX at the new Performance Manufacturing Center in Marysville, Ohio, where master engine builders run each V6 on a dynamometer to break it in.

The 2017 Acura NSX is build-to-order and offers a fairly good choice of exterior paint and interior leather colors, as well as various interior luxury options and carbon fiber packages. It’s not nearly the smorgasbord offered by Porsche, but then again, you won’t double the NSX’s price with options, either. 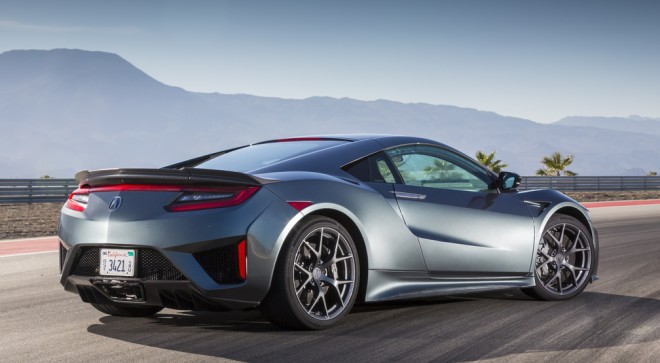 Remember that Acura TV commercial from a few years back hinting that Jerry Seinfeld was number one in line to get an NSX? It turns out Rick Hendrick, founder of Hendrick Motorsports and owner of the Hendrick Automotive Group, bought rights to the first 2017 NSX at Barrrett-Jackson’s Scottsdale auction in January. Acura donated all proceeds from the sale to the Pediatric Brain Tumor Foundation and Camp Southern Ground. Now that’s putting the super in supercar. 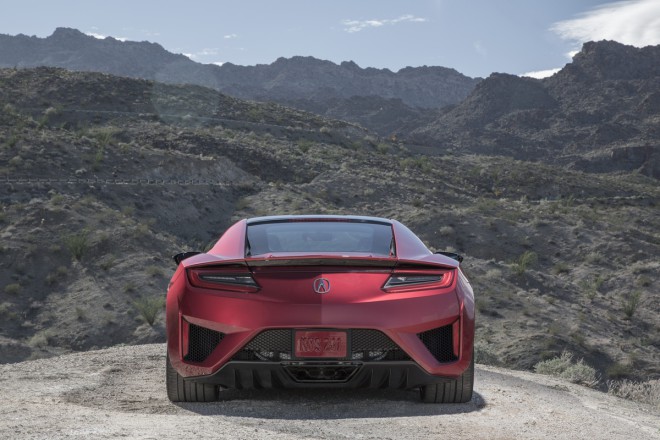