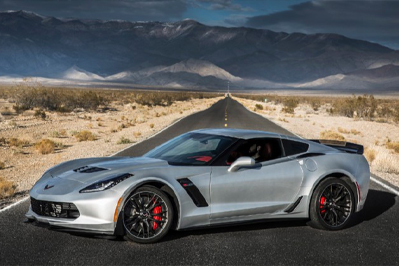 The Corvette That Levels the Playing Field

If you grew up idolizing and then driving Porsches and Ferraris, you probably dismissed the Chevrolet Corvette as an unsophisticated two-seat musclecar masquerading as a proper sports car. Many past Corvettes, though, could lay down impressive acceleration numbers, and some of the higher-powered versions could lay rubber for half a city block.

Still, the Corvette long carried a stigma of crudeness versus the Europeans, and the Chevy bowtie just doesn’t carry the status of a Porsche crest. That reputation had been eroding since the late 1990s, though not everyone noticed. Today, any Porsche 911 driver not looking at the new Stingray with just a twinge of horsepower envy ought to check his pulse. 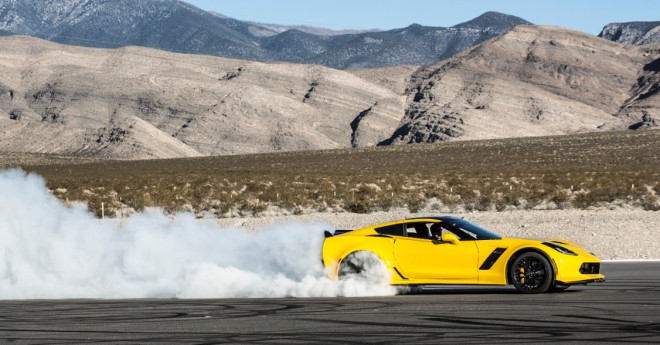 Until Chevy delivers on the threat of a rumored mid-engine Corvette supercar (possibly called “Zora” after Vette engineering godfather Zora Arkus-Duntov), the Z06 represents the closest the Corvette has come to supercar status. At the same time, the Z06 upholds the Corvette’s traditional value advantage over, well, just about all other premium two seaters.

(Imagine how easy it would be to put one of these road and track burners in your garage with a Premier Financial Services Simple Lease.) 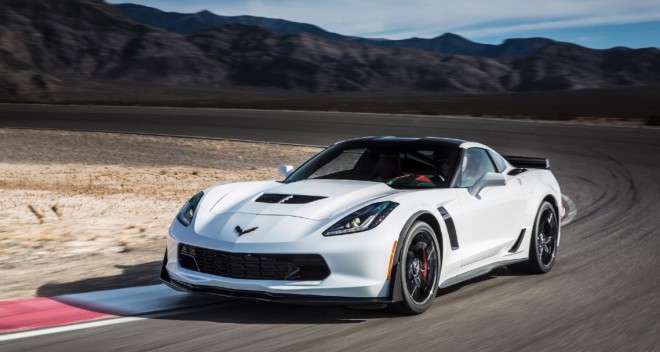 The numbers generated from beneath the carbon fiber hood are most certainly not small: 650 horsepower at 6,400 rpm and 650 lb.-ft. of torque at 3,600 rpm. The source is the nuclear option of current Corvette V8s, the supercharged 6.2-liter LT4.

Take a few minutes to check those figures against the Porsche 911 Turbo and Ferrari 488 GTB. And while you’re at it, check these, too: quarter-mile times of 10.95 seconds at 127 mph with the 8-speed automatic and 11.2 seconds at 127 mph with the 7-speed manual. In the curves, the Z06 can grip the pavement to the tune of 1.2g. A dry-sump oiling system ensures proper lubricant supply during such maneuvers. 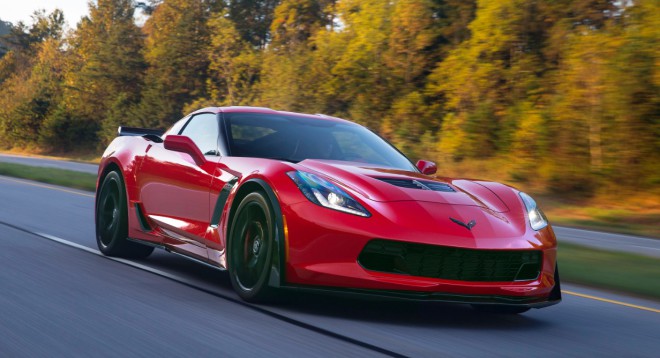 The Z06 rides on a thoroughly tweaked version of the Stingray’s aluminum chassis. The Porsche 911 line has its “wide body” models, and the Z06 fills that role for the Corvette family. The front fenders of the Z06 were widened by 2.2 inches, the rear quarters by 3.15 inches to cover 285/30ZR19 front tires and 335/25ZR20 rear skins. While the standard Z06 rolls on Michelin Pilot Super Sport tires, opting for the Z07 option package changes those to Pilot Super Sport Cup 2 tires. 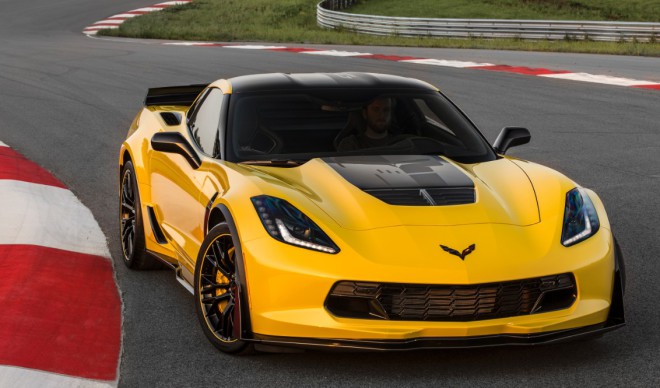 Who Put the “Z” in Corvette?

Now, a word about “Z06.” Chevy has often pulled from Vette heritage to name a new engine or chassis package. The “Z06” badge originated with the order code for a race-prep package on the 1963 Sting Ray (two words back then) that bundled chassis and brake upgrades and a 36-gallon fuel tank with the top engine, a fuel-injected 327 cu. in. V8 rated at 360 hp. Just 199 were made; one sold for $710,000 at a Mecum auction this year. No, “Z” did not stand for Zora. But yes, Premier Financial Services could design a lease for classic Corvettes.

When Chevy decided to field a modern track-oriented super Vette, the Z06 badge was a natural. Not everyone tracks such a machine, of course, and so the ultimate track package was made an option, labeled “Z07” even though the car remains a Z06. 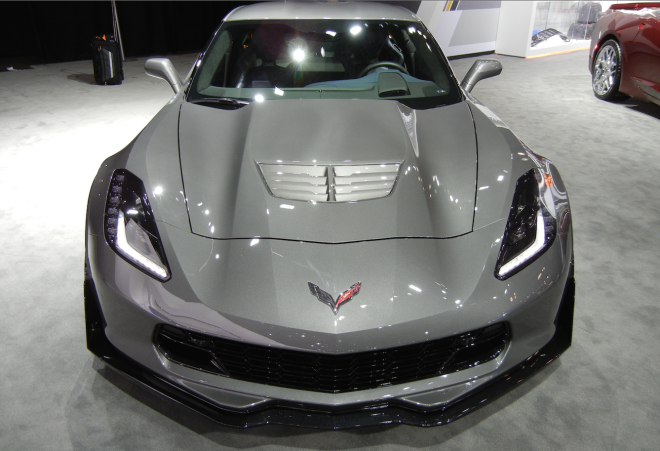 In addition to the Pilot Super Sport Cup 2 tires, the Z07 package adds adjustable front and rear aero components for aerodynamic downforce, Brembo® carbon ceramic-matrix brake rotors and Z07 suspension with Magnetic Selective Ride Control. The tally for that track-prep hardware is $7,995, which is less than some marques charge for carbon ceramic brakes alone.

Taking a cue from Porsche, Chevy has stepped up the range of special design and performance options available for the Corvette Z06. The 2016 C7.R Edition commemorates the Corvette Racing C7.R racecars. It comes in Corvette Racing’s signature yellow livery – or black – with coordinated exterior and interior trim. Only 500 will be built, all with the Z07 Performance Package.

For those looking for something a bit more restrained, the Corvette Z06 offers three color-themed design packages – Twilight Blue, Spice Red and Jet Black Suede. There are carbon fiber packages, too.

Read Car & Driver’s recent road tests of the new Corvette Z06, and then consider using a Premier Financial Services to take a ride on the wild side of the sports car realm.