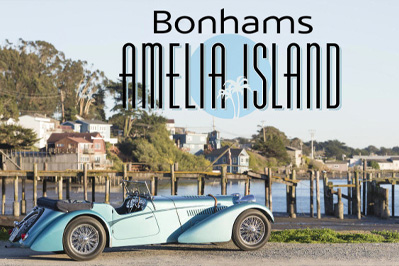 Bonhams Amelia Island auction starts off the famed motor week on Thursday, March 10th, 2016. The docket this year at Bonhams is filled with distinguished marques, from Ferrari to Porsche, with a great number of pre-war classics in between. As always, our team of experts are watching the auction closely to ensure they are well equipped to assist you, should you seek to add any of the cars on offer to your collection. Here are a handful of their picks from the auction.

Keith Neelans, Premier’s Sales Manager for the Northeast finds the lines and color combination of this 1960 Maserati 3500 GT particularly striking.  The car in question, offered at Lot 133, is the 33rd of only 242 Maserati Spyders with coachwork by Vignale.  Restored and maintained with driving in mind, this sleek convertible is better suited to the road than the garage – the perfect mount for a high-mileage vintage rally.

Southwest Sales Manager Michelle Yancey has an eye for elegance, picking the 1937 Mercedes-Benz 540K Cabriolet out of the crowded docket.  Proudly displayed at Lot 167, this pre-war cabriolet has a 180 horsepower 8-cylinder under its sloping, black-garbed features.  The contrasting whitewall tires and chrome accents emphasize the sophisticated quality that helped cement the Mercedes-Benz name in automotive history.

Truly addicted to speed and opulent luxury, it’s not hard to imagine why Juan Garcia, Premier’s West Coast Sales Manager, is watching the 1924 Auto Red Bug at Lot 103.  The Bug was at the pinnacle of automotive technology at the time, with a 12 volt powerhouse and notable features like a brake pedal and wooden frame.  The complete lack of suspension promises a smooth ride on some surfaces.  Kidding aside, this fun little car reminds Juan of the karts he used to build in his youth. 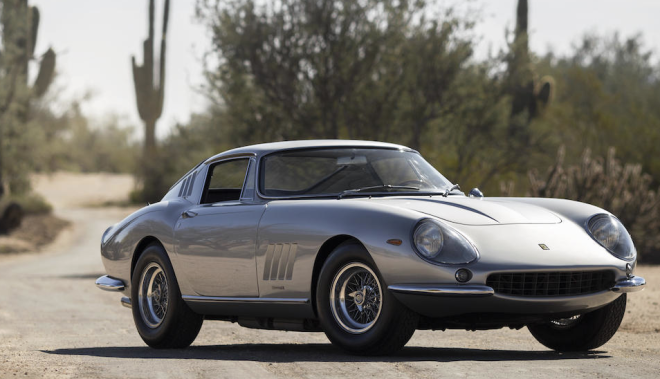 Our Southeast Sales Manager, Chris Warren, eagerly awaits the bidding on the 1967 Ferrari 275 GTB/4 at Lot 123.  Possessed of an aggressive stance, thanks to a Pininfarina design, the 275 GTB/4 has four overhead camshafts, six two-barrel carbs, and 12 cylinders to produce 300 bhp at 8000 rpm.  Not surprising with numbers like that, this car was in a class of its own in the 60s, and remains impressive today.  The example being offered for auction is especially noteworthy for having one owner for almost half a century, but 45 years seems too few to part with a Ferrari of this magnitude.

The Pebble Beach Concours d’Elegance award winner at Lot 174 has caught the eye of Dave Accorsi, our Midwest Sales Manager.  It is the last of only 16 1935 Riley MPH Two Seaters, and easily the best known with its long competition history and single life-time restoration.  Bob Lutz, the Riley’s former owner and a Michigan local like Dave, was responsible for keeping this British racer pristine for nearly 50 years.

Leasing at Auction with Premier

Acquiring a car from auction can be daunting, let Premier’s experienced sales team take the hassle out of the winning bid.  So, if you’re planning on bidding at an auction, call Premier to get pre-approved and be sure to consult your auction basics before raising your paddle.  Whether you’re looking to lease a 60s Maserati cruiser or a new McLaren hypercar, you’d be surprised at the benefits of Premier’s Simple Lease.