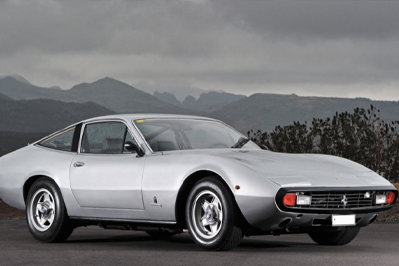 Lauded by critics when new, the 1971-1972 Ferrari 365 GTC/4 seems somewhat misunderstood in the collector world. Was it a 2+2? A softer Daytona sibling? It was neither. The GTC/4 was its own car, and, according to those who drive them, a wonderful driving machine.

The GTC/4 has been receiving more attention from collectors, reflected in recently rising values. The home office still loves the car, too, as evidenced in the Geneva Auto Show debut of the 2017 Ferrari GTC4 Lusso, a new name for the restyled, revamped FF. (Thus also – and correctly — invoking the revered 250 GT Lusso in the new model’s lineage.)

Like the new GTC4 Lusso, the classic 365 GTC/4 was the “everyday” V12 Ferrari. Both new and old share another trait; they’re ideal candidates for a Premier Financial Services Simple Lease. 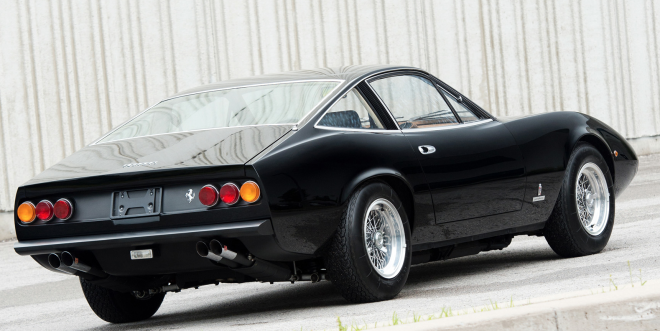 Under the Radar, for Now

The buzz generated by multi-million-dollar sales of some Ferraris has a way of drowning out what some marque enthusiasts say is the best Ferrari V12 sound of its era. An average value of $275,000, according to Hagerty Insurance, tends to keep the Ferrari 365 GTC/4 under the radar. That’s about double the value Hagerty tracked in 2013. Auction results from 2015 exceeded $300,000 in some cases, but at Gooding & Co and RM Sotheby’s in Scottsdale last month, several GTC/4s failed to sell at their $300,000-$400,000 estimates.

Whatever the GTC/4’s collector status within the Ferrari family, drivers vouch for it being perhaps the most livable Ferrari from the era. Any concern about where GTC/4 values may be heading only bolsters the case for leasing one through Premier Financial Services. Enjoy the car for a few years, and profit from any potential upside. Or, move to something else at any time.

Where the 365 GTB/4 “Daytona” was purely performance-focused in Ferrari’s proud berlinetta tradition, the GTC/4 was the “everyday GT,” an appropriate successor to the 330 GTC and 365 GTC. Built on a four-inch longer wheelbase than those models, the GTC/4 offered a token rear seat, but it was hardly fit for human inhabitation. The seatback folded to expand luggage capacity, fitting the GTC/4’s mission as a long-distance machine. 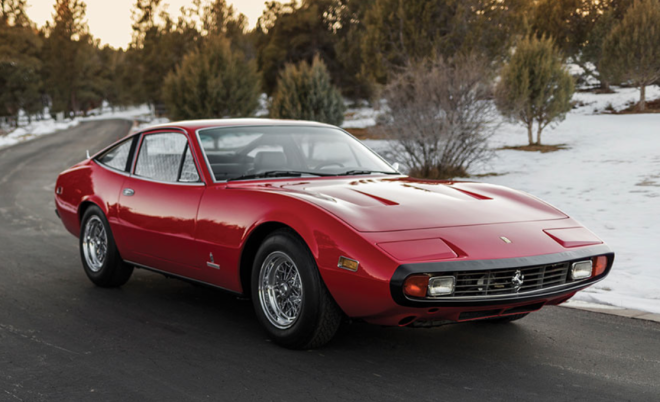 It’s true that Ferraristi have never regarded the 365 GTC/4 as a Pininfarina masterpiece, as they do the Daytona. But most do consider it a beauty with elegant details. Pininfarina was easing Ferrari into the ’70s, choosing crisp, creased lines over the rounded shapes of its 1960s predecessors.

The GTC/4 is a very low car, but with an airy greenhouse that offered good visibility. And it still had curves, of course, especially the ones that clear the front wheels. 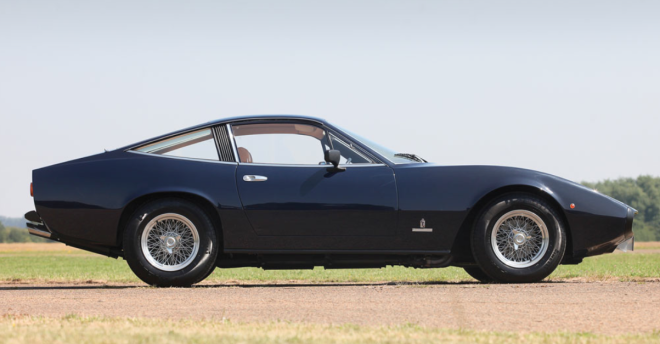 The Ferrari to Marry?

The 365 GTC/4’s low hood line necessitated the six Weber carbs to be side-draft type (like a Lamborghini Islero) rather than the Daytona’s downdraft type. To adjust the valves, the carbs have to come off, a labor-intensive job that does affect maintenance costs.

Ferrari tuned the GTC/4’s V12 for drivability, giving it lower compression than the Daytona’s engine, along with a conventional wet-sump oil system in place of the Daytona’s racing-type dry-sump system. The GTC/4’s 320 horsepower was down 30 from the Daytona.

The GTC/4’s transmission was mounted conventionally behind the engine, rather than as a rear transaxle on the Daytona. It also had a more conventional (a.k.a. “normal”) five-speed shift pattern rather than the Daytona’s awkward dog-leg first gear, and an easier clutch, but it lacked the traditional Ferrari gated shifter plate.

Power steering, power brakes, self-leveling rear suspension, air conditioning and stereo made the GTC/4 a far better everyday driver than the Daytona. If the 7.3-second 0-60 time and 15.7-second quarter-mile performance (Road & Track) seem a bit lazy, well, you don’t drive a 45-year-old Ferrari to out-drag a new Mustang, right? And besides, some Ferraristi say it was the best sounding V12 model of the era.

The Critics Loved It

“Every new Ferrari model brings some noteworthy advance over previous ones,” the magazine said. “The GTC/4’s is mechanical refinement. Less mechanical thrash comes through from the engine room than in any previous Ferrari, and the controls are smoother and lighter than ever, making the car deliciously easy to drive well.”

Motor Trend called the GTC/4 “the most refined, flexible and comfortable car Maranello has built to date.”

Premier Financial Services has experience leasing Ferrari 365 GTC/4s, so our experts know the car. Talk to us about the most financially sound way of acquiring one. 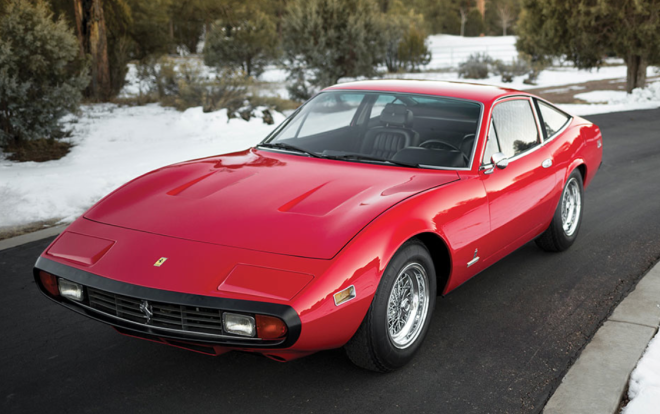