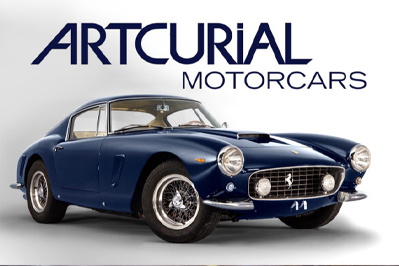 Ending on a High Note

This Friday, February 5th, Artcurial begins the official Retromobile auctions, offering a well-curated docket of over 100 vintage, classic, and collectable automobiles. The following day promises a tour through the history of French automobiles with the selling of 50 consigned Citroens. With vehicles and automobilia from all corners of the world, this year’s Artcurial auction promises to end the Retromobile Exhibition week on a high note. Our Team of leasing experts have a vested interest in the auction, to support clients and recognize trends as much as for the love of the cars themselves. Here are their top picks.

Keith Neelans, our Southeast Sales Manager, is eagerly awaiting the bidding on the 1988 Porsche 959 at Lot 142. The 959 was the most technologically advanced iteration of the 911, and the first super car of its day to match obscene power with four-wheel drive. This example is particularly noteworthy, with less than 10,000 miles accrued on its original 450 bhp twin-turbo flat-six over the course of its 28 year tenure. The Porsche 959 was at the cutting edge of technology in its time, and remains an impressive performer today, on the road or the track. 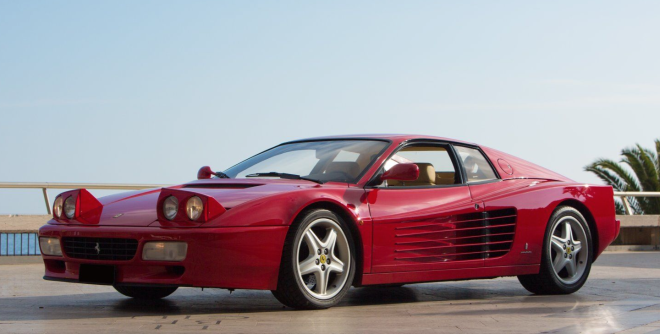 Our Sales Manager for the Southwest, Michelle Yancey, is watching the 1995 Ferrari 512 TR offered at Lot 119. The 512 TR was the first revision of the renowned Testarossa that served as Ferrari‘s flagship model between 1984 and 1996, with improvements made to high-speed handling and shaving half a second off the original’s 0-60. The 512 also improved upon the Testarossa with a single-plate clutch and more ergonomic shifter, fixing the latter’s troublesome gearshift. The Ferrari in question is immaculate, well-serviced and swathed in a lustrous coat of Rosso Corsa; the perfect addition to any Ferrari collection.

Another Testarossa, albeit a bit shorter, caught the eye of our Southeast Sales Manager Chris Warren. The one-off 1986 Ferrari Testarossa Spider at Lot 116 was commissioned for the head of Fiat at the time, Gianni Agnelli. Perpetually well-dressed, Agnelli was known for his style as well as his love of fast cars, facets of his personality embodied by this silver-liveried Ferrari convertible. Though lacking a roof, this Testarossa has lost none of the aesthetics of its peer at 119; it still bears the Testarossa’s emblematic “egg-slicer” side slats and pop-up headlights. 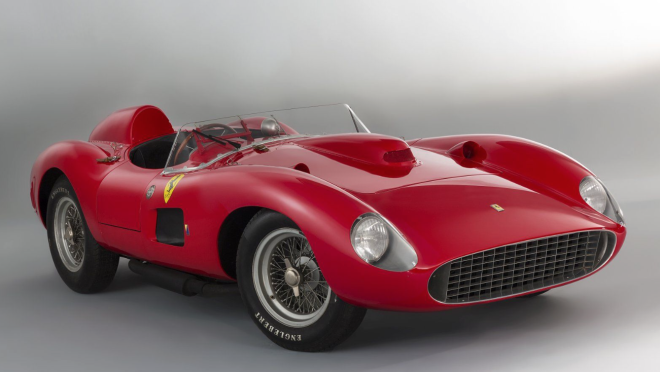 Juan Garcia, our West Coast Sales Manager is looking forward to the 1957 Ferrari 335 Sport Scaglietti crossing the block.  The marque may be the same, but the car at Lot 170 is much more than just another Ferrari. The eight-figure price tag proves it. With a storied history of endurance racing and iconic, fluid curves, this car has a well deserved valuation of $35,000,000. Behind the wheel of a car like this, Juan can finally realize his dream of wooing the valet.

Dave Accorsi, our Sales Manager for the Midwest continues the Ferrari theme (sorry Keith) with the 1973 Dino 246 GT at Lot 219. This car is a stirling example of one of Pininfarina’s most recognizable designs, completely restored and presented in like-new condition. With impressive performance and evocative lines to rival any of its Ferrari cousins, this car’s $400,000 estimate proves the Dino name is finally being given the recognition it deserves. Dave thinks the Dino might go even further, over $500,000, considering its condition and the sub-marques rising popularity.

You’d be surprised at the benefits of leasing an auction acquisition with Premier Financial Services.  Not only does our Simple Lease conserve your capital for thriftier uses, but with our open-ended leases there’s no problem should you seek to keep your car or terminate early.  If you’re planning on bidding at an auction, call Premier to get pre-approved, and be sure to consult your auction basics before raising your paddle.  Whether you’re looking to lease a Ferrari that might go for $35,000,000 or lease a Porsche with a more reasonable price tag, you’d be surprised at the benefits of leasing with Premier.