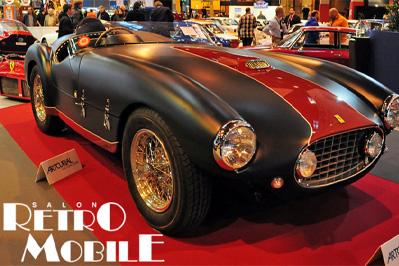 This year’s Salon Retromobile Exhibition is a five day event composed of a sprawling auto show and three of the most prestigious auctions of automobiles and automobilia.  With over 500 cars on display spread out over 46,000 square feet of event space at the Porte de Versailles Exhibition Centre in Paris.  Beyond its size and iconic locale, this French expo has displays from all corners of the automotive world featuring Bugatti’s latest concept, the Vision Gran Turismo and a look at the French auto through the eras, from horseless carriage to car.

Directly affiliated with the Retromobile show, the Artcurial auction’s docket is brimming with legendary marques and a host of pristine examples of France’s most iconic marque, Citroen.  The flagship of the auction, if not the whole week, is the 1957 Ferrari 335 S Spider, a Scaglietti-designed race car that, with an estimate of 30-34 million dollars, is bound to become one of the most expensive cars ever to be sold at auction.  Should your interests fall more towards art than engines, Artcurial will also host an auction for automobilia and an especially historic collection of hood ornaments and mascots on February 6th and 7th.  However, Bonhams and RM Sotheby’s won’t be caught in Artcurial’s shadow; boasting no fewer than 200 of the finest automobiles ever to grace the pavement, these auctions promise to uphold Retromobile’s reputation as one of the most important weeks on the European collector car calendar. 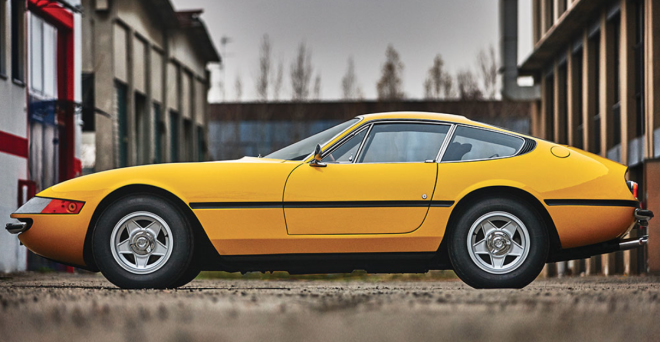 Find out how to Lease your Auction Purchase with Premier

Along with niche-market leasing of the great marques purchased at auction, Premier also specializes in finding resources for appraisals, transportation, restoration and more through partnerships with world-class organizations such as Cosdel International who assists with the importation and exportation process during international transactions.

Since 1997, Premier Financial Services has been helping clients obtain their dream vehicles through the PFS Simple Lease program, earning Premier the distinction as the United States’ leading lessor of exotic, vintage, highline and luxury motorcars. With a standard of excellence that is unsurpassed in the industry, largely due to the committed team of specialists , Premier is ready to assist you every step of the way.