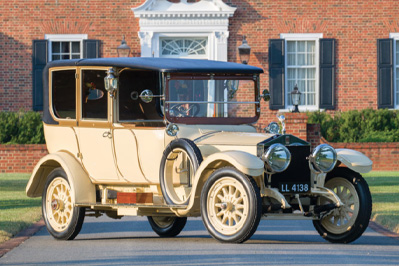 Introduced in 1907, the Silver Ghost was Rolls-Royce’s first large-scale production automobile. Mechanically advanced, well-built, and well-marketed, it remained in production largely unchanged for almost twenty years. With over 8,000 chassis produced, this noble 6-cylinder put the budding luxury marque on the map and cemented their reputation for quality.

Though times have changed and having a loud, impolite driver’s car is now the goal, Rolls-Royce have never abandoned their origins; they still make sober, composed vehicles for the upper echelon who, if they drive themselves at all, do so by choice. These characteristics were embodied by the Silver Ghost, but it was reliable and powerful as well as comfortable. 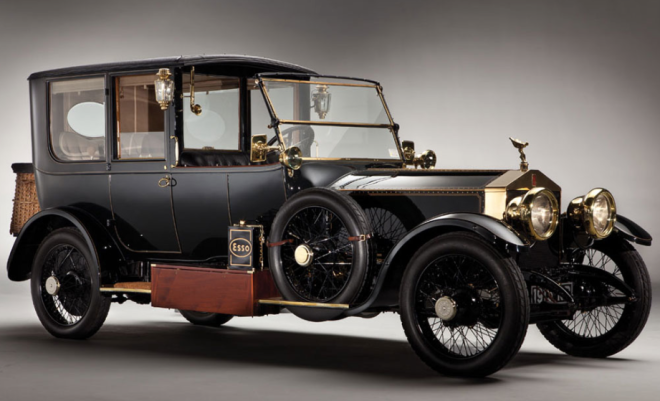 This Rose by Any Other Name Wouldn’t Smell as Sweet

The Silver Ghost was originally called the 40/50, in reference to the engine’s taxable horsepower, determined by engine size, and its actual measurable output. Claude Johnson, then Managing Director of Rolls-Royce, had a 40/50 built, furnished with green upholstery, and finished with silver paint and plating. After christening it the Silver Ghost as you might name a boat, Johnson publicly drove it to complete 17,000 miles of reliability trials to showcase the quality of its engineering.  This original Silver Ghost, registration number AX-201, has since travelled well over 500,000 miles, after being acquired and restored by Rolls-Royce. 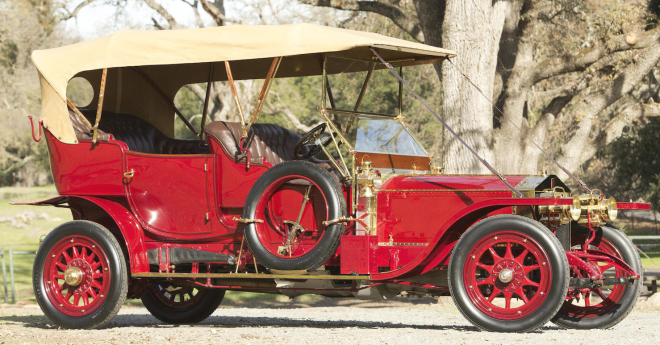 In a time when automobiles were sold as little more than an engine and a frame, turning heads with innovative features and avant-guard styling  wasn’t an option.  Instead, Rolls-Royce made a name for itself with quiet, well-made vehicles, clawing their way into the market share of the electric horseless carriages that were popular at the turn of the century.  Without a body to design, the engine was this Rolls-Royce’s art, with gleaming convolutions of copper and brass.

Despite its ghostly appellation, the 40/50 wasn’t prone to disappearing; though they were often dismantled when their coachwork became dated, many of these luxurious automobiles lived second lives as commercial vehicles and ambulances. A number of these robust Silver Ghosts served in WWI as staff cars and even as platforms for a series of armored cars.

Quality was key in these early 40/50s; they utilized an inordinate number of bolts and fastenings to ensure every element of the chassis functioned as it should. As a result, though purchase price surely made up for it, the Silver Ghost cost pennies in upkeep compared to its contemporaries. 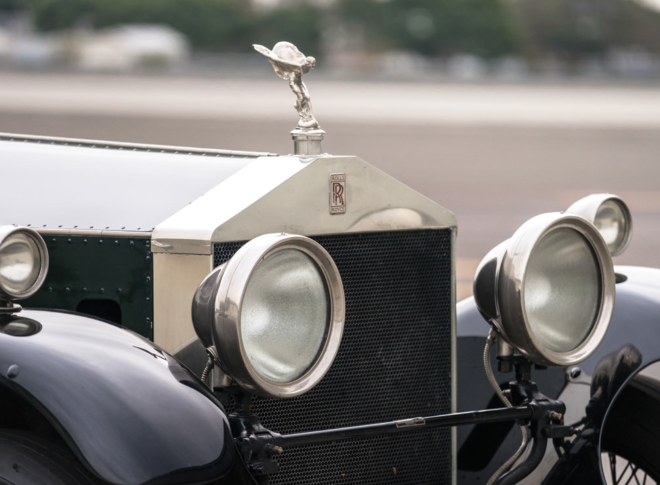 The 40/50 employed Royce’s own carburetors and carefully designed manifolds in order to devlope high torque at low revs, further quieting the engine. Since the Silver Ghost could accelerate from a stand-still to top speed in its highest gear, passengers experienced a steady and silent acceleration not unlike an electric car. Utilizing hand-crafted gears instead of a timing chain, the engine remained smooth and precise.  This side-valve inline six was painstakingly engineered and is capable of starting without turning over.

The Silver Ghost is still very much drivable today, quite a feat for pre-war automobiles, and is reportedly capable of maintaining a cruising speed of 60 mph.

Leasing a Rolls-Royce with Premier

This mechanical marvel provided a solid foundation for Rolls-Royce, whose cars continue to be among the finest in the world.  Whether you’ve got your eye on an antique Silver Ghost or the most contemporary Dawn, Premier Financial Services can make the car of your dreams a reality.  As long as you don’t mind being pleasantly surprised, contact us today to find out how our Simple Lease puts such luxury within reach. 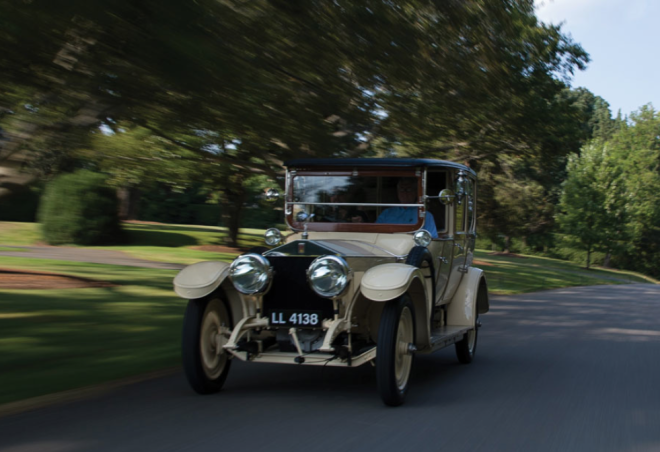