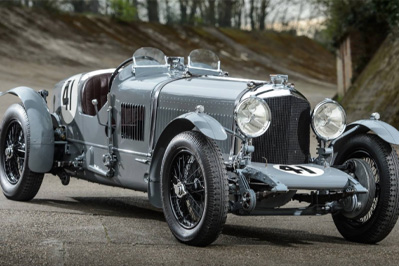 With a reputation for being a badge-engineered Rolls-Royce, one might wonder how the name Bentley has managed to stick around for almost a century. The Speed Six is the answer. Introduced in 1928, it continued the marque’s domination of the 24 hours of Le Mans and further established Bentleys as innovative and enduring. 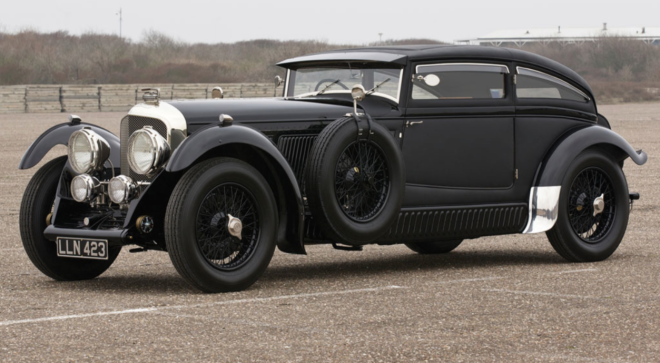 From Start to Finish

Marque founder Walter Owen Bentley wasn’t a money guy, he started Bentley in 1919 and lost it by 1926. “W.O.,” as he was often called, was an engine guy; he wanted things fast and dependable. Though his 3-L four cylinder was just that, he hadn’t planned for the large, luxurious coaches his customers had in mind. Thus, the Speed Six was born, a suped-up version of his already enormous 6.5-L six cylinder. Unfortunately, Bentley’s eyes once again proved bigger than his wallet, and Rolls-Royce acquired the company in 1931. Following the acquisition, W.O. was phased out of his eponymous motor company, finally leaving in 1935 when his title shifted from designer to liaison. Though elbowed-out of his own creation, Bentley’s legacy lives on in the Speed Six. 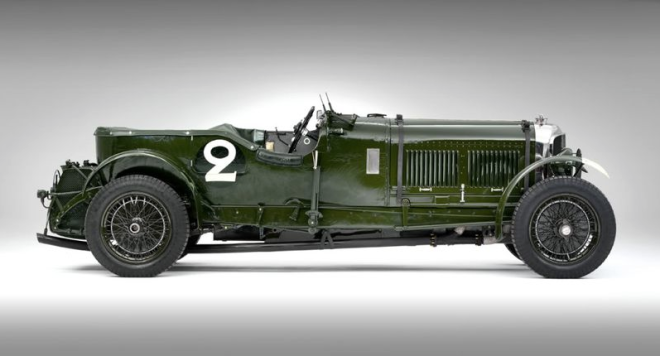 Brutish, muscle-bound, and austere are not adjectives regularly attached to the post-war Bentley, but W.O. put ingenuity above aesthetics. He focused on power and, very often, size over grace to the point that Ettore Bugatti famously mocked his cars as “the fastest lorries in the world.” Bentley no doubt relished the moniker: his cars may not have rolled off the factory floor with frills and fine furnishing, but they were truly mechanical marvels.

W.O.’s record in the 24 hours of Le Mans sits at five wins and three loses. He pulled the company out of racing entirely on the back of a four-race win streak in 1930. A car boasting his spread-wing emblem would not win Le Mans again for seventy five years. The latter two of Bentley’s Le Mans wins came on the back of an only slightly modified Speed Six. Directly from the factory, the road car produced 180 hp from a massive 24 valve 6.5L straight-six.  But the Speed Six was as resilient as it was fast, holding an impressive average speed of 73 mph over the 24 hours of Le Mans in 1929 and 1930. Bentley’s engine was a font of low-end torque, this sporting 6.5 could accelerate from 3 mph to 80 mph in top gear. Though steadily diluted by third-party ownership with an eye for luxury over engineering, the name Bentley continues to evoke images of power and mechanical endurance thanks to the Speed Six.

Don’t Judge a Book by its Cover

Still a far cry from the luxurious modern Bentleys, many cars from W.O.’s era boast extravagant, bespoke coachwork.  With sturdy frames, plenty of power, and not-insignificant price tags, many of his clients requisitioned third-party coach builders to craft elaborate (and heavy) bodies for their Bentleys. However, with the Speed Six and it’s emphasis on performance, many were fitted with simple Weymann style bodies, ultralight coachwork made from painted fabric stretched over a wooden frame. Luckily, originality isn’t touted as highly in Bentley circles as it is with other marques, because finding an intact fabric body from the 30s borders on impossible.

The Speed Six may not have had renowned style, but it had a bold, adventurous character that epitomized W.O.’s Bentleys. Of a daring nature himself, Woolf Barnato bought Bentley Motors in 1926 and flourished into an accomplished racer behind the wheel of a Speed Six. With his guts and W.O.’s internals, it’s no surprise Barnato’s remains the only Le Mans driver to win every race he entered. 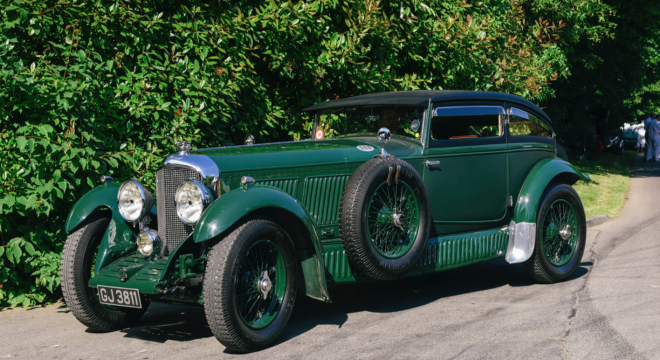 Finding an all-original Speed Six might be unlikely, but finding someone to write you a simple, transparent lease on one surely isn’t. Unparalleled customer service and honest terms are just a couple of the advantages of leasing with PFS.  No matter if you’re after a pristine, pre-war Bentley or the latest Mulsanne, a day is all it takes with the Premier Financial Services Simple Lease.