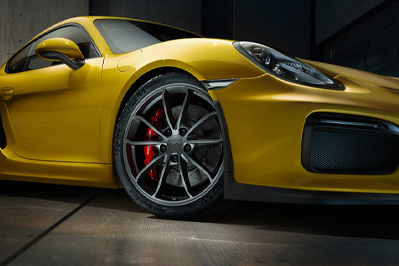 The Car Porsche Purists Would Build for Themselves

It’s the car that Porsche purists would build for themselves if they were running the show in Stuttgart: a Cayman with the 911 Carrera S engine. But Stuttgart isn’t satisfied with mere engine upgrades. And so to create the Cayman GT4, the wizards of Weissach reworked the Cayman body and chassis to build an ultimate track star that just happens to also be a road car.

Sound familiar? It’s a formula Porsche has applied to the 911 with the GT3, and in fact, the Cayman GT4 uses parts from that car. Porsche likes to tout the 1964 904 GTS — a.k.a. Carrera GTS – as a Cayman ancestor. It’s a legitimate claim in terms of vehicle layout, but the 904 GTS was just barely a road machine. (By the way, you can put one of those rare animals in your garage by leasing through PFS, too – if you can find one!)

The GT4 is, by default, the ultimate Cayman. It’s the fastest, the best handling and most track-oriented, no question. If you plan to spend a lot of time on the track, go right for the GT4. But with just about half of the annual 2,500-unit production earmarked for the United States, you might want to move quickly to get one. The Porsche experts at Premier Financial Services can’t increase production, but they can build a lease that helps ease a GT4 into your collection. The Cayman GT4 starts at $84,600 and you can customize it to your heart’s content with Porsche’s expansive option catalog. 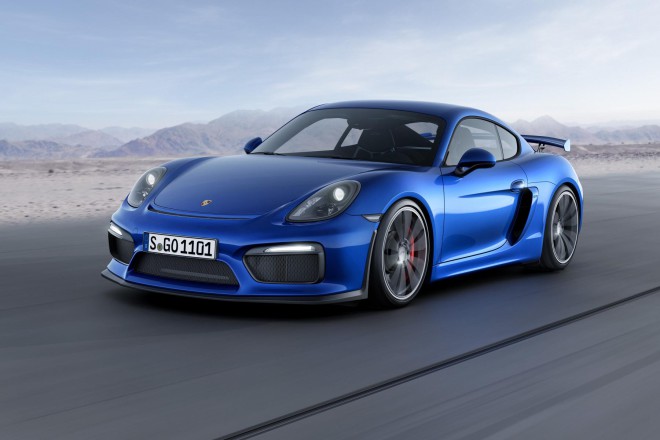 Revving Up the Performance Capability of the Mid-engine Cayman

Let’s dig in to what makes the Cayman GT4 such a hot property. You’ve probably noticed that Porsche has been revving up the full performance capability of the mid-engine Cayman lately. Just last year, the Cayman GTS arrived as the top model, above the S. The GTS straddles the road/track fence; the GT4 jumps over to the track side.

As you’d expect of a Porsche, the Cayman GT4 earned its track cred on the North Loop of the Nürburgring, lapping the “Green Hell” in 7 minutes and 40 seconds, says Porsche. That’s an astonishingly quick pace for anything, let alone a sub-$100,000 sports car. It happens to match the time set by the 2011 Porsche 911 GT3.

The Cayman GT4 is not simply a GTS with the Carrera S engine. It’s packed with a wish list of chassis parts and honed to development perfection by the company’s Motorsport department. The 3.8-liter flat six is tuned to 385 hp in the Cayman GT4. Take note: the 911 Carrera has made the switch to turbo engines, and the clock is ticking on that change for the Cayman and Boxster family. 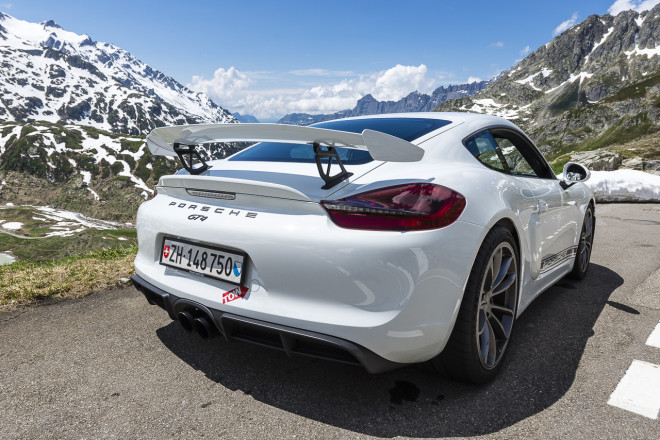 Rebel with a Stick Shift

The Cayman GT4 remains a rebel against the trend to automatic sports car transmissions: it comes with a six-speed manual only, no PDK dual-clutch automatic option. Even unaided the PDK’s supernatural shifting speed, Porsche test drivers recorded a 4.2-second zero-to-60 sprint in the Cayman GT4. The 3.8-liter flat six revs to a 7,400-max rpm max and sounds glorious through the standard Sport Exhaust. With enough of a track, it can hit 183 mph.

You’ll find the best of the Porsche parts bin throughout. The chassis is almost entirely filled out with components from the 911 GT3 and supported by standard Porsche Active Suspension Management (PASM) damping control. Porsche Torque Vectoring (PTV) is likewise standard.

Observe the stance. The Cayman GT4 sits 1.2 inches lower than other Cayman models, and its 20-inch platinum-color wheels fill the wheel wells. The front sport tires are 245/35ZR20 on 8.5-in. wide wheels and the rears are 295/30ZR20 on 11-in. wide rims. The track-tuned aerodynamic package puts three pronounced air intakes at the front and a large fixed wing on the trunk, the latter for high-speed stability. 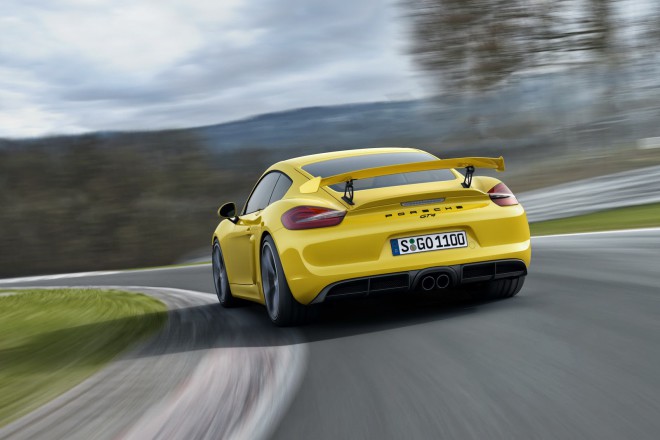 Even with all that racetrack red meat, the Cayman GT4 weighs in at just under 3,000 lbs., thanks to construction from high-strength steel, aluminum and magnesium. Standard Sport Seats Plus are covered in a combination of leather and Alcantara, the latter also wrapping the small-diameter sport steering wheel.

Now, you come to the fork in the road and track divide: If you’d plan to spend most of your time with a Cayman GT4 on the track, get the Porsche Ceramic Composite Brake (PCCB) system, the Lightweight Bucket Seats (with carbon fiber shells, no less) and the Sport Chrono Package featuring a Track Precision app. Go all in by deleting air conditioning and the standard audio system to pare weight. Porsche calls that choice a “free” option.

On the other hand, if you take your Cayman GT4 on the roads more traveled, indulge in the added comfort of 18-way Adaptive Sport Seats, upgraded audio and navigation.

Or, get one for the track and one for the road. Speak to the leasing experts at PFS to make that happen, leasing a Porsche may just be the best use of your funds.

Since 1997, Premier Financial Services has been helping clients obtain their dream vehicles through the PFS Simple Lease program, with a standard of excellence that is unsurpassed in the industry, largely due to Premier’s committed team of specialists , they are ready to assist you every step of the way.  So, when you’re ready to drive home that new GT4 or a classic Porsche and add it to your collection, your first call should be to Premier Financial Services. Premier has written hundreds of Porsche leases and has worked with Porsche dealers across the country. 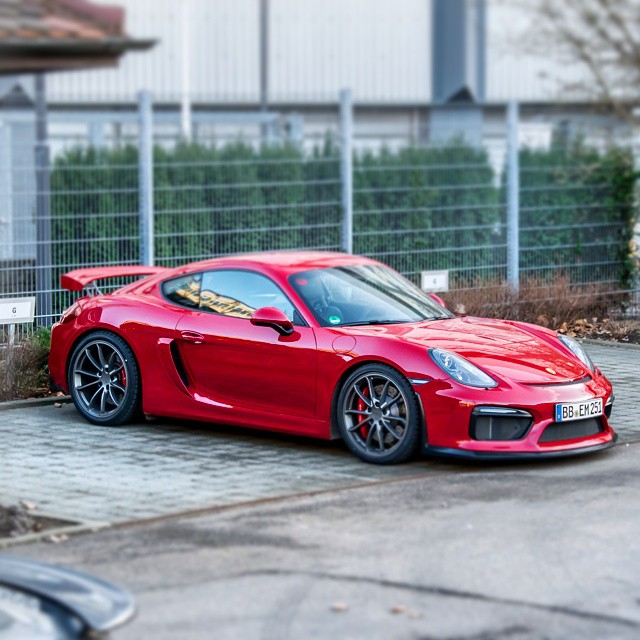