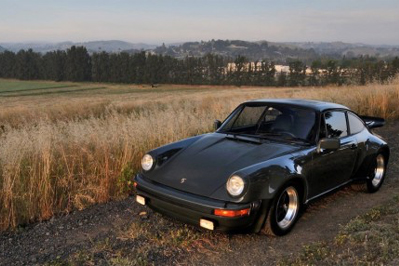 Last January, a Guards Red 1976 Porsche 911 Turbo sold for $143,000 at the RM Sotheby’s auction in Arizona. In August, a slate gray ’76 Turbo brought $1.95 million at the Mecum auction in Monterey. The difference was ownership: the nearly $2m Turbo was the last car owned by Steve McQueen, as confirmed by the late actor’s son, Chad. Call that the “McQueen premium.”

McQueen was among the 530 or so buyers who grabbed a first-year Turbo, more accurately a 930 Turbo Carrera. Hard to believe, the Turbo is about to celebrate its 40th anniversary in America. For the past 20 of those years, Premier Financial Services has leased the gamut of these boosted Teutons. Let’s take a brief look back.

Click here to find our more about how to purchase a Porsche at auction and lease it with PFS. 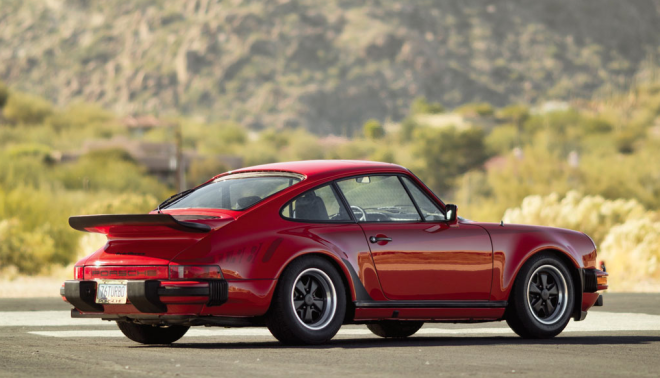 Salvation from the Malaise: Zero to 60 in 4.9 seconds

1975 was a sad year for performance cars. When Corvettes and Ferrari 308s could barely muster 8-second 0-60 sprints, you knew things were grim. And then came hope in the pages of Car & Driver’s December issue: the Porsche Turbo Carrera. This special new model cost a whopping $26,000 (about $109,000 in today’s dollars), but that wasn’t the number that got our attention. We were entranced by the performance figures: 0-60mph in 4.9 seconds, the quarter-mile in 13.5 sec. at 102 mph and a 156-mph top speed. This was a monster, a steel-and-glass middle finger to the doom and gloom that lurked within the smoky trails of diesel Benzes and the hopeless mediocrity of Pinto-based Mustangs. 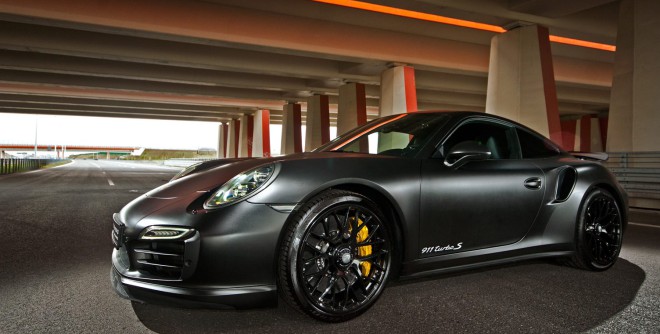 Porsche wasn’t first with a production turbo – GM got there in 1962 with the Chevy Corvair Monza Spyder (also an air-cooled flat six) and the V8 Oldsmobile Jetfire. Stuttgart first applied turbos on the track, and its astounding 12-cylinder 917s were the only machines that could beat the Chevy-powered McLarens in the Can-Am series. The 911 Turbo was originally conceived as a racing homologation special, but suddenly, the marque had a new performance flagship on its hands.

The Turbo’s 3.0-liter flat six used an absurdly low 6.5:1 compression ratio as a first line of defense against detonation. A wastegate that kept turbo boost to 11.5 psi was another. 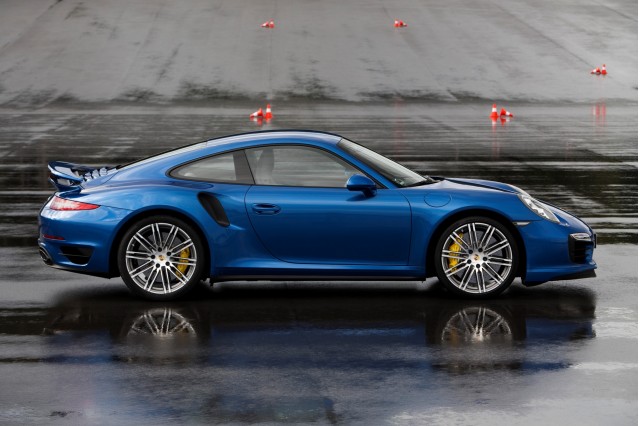 The U.S.-spec Turbo’s 234 horsepower was enough to turn a 2,800-pound car into a rocket. Torque was 246 lb.-ft., in the league of V8s at the time. Porsche met U.S. emissions standards by using thermal reactors – far from ideal. The only transmission was a wide-ratio 4-speed (with fourth a pretty deep overdrive), but it worked.

For anyone who doubted there was a substitute for cubic inches, one drive in a 911 Turbo could effect the appropriate attitude adjustment. Said Road & Track:

“It takes the driver a moment or two to realize some awesome, unseen force is pushing him back into his seat and thrusting the Carrera forward at an incredible rate.”

Though sightings would be rare, you knew a Turbo when you saw one. The fattened rear quarters covered wide tires that, along with the unique “whale tail” rear spoiler, were intended to instill high-speed stability. It was a visual signature that even Porsche came to call “Turbo look.” 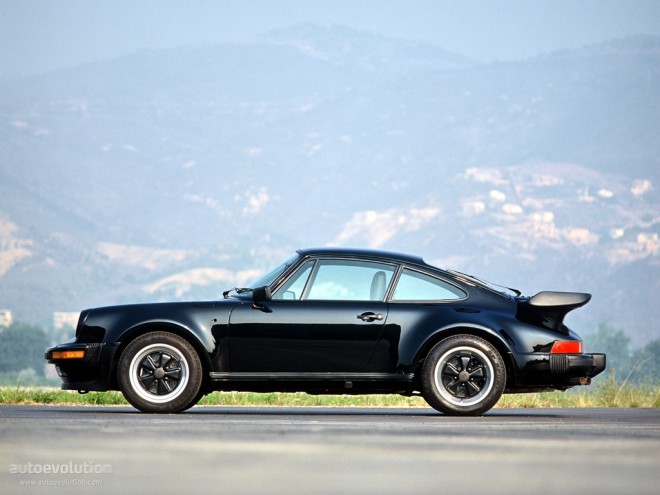 A Hiatus, and Then Evolving to Supercar

A boost in displacement to 3.3 liters and the addition of an intercooler pushed output to 265 hp in the 1978 U.S. model, but then the fun ended. Porsche withdrew the 911 Turbo from the U.S. market rather than try to meet emissions standards. The car returned seven years later with catalytic converters and 282 hp. From there, horsepower, torque and acceleration curves — and pricing — would head skyward.

Whether you’re considering a $100k+ collectible 911 Turbo or the new model that can eclipse $200k, call Premier and find out how the PFS Simple Lease is the best way to put one in your garage. 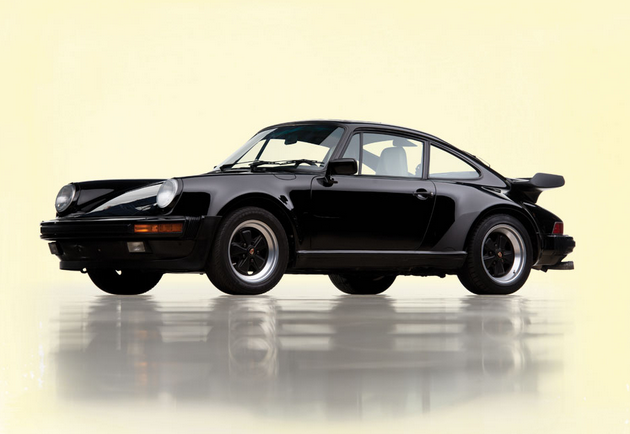 Premier specializes in leasing contemporary and vintage Porsches, and can finance any vehicle over $50,000. Our business comes from various sources, with Premier being the preferred leasing company for a majority of authorized and independent vintage and exotic motorcar dealerships nationwide. We also finance Porsches purchased at auctions or through private party sales.