Cars To Watch: Bonhams at Monterey 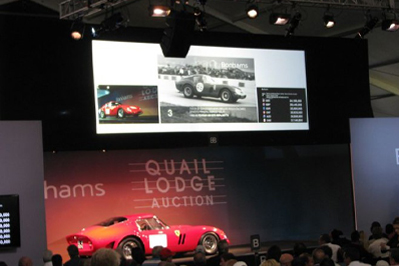 Auction Action at the Quail Lodge

The 18th Annual Bonhams Quail Lodge Auction returns to Monterey on Friday, August 14th beginning at 11am (viewing begins Wednesday) with a beautiful line-up of vintage and antique, sports and classics with a few racing cars thrown in for good measure. There will be more than a dozen examples from Ferrari and much more are to be auctioned off at the Quail during Monterey Car Week. 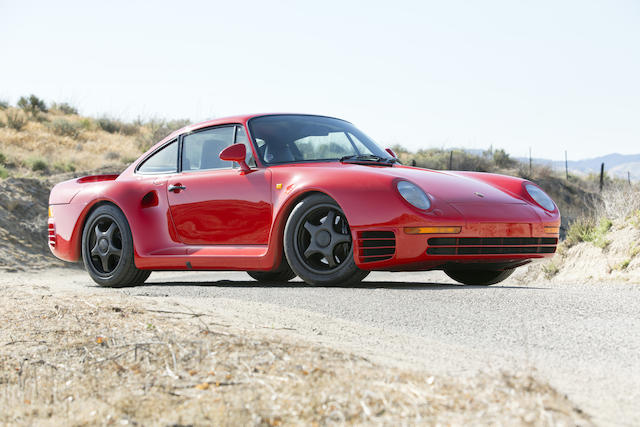 Keith Neelans, Premier’s Northeast Sales Manger, is watching the 1987 Porsche 959 Komfort at Bonhams. He loves this Porsche because it is “an amazing car, the first true super car that Porsche created and the technology was ahead of its time”. This car will be auctioned off on Lot 72 with bid estimates to start at $1,000,000 – $1,250,000. “The amazing Type 959 was Porsche’s first true supercar, the world’s fastest and quickest road car in its day, offering advanced technology that other automakers were only beginning to thinking about. Today, it is the most collectable of modern Porsches.” 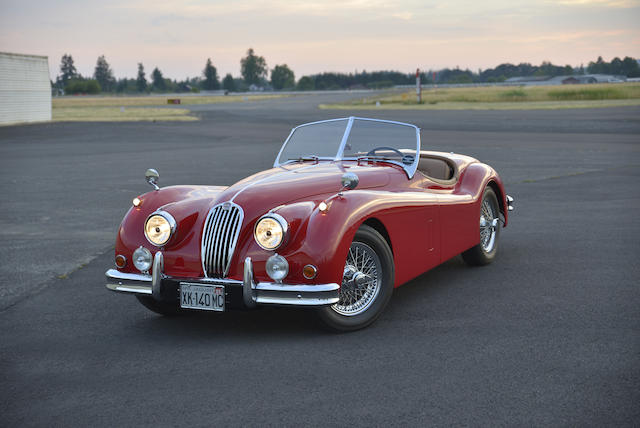 Our Midwest Sales Manager, Dave Accorsi, has his eye on the 1955 Jaguar XK 140. This was Dave’s first English vintage car he had driven back in the day. The bidding is expected to start at $110,000 on Lot 14. “The XK140 was launched in 1954, giving buyers what they loved about the 120, but with benefits of vastly improved steering, better cooling and brakes and most importantly, increased legroom thanks to a relocation of the engine and firewall.” 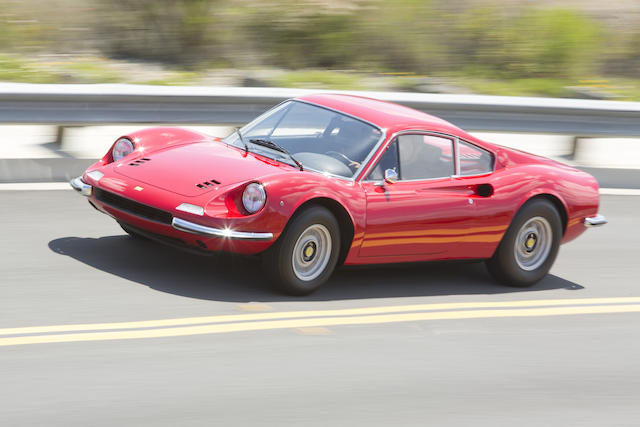 Michelle Yancey, Southwest Sales Manager for PFS, picked the 1973 Ferrari Dino 246GT as her car to watch at the auction. She couldn’t help but choose the Ferrari because “I love this lines of that year’s model”. The car is Lot 71  for an expected to sell for more than $330,000.  “Today, this exceptional Dino 246 GT presents extremely well throughout. The body is straight with a superb fit, and the factory-correct deep, lustrous red finish shows off beautifully.” 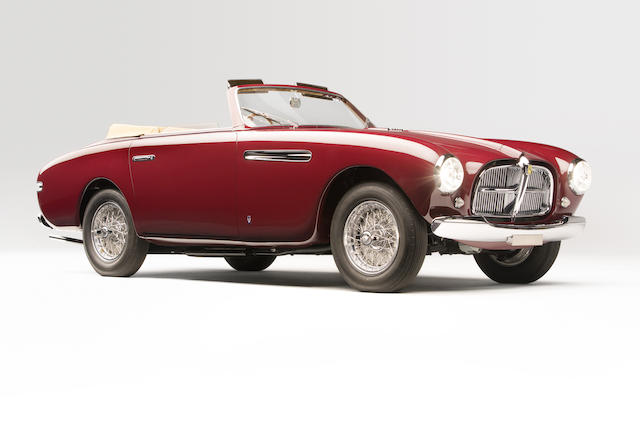 Premier’s West Coast Sales Manager, Juan Garcia, has selected the 1951 Ferrari 212 Inter Cab as his car to watch for the auction. “It is Italian sexiness at its best”, according to Juan and is the reason why he chose the Ferrari 212. The car is being auctioned off on Lot 64 and is estimated to bid in the range $2,400,000 – $2,800,000.  “A sensational example of the early luxury roadcars that Maranello was marketing to support its legendary racing efforts, this superb 212 Inter would crown nearly any collection of Ferrari roadcars, and would make an ideal acquisition for any discerning Italian sports car aficionado.”

Chris Warren, the Southeast Sales Manager for Premier, picked the 1949 BMW Veritas Scorpion Cabriolet as his car to watch for its rarity and because he is eager to see how high the bidding will go. The BMW at Lot 11 and will be closely watched by everyone in attendance.  It is an extremely rare post-war German coach-built sports car and only one of two known examples in U.S., with a few more in Europe. This car was a Pebble Beach Award Winner in 1992.

Don’t forget to review your auction basics here and be sure to contact Premier Financial Services if you will be bidding at Bonham’s this year.  Premier’s Simple Lease is a perfect alternative to financing an exotic or vintage marque.  Whether it is a classic Ferrari, vintage Porsche or Jaguar, Premier can cater a lease to your needs.