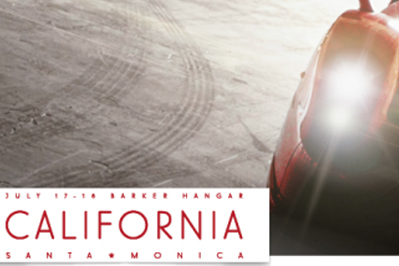 An offering of European and American iron are heading to Santa Monica, California for the Auctions America stage that will take place in the Barker Hangar on July 17th and 18th. Both old and new Ferraris, early Porsches, Cadillacs are just some of the classic cars that will be viewed during the two day event. 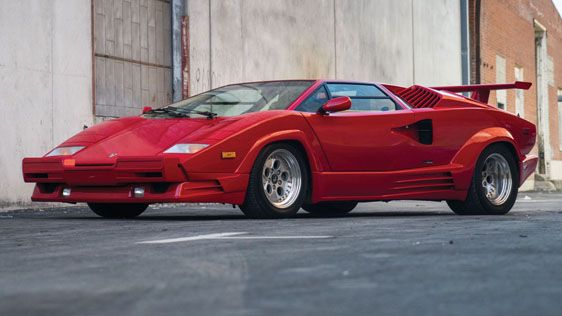 Michelle Yancey, Premier’s Southwest Sales Manager, picked her personal favorite and a classic car, the 1989 25th Anniversary Lamborghini Countach. It is estimated to bid between $350,000-$380,000 on Lot No. 2102. The Countach has become a symbol for the supercar with its out-of-this-world design. “This Countach offers the discerning collector a chance to purchase one of the most widely recognized supercars ever produced, an icon of 1980s ostentation, and in many ways the same as it left the factory. In 2004, American car magazine Sports Car International named the car number three on the list of Top Sports Cars of the 1970s, and listed it number ten on their list of Top Sports Cars of the 1980s.” 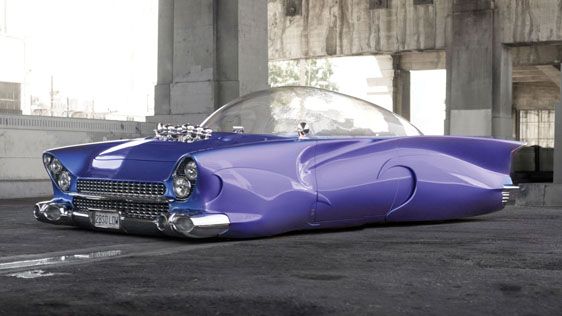 Our West Coast Sales Manager, Juan Garcia, chose the 1955 Ford “Beatnik Bubletop” Custom for his car to watch. The Bubbletop car wonderfully combine fascination of 1950s Americana with jet age fighter aircraft, rocketry, space travel and promise of the future, both real and imagined. Juan picked this car because it reminded him of the Jetson’s when he was a kid.  This car will be featured on Lot No. 2098 and is estimated to bid between $150,000-$250,000. “This one-of-a-kind, award-winning effort is simply stunning with its scooped, full teardrop skirts front and rear, pancaked hood, rolled and pleated pearl white Naugahyde interior and razor-like tailfins. The radical interior, complete with its aircraft control yoke-inspired steering wheel and bulbous dash pod, “Beatnik” is a wheeled tribute to the late 1950s and early 1960s – and it’s truly the work of an artist practicing his developed craft in the medium of metal.” 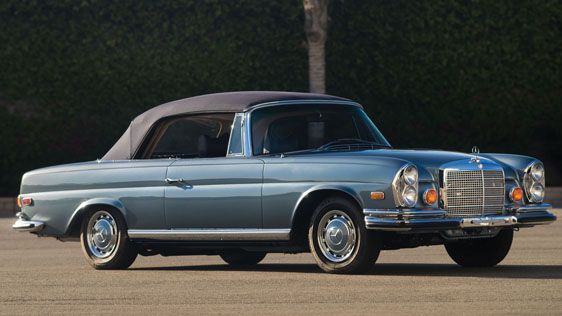 Dave Accorsi, Midwest Sales Manager for Premier, likes the 1971 Mercedes-Benz 280SE 3.5 Cabriolet and is interested to see what this high-end luxury car will go for at the auction. The estimated bidding pricing is set at $300,000-$375,000 on Lot No. 2087. “Virtually every aspect of the car has been refurbished or replaced, from the varnished wood veneers on the dashboard to the dark blue convertible top. It was desirably equipped when new with the sportier floor-shifted automatic transmission, front bucket seats with folding armrests, a Becker radio, and electric windows; all of which it retains today. All of the brightwork was replated during the restoration and shines well today. This is truly a splendid 3.5 Cabriolet that would be the ideal entrant for a wide variety of automotive events, or could also be used as a fun weekend car.” 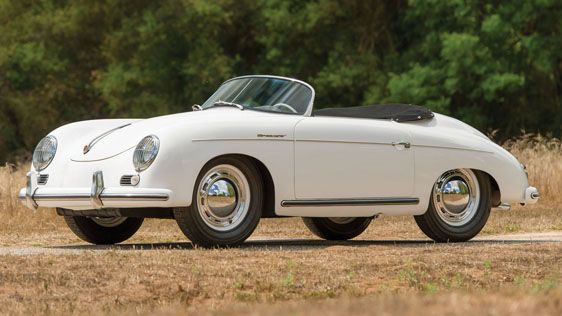 Premier’s Northeast Sales Manager, Keith Neelans is watching Lot No. 2110, the 1955 Porsche 356 “Pre-A” 1500 Speedster. He loves the 356 for it’s timeless and beautiful body work, which this specific car’s body work is done by Reutter.  This rare car’s estimated bid value is $340,000-$380,000. “This beautiful 1955 Pre-A Speedster painted in its original Speedster White with tan carpet and black speedster seats has just underwent a complete rotisserie restoration leaving no bolt or nut unturned. Every area of the car has been meticulously restored to factory original specifications. The factory specification restoration was orchestrated the car’s owner of nearly 50 years and is available for the next owner to enjoy for many years to come.”

Chris Warren, Premier’s Southeast Sales Manager, chose the 1960 Mercedes-Benz 300SL Roadster as his car to watch. Chris thinks it will be good for the market health if this car is purchased at its estimated bidding price, which is $1,200,000-$1,500,000 on Lot No. 2120. “This charming 300SL is mechanically correct and is an example that runs its correct drivetrain – one that certainly offers strong cosmetic quality and can be enjoyed as a capable driver. The radio is the preferred Becker Le Mans unit, and this machine assures its next owner ease of use and luxurious performance as one of Mercedes’ most esteemed open-top models. An arresting example of Mercedes’ classic SL Roadster that is sure to turn heads wherever it goes, this car would beautifully complement the finest of collections.”

Don’t forget to review your auction basics here and be sure to contact Premier Financial Services if you will be bidding.  Premier’s Simple Lease is a perfect alternative to financing an exotic or vintage marque.  Whether it is a classic Lamborghini, vintage Porsche or Mercedes-Benz, Premier can cater a lease to your needs.