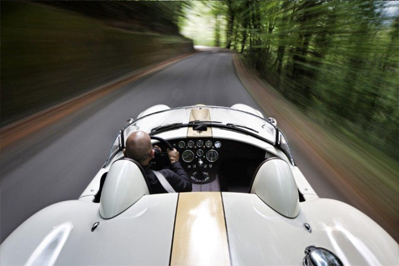 The Monte Carlo Sun Auctions is showing its first auction featuring luxury and sport cars this year in Monaco, off the coast of France. According to Monte Carlo Sun Auctions they will be displaying some of the very best, fastest and desirable sports cars on the market this weekend at the impressive auction show. Additionally, the auction can expect to attract very prestigious and outstanding collectors. It is the only luxury car auction this year in Monaco. Below are a list of cars Premier watching this weekend.

Premier’s VP of Sales, Doug Ewing is watching the 1947 Ferrari 212 Inter at Lot 12. The 212 Inter first appeared at the Turin Salon in 151 and has enjoyed great success since its creation. Doug has chosen to watch this car for its overall sexiness and aesthetic appeal.

The crew at Premier’s headquarters has all agreed interest in the 2005 Gardner Douglas G350. GD is a British company specializing in the reproduction of sports cars of the 60s handmade but with all the mechanical and electronic components of today. According to Monte Carlo Sun Auctions, the company produces replica Lola T70 spider, AC Cobra in open and closed versions for 25 years.

Chris Warren, Premier’s Southeast Sales Manager is curious to see how the Porsche 356 B performs at this weekend’s auction. Like most of us, Chris goes through phases of interest in particular cars, right now, he is very captivated by 356 models. The B model had a release in 1960 at the Frankfurt Motor Show in 1959. The model has been incredibly popular ever since, a true classic Porsche.

Premier’s Midwest Sales Manager, Dave Accorsi is watching the 1978 Corvette to see how an American car does overseas. The Corvette was radically transformed in 1978 in ten years, marking a 25 year anniversary for the model. According to Monte Carlo Sun Auctions, the story began when Chevrolet accepted an invitation from the Indianapolis Motor Speedway. They were asked to provide a Pace Car for the 1978 edition. Chevrolet decided to create a special model replicas which were sold to the public.