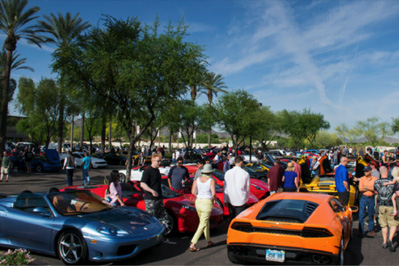 With so many 2016 models preparing to become available in a few months, we wanted to give our praise to the incredible selection of sports cars already in today’s market. It’s not an easy process, by any means, but we’re confident our picks for 2015 are the cream of the crop in terms of speed, prestige, handling and overall design. Whether it’s your standard highline sports car or something a little more exotic, here are 7 of our favorites sports cars. 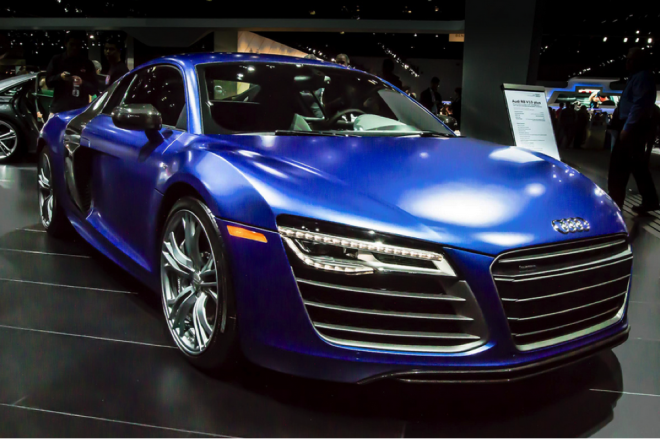 Does 550 horsepower and a 5.2-liter FSI V10 engine give you goosebumps? Then you’ll definitely love the R8 V10 Plus, as it delivers a command that makes the heart quicken, and a high-end handling that gives you the patent relaxed driving experience. Strongly constructed but still lightweight, the R8 offers plenty of zoom and a beautiful tech-savvy interior, and comes in around an MSRP of $173,500. 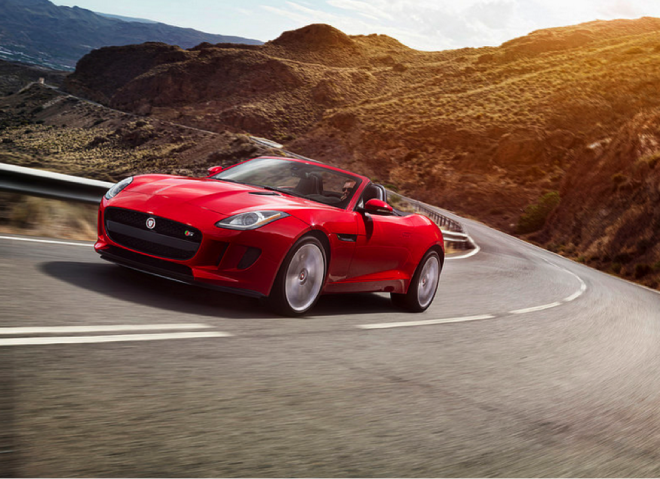 Backed by a supercharged 3.0-liter V6 engine, Jaguar’s F-Type offers 340 horsepower in its base model with 40 more horses for the Sports edition. More cost-effective than others in its class, the F-Type’s MSRP comes in at $65,995, but it doesn’t mean the manufacturer cheapened out on the product itself, as it provides a speed and precision found in even higher cost models of the same build. 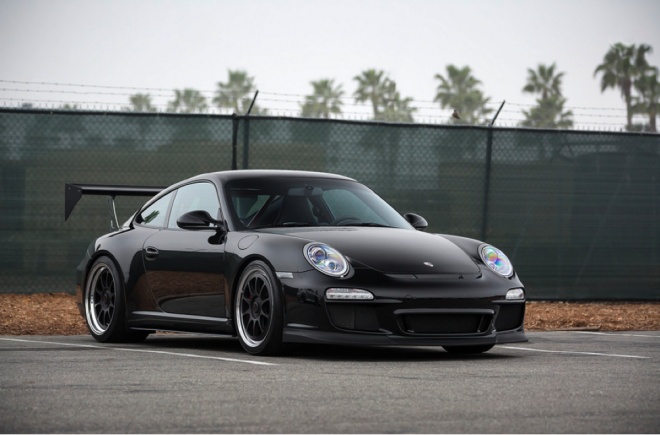 The legend of the 911 continues, mostly sticking to its original design, but with enough substantial updates to make even most software companies rethink the way they’re rolling out their latest versions. Its 3.8-liter, 6-cylinder engine knocks out 475 horsepower and speedily gets it from 0-60 in just 3.3 seconds. If that’s not impressive enough, the two-seater – dubbed “one of the best sports cars available” by Car and Driver and whose MSRP is $130,400 – offers more options than your favorite deli. 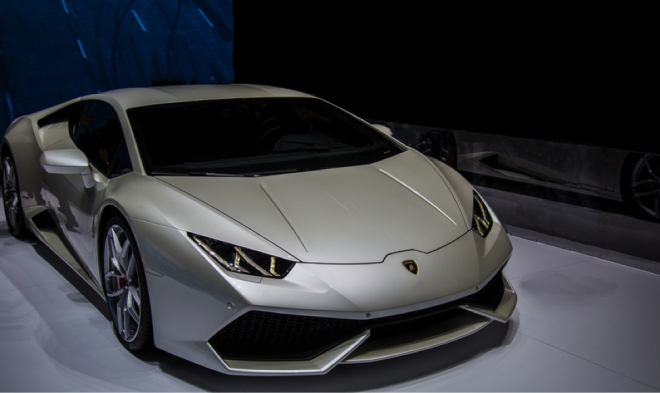 The best way to sum up the 2015 Huracan is by quoting directly from the Lamborghini website itself: “It’s like a time machine. Only faster.” Skinned in a hybrid aluminum and carbon fiber body, Lamborghini’s Huracan has a top speed just greater than 202 mph that’s wholly fueled by the speedster’s 317.6 cu. in. V10 90-degree IDS engine. Want one? The MSRP on the ultra-exotic base model is currently $237,250 – a great price for anyone looking to lease the eye-catching auto. 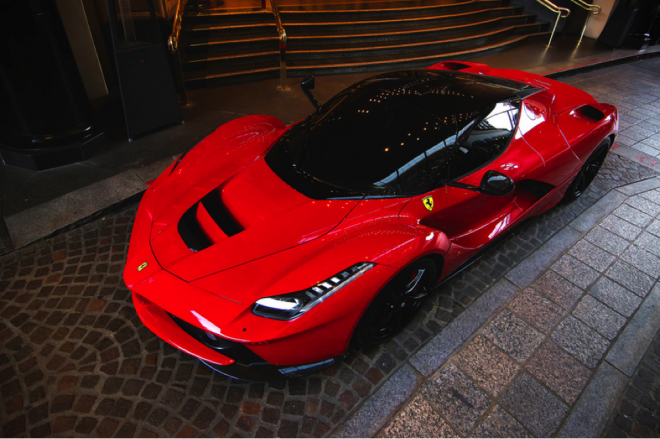 For every Lamborghini on the road, there’s a Ferrari sitting opposite and smiling. In fact, the 2015 LaFerrari is probably the leader of any pack of ultra-exotic cars, offering a 789-horsepower V12 engine boosted by an electric motor that adds 161 hp while improving fuel economy. Comparable to others in its class at an MSRP of $1.416M, the LaFerrari makes every penny worthwhile with its dramatic design and unparalleled interior options, catering to those who adore the simplistic and those who want a little of everything. 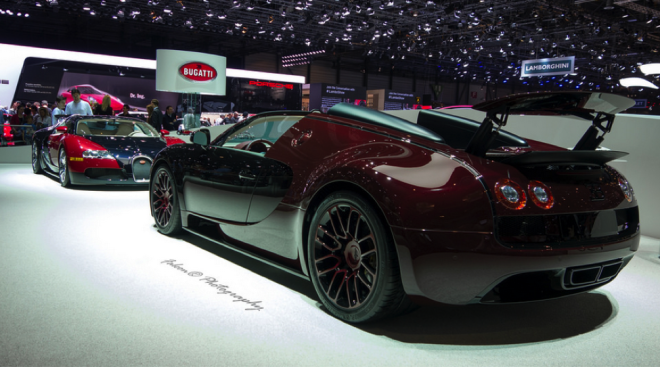 Combining the elegant lines of the Grand Sport with the high performance of the Veyron Super Sport, the Vitesse leaves most of the competition behind with its 1,200-horsepower engine that hits 0-62 in 2.6 seconds. With a top speed of 255 mph, the last of the Veyron models gives a grand exit with its fully carbon fiber exterior and interior lathered in aluminum, magnesium and carbon fiber components. Get your wallet ready, however, because this Bugatti comes in at an MSRP of $2,625,000. 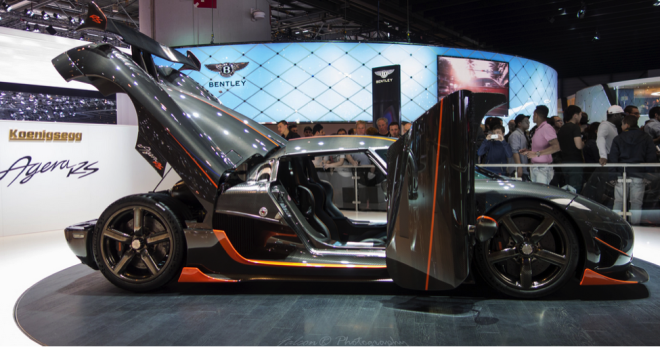 In the hypercar category of ultra-exotic vehicles, the Agera R nearly breaks the sound barrier with its 5.0-liter twin-turbocharged V8 engine whose 1,140 horsepower only slightly exceeds its 885 lb.-ft. of torque. From 0-62 in 2.8 seconds, this Koenigsegg can accelerate from a standstill to 124 mph before coming to a full stop in only 12.6 seconds, making it a vehicle you may have to register with the United States Air Force. Yet, it’s certainly going to keep you on the ground with its electronic stability control and Formula 1-derived traction control system, so putting out the asking price of roughly $2,000,000 is a great move.

Have a favorite sports car of your own and want to find yourself behind its wheel sooner rather than later? We can make it happen. Contact us today to discuss the options available on our PFS Simple Lease and make your vision a reality. Also, check out even more of our exciting vehicle-related topics in our News & Events section for information and inspiration ideal for car enthusiasts of every kind.