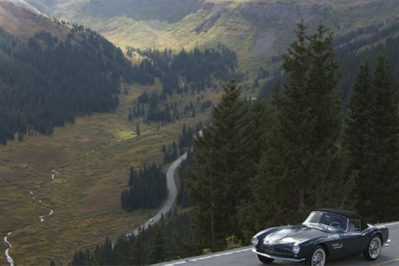 Where: The Colorado Rockies and Western Wyoming

Vehicle Eligibility: 1960 and earlier sports and race cars of distinction

Overview: The rally begins and ends at The Vail Cascade Resort and Spa. Included in the event package will be attendance at the Finish Line dinner, benefit auction and award presentation before wrapping up at the famous Concours d’non Elegance which will be held in the Vail Lionshead Village.

2015 is the 27th anniversary  for this remarkable event which has contributed more than $4.5 million dollars to Colorado charities.

The Colorado Grand is an annual charity tour for 1960 and earlier sports and race cars of distinction. Every September at the peak of the fall color season, approximately 85 vintage cars are driven in this relaxed, non-competitive event, covering 1,000 miles through the Rockies in five days.

Besides having fun with vintage cars and introducing you to Colorado, the rally generates over $300,000 annually which it donates to carefully selected Colorado charities. It also make donations to towns where the rally stops for lunch and awards college scholarship to a graduating high school senior in each of these communities.

The 2015 event is scheduled for September 14-19, starting and finishing in Vail, Colorado.