4 of the World’s Most Notable Celebrity Car Collectors 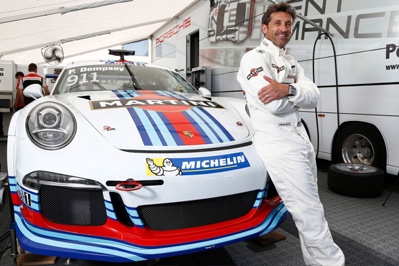 Making a list of the world’s most remarkable celebrity car collectors isn’t particularly easy. There are numerous personalities who have a fondness for the automobile: both of the vintage and modern variety. However, some have truly set themselves apart when it comes to their collections. They display themselves as not only people of public notoriety, but as those whose passion for collecting spectacular vehicles is simply unquestionable.

The former Tonight Show host is well-known for his collection of autos. Today, it tops well over 100 different cars and nearly as many motorcycles in his California garage – garage being used loosely, as it’s actually a former airport hangar in Burbank. Though a number of celebrities have become fond of one particular make or model, Jay prefers to purchase vehicles he can’t imagine not being part of his collection; and unlike other collectors, he also drives every single vehicle in his garag. This has partly led to the success of a television show detailing his affinity for automobiles: Jay Leno’s Garage. A couple of his most extraordinary autos include his 1906 Stanley Steamer Cup Racer and 1995 McLaren F1.

A renowned Porsche collector, Jerry Seinfeld has built a fairly extensive collection of different models manufactured by the German automaker. Further, some consider it to be one of the largest Porsche collections in the world. His infatuation began with the purchase of a 911 Carrera, and now includes rare pieces such as the 1949 Porsche 356/2. In addition, the extraordinary Porsche 918 Spyder. He’s often seen driving the 918 on the streets around his home in Malibu, California.

The WWE wrestler, actor and muscle car enthusiast has a collection of roughly 20 vehicles, most of them coming from American manufacturers, and of the rarer variety. Though much of his free time is spent traveling the roadways of the United States for professional wrestling events, John always enjoys coming home to drive his personal favorite – a 1971 AMC Hornet SC/360 – or one of his other impressive automobiles, which include a 1966 Dodge Hemi Charger and a 1970 Buick GSX.

When he’s not busy saving lives on Grey’s Anatomy, Dr. McDreamy can be found racing vehicles from his personal car collection professionally. There, this makes him one of the more serious collectors to make our list. While the size of his collection pales in comparison to those we’ve already mentioned it certainly doesn’t lack in the speed and power categories. Some of his most notable cars include the iconic 1972 Jaguar E-Type V-12 convertible, and the 1969 Mercedes-Benz 280SE. Lastly, he has a silver Mercedes SLS Gullwing.

Are you putting together your own collection? Be sure to check out our list of upcoming auctions and events which covers every region in the U.S. You can also learn more about how to get the car of your dreams through our PFS Simple Lease.