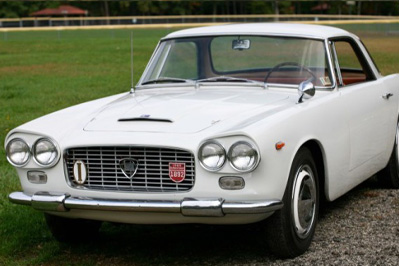 At least once a month I find a way to justify getting on an airplane and heading out of Southern California to a car event, auction or a place where I can visit a customer or two, stay up-to-date on asking and selling prices and ultimately to buy some cars.  New inventory is the life-blood of a vintage car dealership and finding it takes work, patience and a very good general awareness for what is going on around you.

Back in the days when these trips were financed by my employer, I took them much more seriously than I do now.  Prior to booking the travel, I had one or two deals partially negotiated and knew that I was just flying in to verify what I had been told by the seller and iron out the details.  It was always worth it.  The travel expenses earned their keep every time, whether it was saving me from a large mistake (buying the wrong car or paying the wrong price) or allowing me to see what else was in the garage in the way of additional cars or spare parts and documents that pertained to the car I was buying.  After so many years of successful trips to interesting places like Hemlock, Michigan where I flew immediately after hearing that the manager of a Napa Auto Parts store had a Shelby 289 Cobra for sale on consignment.  The kicker, it was parked next to a Gullwing.  In short, when I get on the road with my checkbook in hand, I never regret it.

My most recent trip was to the Hershey, PA to the AACA Eastern Region Fall Meet.  It’s not exactly a mecca for postwar European sports cars (my main area of interest), but I was reasonably sure that in a crowd of car guys that large, I could be productive.  The weather was miserable with more rain falling during the three days I was there than we will see in S. California all year.  I walked the car corral that circles the perimeter of the parking lot and was not surprised that I didn’t find anything that was right for me.

I was soaking wet and about to head back to my room when I learned there was an interior lot that held corral cars too.  I decided to go find it and have a look.  When I finally found it, I spotted what I thought looked like a Maserati 3500, but the closer I got, I realized it was wearing a Lancia badge on the grill.  I have always been aware of Lancias and have appreciated looking at them at concours, but I have never gotten involved.  I have always hoped someone would want to trade in their Aurelia B20GT someday and then I’d be in the Lancia business.  It never happened.  I stood and looked at the car for a while, wet, cold and really excited that I had found something that just might work for me.  I imagine if a Lancia could think or talk, it would share the same excitement about meeting me.  We were both out of place at an AACA event.

I called the phone number on the dash and reached the owner.  He said he was visiting friends in the Cadillac section (the extreme opposite end of the venue) and that he was finally sort of dry.  He asked me to meet him at the car the following day, so I went back to my room and did some research.  The car in the rain turned out to be a Lancia Flaminia GT 3C Coupe and a few hours of Google searches, I was nearly an expert on the model.  I poured over the specifications and was really astounded to learn what a technically advanced car one can buy for the price of a decent Porsche 356 coupe.  Lancia started with a space frame with an independent suspension and an anti roll bar up front and a De Dion system in the rear which leaves enough space for a transaxle.  Disc brakes are on all four corners with those in the rear being inboard.  The weight distribution is excellent.  The engine, also derived from the Aurelia, was the world’s first V-6 and displaced 2.5L before growing to 2.8L in 1962.  When fed by three carburetors, it could develop as much as 152bhp straight from the factory.

This particular car, the 2.5L triple carburetor variant, was clothed in the somewhat awkward, but also stylish, Superleggera aluminum coachwork by Touring.  After educating myself on the market, I learned the seller of this car had accurately priced his example and I needed to negotiate some room to make a profit.  Thanks to the rain and a possibly some help from the venue, I was able to purchase the Lancia and have already sold it to a good client.  It passed through the books with some regret though as I think it would be a very smart car to hold and predict it will appreciate very nicely over the next few years as awareness increases.