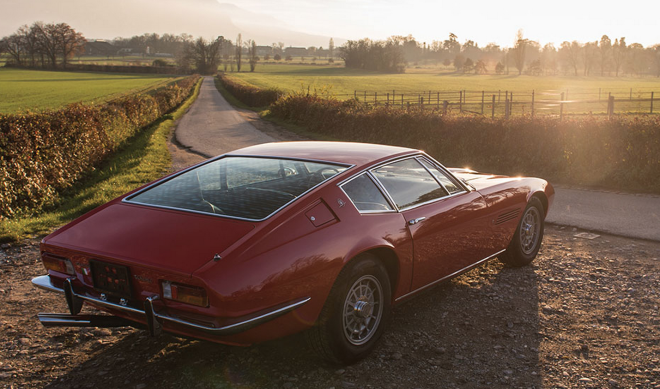 An Italian masterpiece from the GT Renaissance Period.

Named for a North African windstorm, the original 1967-1973 Maserati Ghibli blew through the ranks of Italian GT’s as a 150+ mph instant classic and – to most eyes – one of the most beautiful cars ever made. There is no questioning the original Ghibli’s place in the pantheon of motorized Italian masterpieces. Lucky is the automotive connoisseur who parks one in his garage.

In 1992, the Ghibli name resurfaced on a fast but blocky looking two-door based on the BiTurbo model. And today, the badge adorns Maserati’s midsize sport sedan. Yet, neither of those marketing choices has in any way dimmed the glow of the original. 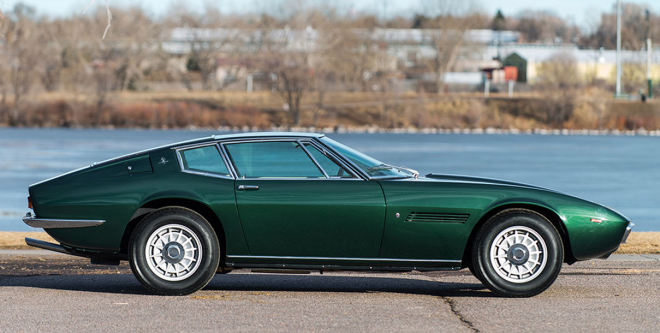 According to Hagerty, values of the original Maserati Ghibli have more than tripled in the past four years or so. Yet prices for the best Ghiblis still significantly trail two Italian supercars often mentioned in the same sentence: the Ferrari 365 GTB/4 Daytona and Lamborghini Miura.

That comparison is actually unfair to all three, however. The Ghibli was not meant to be an ultimate road burning supercar, but rather a high-speed luxury road jet. In that regard, the Ghibli was a standout, even if its powertrain and chassis technology seemed behind the times. More on that in a moment. 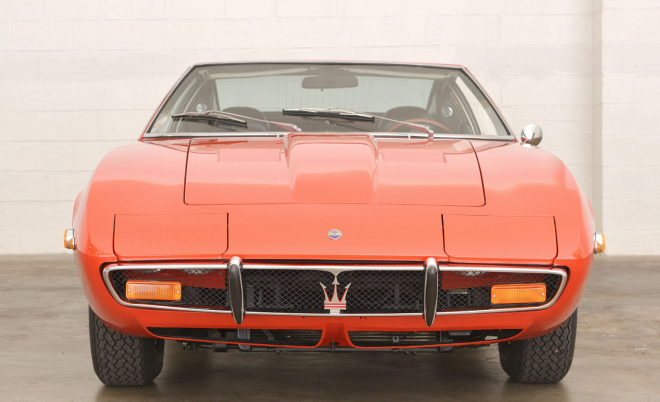 The 1967 Maserati Ghibli sprang from the prolific pen of Giorgetto Giugiaro, working for Ghia at the time. He had already designed the Iso Grifo and Alfa Romeo GTV and, before those, a one-off 1960 Ferrari 250 GT SWB, plus a one-off Mustang commissioned by the publisher of Automobile Quarterly, all while working for Bertone.

The Ghibli is said to be Giugiaro’s favorite design from that period. It’s not difficult to see why. At first glance, the Ghibli displays the angular theme that would come to define Maseratis of the 1970s. On close inspection, however, the body reveals its many sublimely subtle curves. Giugiaro, too, seems to have perfected the fastback form on the Ghibli, with its roof being one exquisitely clean arc from windshield header to tip of trunklid. 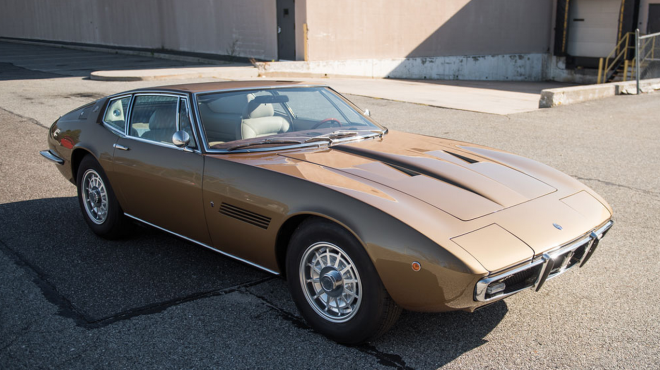 The 1967 Maserati Ghibli retailed for $19,000 when new. Henry Ford II was reported to have bought the first one imported to America, and that car has been accounted for. While Hank the Deuce had an eye for Italian beauty, he would have no doubt recognized a couple of similarities to American sporty cars of the era. For one, the Ghibli was powered by a V8 rather than the V12’s found in rival Ferrari and Lamborghini models.

Descended from the Maserati racing engine of the 1950s, the 4.7-liter Ghibli V8 used aluminum construction, double overhead cams, dry-sump lubrication and four twin-barrel Weber carbs. While its engine was far more exotic than the typical American pushrod V8, the Ghibli burbled like a musclecar at low speeds, but the sound turned into a mesmerizing howl as revs climbed.

The Leaf Doesn’t Fall Far from the Tree

That kind of twist was a very American characteristic, and so was the optional 3-speed automatic transmission, though most had the standard 5-speed manual. In 1969, the Ghibli SS appeared with a 4.9-liter, 330-horse version of the engine and a top speed of around 165 mph. Built from steel, the Ghibli coupe weighed about 3,600 pounds.

Less appealing was the Ghibli’s simple leaf-sprung solid rear axle, not much more sophisticated than what you’d find in the Mustang of the day. That was a holdover from earlier Maserati models, and guess what, it worked. Ultimate handling was not the Ghibli’s forte, but long-distance high-speed touring comfort was. 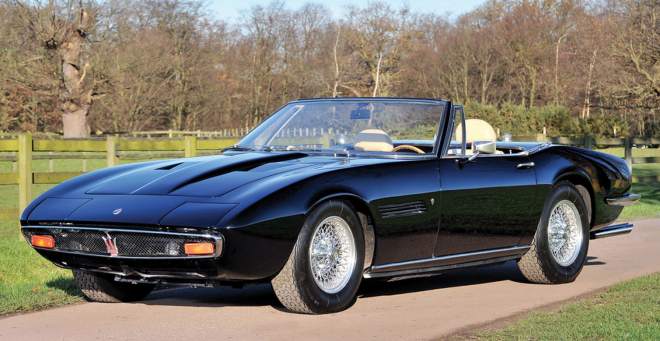 Along Came a Spider

Like Ferrari, Maserati capitalized on the desirability of its top model by offering a rare top-down version. The Ghibli Spider appeared for 1969 and ultimately, just 125 would be made, about the same number as Ferrari Daytona Spiders. Of those, 25 were the more powerful Ghibli SS. In all, 1,170 Ghiblis were made. 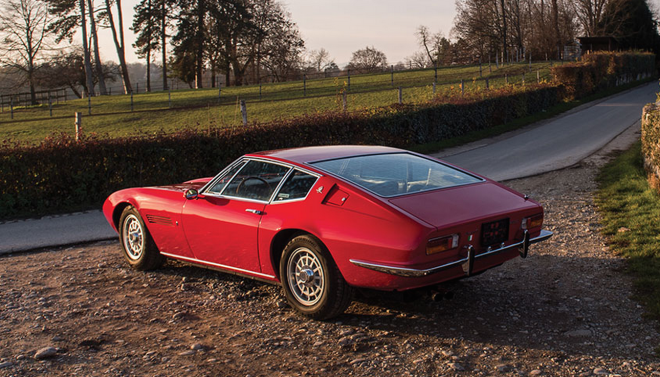