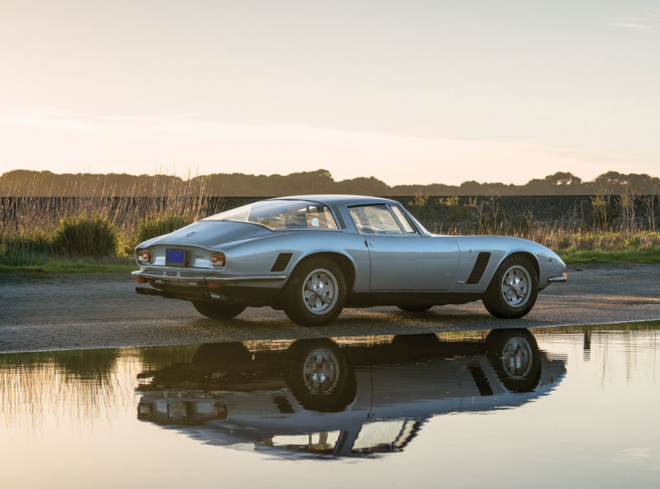 If the Ferrari 250 GT Lusso had a rival for beauty in its day, it was the Iso Grifo. Designed by Giorgetto Giugiaro working for Bertone, and engineered by former Ferrari engineer Giotto Bizzarrini, the Grifo was the second model from Iso Rivolta, the first being the pretty IR 300 2+2 coupe also from Giugiaro’s pen.

The Grifo was a rarity, with 402 built from 1964-1974 in several versions. A 1970 Series II Grifo, which featured a dropping nose and partially hidden headlights, sold for $264,000 at the RM Sotheby’s Amelia Island  Auction this past March. The car was actually the first of that series and the show car for that year’s Turin Auto Show. It was also said to be the personal car of Piero Rivolta, who became managing director of Iso when his father, Renzo, died in 1966.

And to think, it all began with a little bubble car … 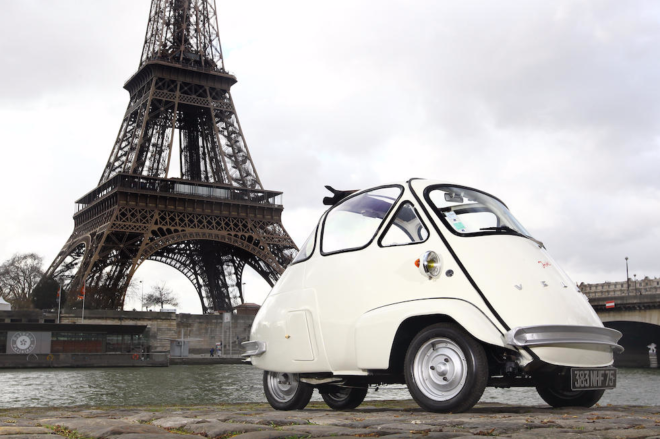 From Bubbles to Baubles

As Europe was rebuilding in the aftermath of WWII, small, inexpensive transportation devices were in high demand. Italian industrialist Renzo Rivolta, whose Isothermos company had manufactured refrigeration units before the war, started producing scooters and a little bubble car you may know, the Isetta. BMW licensed the design.

By the early 1960s, Europe was turning out more wealthy industrialists, and Rivolta switched to building luxury GTs, coming on the scene around the same time as Lamborghini. Both had Ferrari in their sights. Just to drill the point home, the Iso Grifo badge was a griffin, a mythological creature that was a combination lion and eagle – and apparently hated or even ate horses. (SAAB and Vauxhall also used a griffin symbol.)

Unlike Lamborghini, which developed a V12 engine, Rivolta followed the path of Facel Vega and Allard in years prior, using a powerful and reliable powerplant from Detroit. He chose a good one, the compact and relatively light Chevrolet Corvette 327 cubic-inch V8. The 340-horsepower version made the Grifo a 150 mph car. 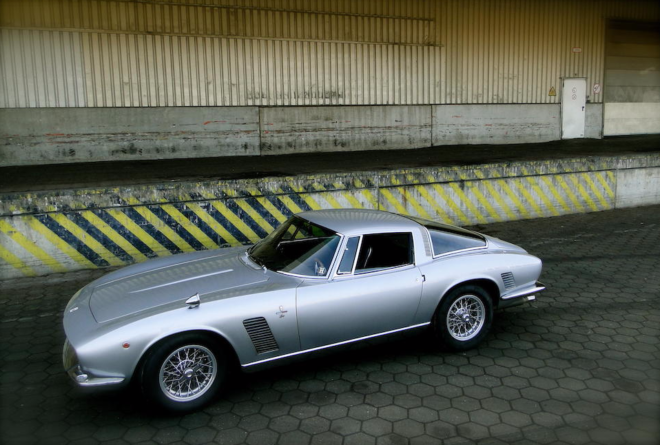 Separated at Birth, or not Long After

Bizzarrini engineered two Iso Grifo models: the Grifo A3L (Lusso) was the road car, with the Bertone design. The Grifo A3C (Corsa) was the race model, with its engine pushed farther back and an almost impossibly low body by Drogo. Iso built about 30 Grifo A3C models before focusing solely on the road car, now known as the Grifo GL (Gran Lusso). Bizzarrini started his own company and built about 140 A3C-derived models, including a road version called the 5300 Strada.

The Grifo chassis was more sophisticated than the Maserati Mistral’s, using a de Dion rear suspension setup rather than a solid axle on leafsprings. It was not as modern as the independent rear suspension on the Jaguar E-Type or Ferrari 275 GTB, but it gave the Grifo excellent road manners. 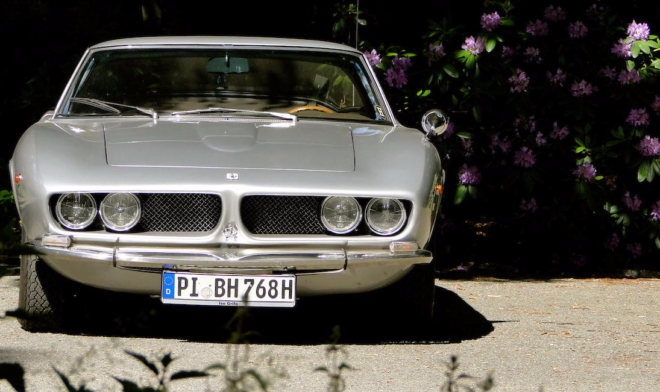 The Grifo’s engine might have been mass-produced, but the rest of the car was hand-built. Body parts were made for each car and so could be a bit different car-to-car, as one might expect. The interior, too, reflected the best of Italian craftsmanship and luxury. A prominent wooden plaque on the center dash reminded occupants that the car was by ISORIVOLTA. A Grifo had a list price of about $14,000 in the late 1960s.

The Iso Grifo engine choices followed the Corvette, from the 300-hp 327 up to variants with 365 hp, and then later the 350-hp 350 cubic-inch version. A 4-speed was standard, while options included a ZF 5-speed and GM automatics. Iso, too, jumped on the 1960s big-block muscle bandwagon and introduced the “7-Litri” model with the Corvette 427 cubic-inch V8. A high-riding hood scoop needed to clear the bigger engine’s air cleaner marred the design somewhat. A 1969 version sold at the Gooding & Co. 2016 Pebble Beach auction for $682,000. Iso also built 13 Series I Targa models. 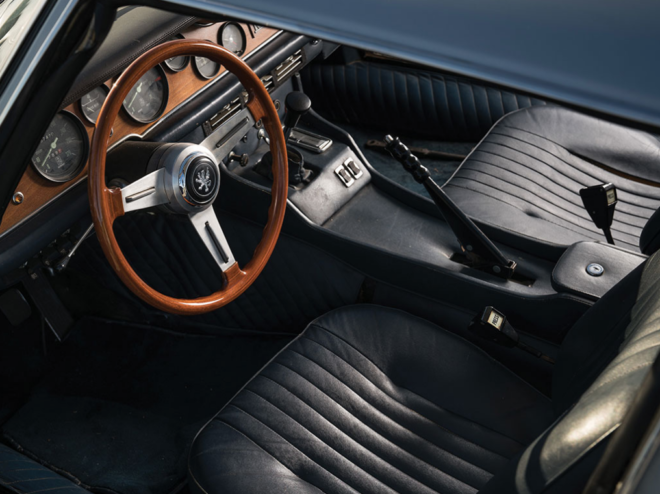 The 1970 redesign brought a taste of the Ferrari Daytona to the Grifo’s front end. The 7-Litri was renamed Can Am, a nod to the Chevy big-block engine’s use in that racing series. The Grifo Can Am also adopted the Vette’s 454 cu. in. version of the engine, and a 180+ mph top speed was claimed. Iso built four Series II Targas and then closed out the Grifo series with about three dozen coupes powered by the Ford 351 “Cleveland” engine, the same as used in the de Tomaso Pantera.

Iso also offered the Fidia four-door sedan and the Lele 2+2 coupe, but it’s the Grifo that stands out as the masterpiece. The company stopped building cars in 1974. Unfortunately, many Iso Grifos were consumed by rust. 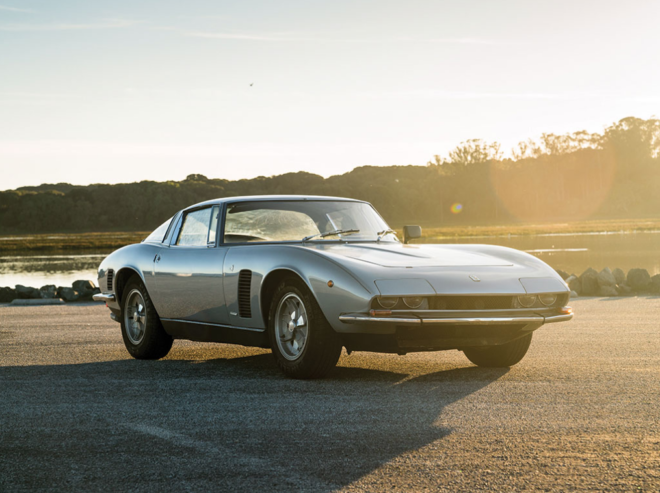